Discord 'looping the community in' with early access game program 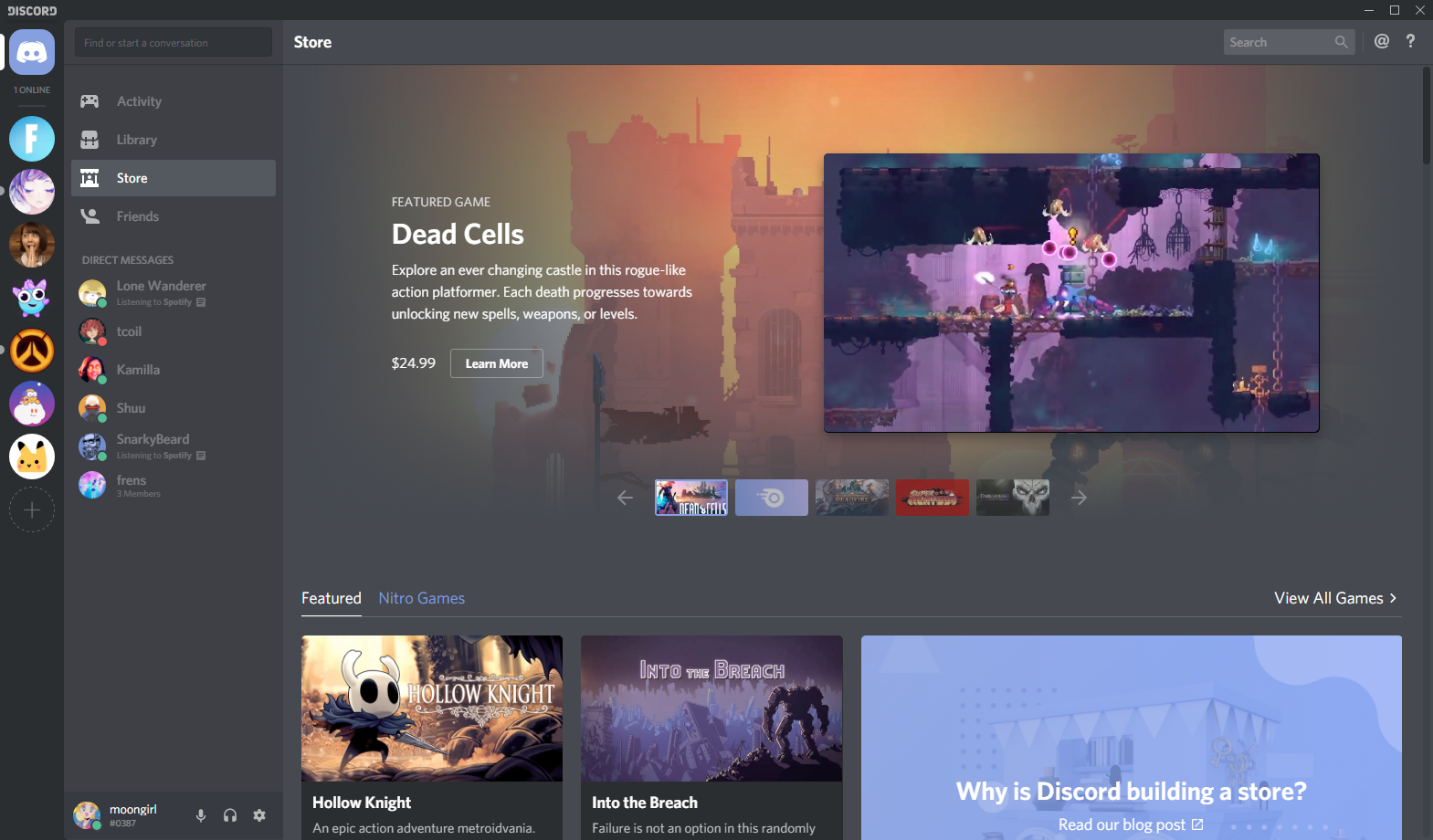 Just weeks after launching its game store, the chat and voice app Discord is taking another step into the world of digital game distribution with an early access program. In a blog post, Discord explained that this allows developers to involve players in the development process, and “by looping the community in early and asking for feedback, they’re able to create something that resonates much more strongly with players.”

Early access isn’t a new concept, of course; PC mega-distributor Steam has been doing it for years, with more and more developers allowing customers to purchase early versions of their games and provide feedback. Because it’s primarily a communications app for gamers, Discord has the added advantage of making it easy to connect: each of the five games currently available for early access has a verified server that allows customers and creators to chat.

According to No More Robots Director Mike Rose, whose extreme downhill racer Descenders is in the first wave of Discord early access titles, “Giving our community a way to get involved through feedback and funding gives us what we need to steer our game’s development in the direction that players want.”

While early access does allow developers to potentially get valuable feedback from players, it has its downsides as well, since customers are essentially buying an unfinished game. It’s not unheard of for developers to “over-promise and under-deliver” using this method, but smaller publishers like Devolver Digital have used it with great success.

There are currently five games on Discord’s early access marketplace: the aforementioned Descenders; cartoony dino-park sim Parkasaurus; Kynseed, a sandbox life simulator made by former Fable developers; the nightmare-inducing psychological horror title Visage; and the first-on-Discord Mad Machines, which is sort of a deadly sportsball game with robots. It’s a well-rounded group with elements from several different genres, but time will tell if customers having instant access to the developers will be a help or hindrance in the process.