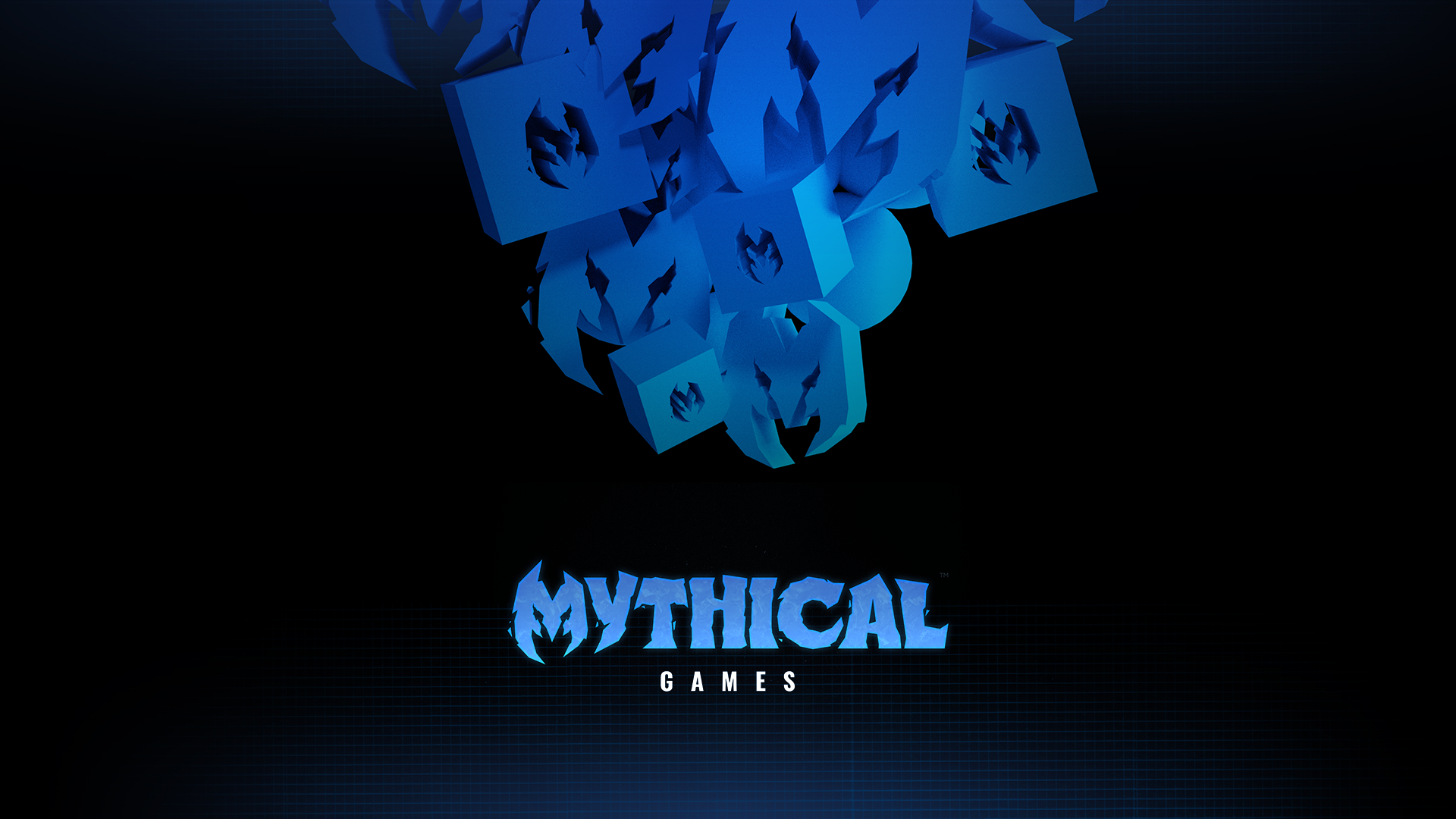 There’s a new studio in town, and it’s Mythical. The freshly minted Mythical Games, based in Los Angeles, is aiming to revolutionize in-game economies with the help of blockchain technology, and the company just landed $16 million in Series A funding led by Galaxy Digital’s EOS VC Fund, along with significant participation from Javelin Venture Partners as well as DDC, Fenbushi, Noris, and OkCoin.

The founding team at Mythical has plenty of experience working on major franchises, such as Call of Duty, World of Warcraft, Guitar Hero Live, Marvel Strike Force, Skylanders, and others. CEO John Linden was most recently the President at Seismic Labs (acquired by Niantic) and he’s served as Studio Head at Activision. He’s joined by CCO Jamie Jackson (also a former Studio Head at Activision), Head of Blockchain Rudy Koch (former Senior Producer at Blizzard), and CPO Stephan Cunningham (formerly Director, Global Product Management at Yahoo!).

Mythical’s goal is to build a thriving digital ecosystem in which content creators shape the economy. As the studio said in its press release, “Mythical Games believes future game entertainment will depend on closer ties between players, content creators, brands and developers. The team looks to innovate through providing their proprietary Mythical platform to top developers to help build player-owned economies on popular blockchains initially focused on the EOSIO blockchain. They will also focus on producing new tools for content creators and brands to customize and provide ownership of game assets.”

In an interview with GameDaily, Linden explained that Mythical will work partly as a game studio and partly as publisher, teaming with a variety of developers who can scale up their in-game economies using Mythical’s platform.

“We will bring games to market as a primary party but we will partner with experienced game and art studios to actually build these games with us,” Linden said.

“Economies can also be more complex such as letting game developers sell game assets (e.g. race cars) to players or content creators at wholesale and letting them make custom modifications (e.g. tricked out steampunk spoiler) and then sell those new and unique assets back into the game through a marketplace.”

Michael Novogratz, CEO and Founder of Galaxy Digital, added, “We believe that gaming - and specifically players’ interaction with in-game economies and virtual goods – will play a key role in how the masses first discover the true potential of the blockchain. Mythical’s experience building rich and immersive game worlds will be invaluable to this mission.”

If you’ve read this far and rolled your eyes a few times, that’s understandable. There’s been an abundance of hype around blockchain technology over the last year, partially tied to the meteoric rise and fall of cryptocurrencies like Bitcoin. Linden gets the skepticism, however. Mythical’s first priority is making great games.

“I completely understand [the collective eye-roll],” he said. “There are some blockchain-based gaming ideas floating around [that] in my opinion sound interesting on paper but really won’t make a difference to the average player or if they do find a player audience… it will be a very small and niche audience. Universal game tokens, fully decentralized gaming driven 100% by the community, and item interoperability where an item can magically and seamlessly move from one game to another falls into this category for me.

“However, we do believe that blockchain as a technology is very fascinating, and it will allow an evolution of the games industry into this new world of ownership. This is the core reason that Mythical has jumped on board. But our studio is very much a gaming first and blockchain second proposition.”

To that end, Mythical is not looking to force any kind of cryptocurrency on players in its debut title (which has yet to be revealed).

“We want game developers to decide for their own game releases and worlds how this will play out for themselves, but with the first game we are doing, we will be keeping the game currency in USD, EUR, etc. but it will be focused on putting game assets onto public blockchains to give players ownership and honoring that in the game,” Linden explained. “Players would be able to sell their own game assets to other players in or out of the game. We are also introducing concepts of paying content creators a residual whenever their creations sell from player to player creating new business models for asset creation.”

Online communities and even player/developer relationships unfortunately have been tinged with toxicity in recent years, as we’ve seen with the ArenaNet fallout. Linden believes that by giving players and content creators a closer connection with developers, some of this toxicity could potentially be avoided.

“This is an ongoing issue with any multiplayer game or any community overall.  We believe we have the ability long-term to give players a voice in the game as a creator and / or separately as stewards of the game brand, to help make sure the content coming into the games is right for the community (and possibly get paid for doing so as well).  Blockchain technologies are deep in the concept of consensus and lend itself to helping manage toxicity at its core,” he noted.

Mythical Games isn’t ready to reveal its slate of games just yet. The studio is looking to tackle both PC/console level games as well as mobile, but it would appear that mobile will be secondary. Succeeding in the overcrowded mobile world requires a different kind of approach.

“I think Mythical’s slate will have a heavier focus on PC/Mac/Console over the next year, and then we bring mobile more into the picture,” Linden explained. “Our first game will start on PC/Mac but we already have some ideas on how to bring it to mobile in late 2019.  I think the biggest challenge with mobile which we have previously dealt with before working on innovative mobile games like Skylanders Battlecast (that had a majority of its revenue come through physical card packs at retail stores), is that it is best to do these new economics models closely with Apple and Google versus trying to do it without their support or under the radar.  So our partnerships and working to scale the experience to more audiences will be key.”

Linden also pushed back on the idea of triple-A versus double-A game projects, when we asked about project budgets.

“I think the AAA or AA categories are very muddied these days but what I can say is that we are focused completely on full 3D games with rich worlds (similar to what we have made previously) but with new economies to let players have a bigger stake in the game and to allow for new, exciting game mechanics based around these new economics,” he said. “Overall, we anticipate the games will appeal to wider audiences at a mainstream level, which is one of our core goals in bringing high-quality franchises and blockchain technology together.”

Needless to say, the bigger the budget, the bigger the risk, especially when it comes to new IP creation. Getting an audience to fall in love with a brand-new IP is a major challenge, so studios have to be able to mitigate risk.

“I think the best way for any game (especially original IP) to balance risk is to make sure there is some innovative way to market the game to help break it through the clutter,” Linden said. “Branded IP can obviously help do this. Our first game will be an original IP so that we have complete freedom to experiment with these new concepts but we will mitigate risk by keeping scope and cost tight (hitting beta in 6 months) to be able to iterate quickly after that. Also, our approach lends itself well to let influencers and other marketing brands have a stake in the economics which can help us achieve reach vs. traditional user acquisition.”

With Mythical’s Activision Blizzard pedigree, you can bet that the studio leadership is thinking about how to leverage streaming and esports, even if it’s not an immediate goal. And besides, you can’t “make an esport,” you have to make a great, competitive game that the audience elevates to the level of esport organically. Mythical’s approach to esports may prove to be very different given the blockchain influence.

“We can’t give away all our plans yet but esports in some capacity has to be on nearly every developers’ mind in some way!” Linden affirmed. “I think fundamentally the idea of a digital team ownership isn’t that different than game object ownership.

"So I think there are some fascinating opportunities for teams owned by players tokenized on the blockchain that can be exposed by game developers with the same technology we are building for game objects.”

For now, Mythical is just ramping up. Until the company starts to reveal its product slate and demonstrates the nitty-gritty details of its player-owned economies, it’s difficult to say how successful this approach will be. The key, Linden said, is that this model is about augmenting what already works in the games business.

“We don’t view blockchain and gaming as a revolution like others have declared,” he said. “Gaming isn’t broken; it is flourishing. We approach blockchain and gaming together as an evolution. We hope to play a role in contributing to these amazing set of tools, principles, and analytics, to allow game developers to explore new creative concepts as well as give power to players and content creators.

“We have seen big shifts in gaming before, with mobile being the most recent example of creating a multi-billion dollar industry expansion. The exciting part of blockchain is that it isn’t another platform shift. It is a paradigm shift that crosses mobile, PC/Mac, and console.”

Update: Mythical has now revealed its first title, Blankos, a casual multiplayer world styled like a giant block party. The company describes it as a "vibrant hub where friends can meet, go on scavenging hunts with pals, take on daily challenges, and eventually take part in global online mini-games and explore into other players’ block parties as well. There are numerous ways to design and customize your Blankos and party world to score points, and players will be able to buy, trade or sell their designs with other players to grow their collection." You can watch the teaser trailer below.