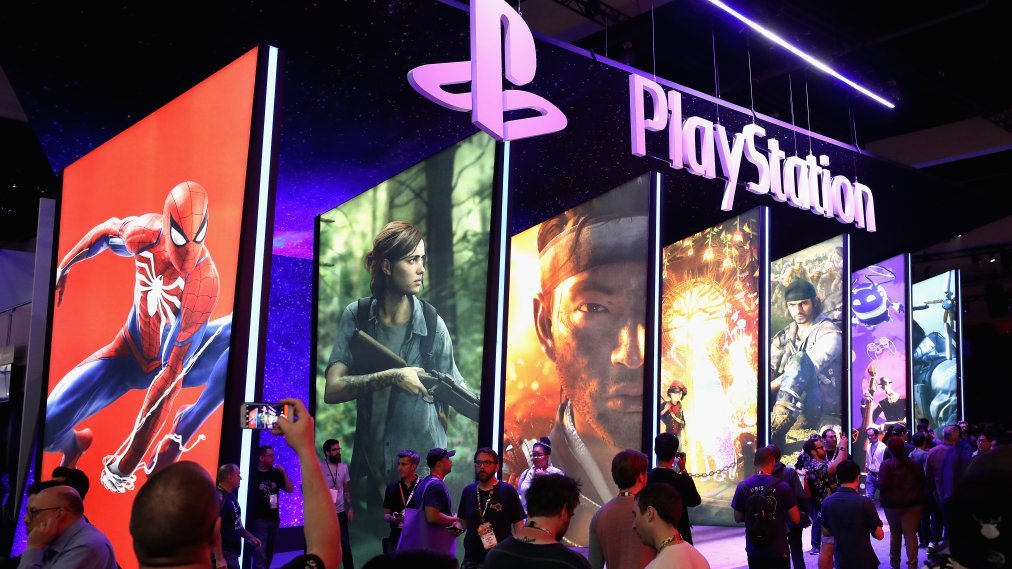 When Microsoft announced it was pulling out from CES from 2013 onwards, its last keynote and significant booth presence at 2012’s show, it felt like the end of an era. The show has maintained its relevance in the five-almost-six years since Microsoft left the Vegas-based convention in a public-facing way (MS still has a minor presence in behind closed doors meetings with business partners), but it felt like a massive part of the show had lost what made it must see.

The same could arguably be said with Sony’s announcement last night that it was not taking part at next year’s E3 with its annual press conference and a presence on the showfloor at the Los Angeles Convention Center. But the question is whether Sony’s departure from E3 is permanent or rather a one-off as it prepares to show the PlayStation 5 to the world and, unlike Microsoft’s public leaving of CES, whether the show’s relevance - already questionable - will continue to dissipate as a result.

GameDaily has looked into why the decision was made and what will the future hold, not only for Sony at future E3s, but E3 itself.

For better or worse, Sony’s E3 presser has always been the show to look forward to during the show, but especially in the past fifteen years. From the announcement of PlayStation Portable in 2003/subsequent reveal a year later and the Giant Enemy Crabs/$599 disaster of 2006 to decrying the original always online plan of Xbox One with PlayStation 4 in 2013, the year of dreams in 2015 with the re-reveal of The Last Guardian plus Final Fantasy VII Remake and Shenmue III reveals and 2016’s unveilings of God of War and Death Stranding, it’s always seen as the main event.

But this year’s show was not only Sony’s worst in a few years, but also in hindsight not the best way to exit the E3 stage for however long it’ll be. Although, from a pure content perspective, it was fantastic, with new trailers for big first-party games like The Last of Us: Part II, Death Stranding, and Ghost of Tsushima plus massive third-party reveals like Remedy’s Control and Capcom’s Resident Evil 2 remake, the way all of it was presented was scatterbrained.

There were games being shown on the official PlayStation post-show stream and with Geoff Keighley’s E3 stream that arguably had a right to a presence on the main show, including Media Molecule’s Dreams (besides the little bumpers it got during the show), with the recently released From Software and Japan Studio VR title Déraciné revealed after the show.

For next year, Sony has a good batch of PS4 games to show, but the question will be whether most - if not all - of them will be out by then. It was actually partly this reason it decided not to do a PlayStation Experience this year, with SIEA CEO and chairman Shawn Layden telling the PlayStation Blogcast that it “wouldn't have enough to bring people together in some location in North America to have that event. We don't want to set expectations really high and then not deliver on it."

Days Gone from Bend Studio is set to launch next April, while Dreams will release next year with a beta before it. That’s not to mention the dateless The Last of Us: Part II, Death Stranding, and Ghost of Tsushima. But beyond those, what else could they possibly show if a majority of the company’s attention is shifting towards PlayStation 5?

Either way, in the same manner Microsoft still has a smaller BCD presence at CES, Sony will likely still have some BCD presence in some form on the E3 showfloor, according to IHS Markit’s Piers Harding-Rolls, but reckons the move away from the show on a public-facing front is a massive loss, and even suggests there’s some “experimentation” on Sony’s part in how it delivers its news going forward.

“I’m sure Sony executives will be there in large numbers, but to not have a major PlayStation presence is quite a blow for the event. Times have changed though. E3 relevance has declined as an industry event as the business has shifted from the retail model and there are better events for engaging consumers,” Harding-Rolls told GameDaily.biz this morning via email.

“Microsoft, EA and Nintendo have all adjusted their strategies towards E3 in recent years, so Sony adjusting its event strategy in the year before the launch of the PS5 perhaps shouldn’t be that surprising. It is likely also that E3 2019 comes too early in the year to make a big splash on PS5. Judging by last year’s E3 press event, I think there is quite a lot of experimentation going on at Sony in relation to marketing and events.”

Harding-Rolls went on to note that Sony will probably have an advantage on slipping out E3 by doing events that’ll be quieter on a news level and give the company much more attention, but Microsoft will take full advantage of its rival’s absence with its own news.

One such news nugget for next year’s MS presser may have gotten out today. Thurrott is reporting that a disc-less Xbox One could be on the market next year at a potential $200 price point, with those with a heavy disc collection given the opportunity to be able to swap their boxed games into a retailer for digital download codes. Such a machine would play into Microsoft’s current digital aims for the Xbox brand, such as Games with Gold and most especially Xbox Game Pass.

For the future, Harding-Rolls expects them to come back in two years time to go hard on PlayStation 5, but in the meantime, next year is more of a “special consideration” as it transitions from PS4 to PS5.

“I think 2019 needs special consideration based on where Sony is in the console sales cycle. However, if its adjusted strategy is a success, perhaps that will mean a longer term rethink around E3. I personally expect them to come back in 2020 to push PS5.”

When asked for further comment, including when the decision was made, the Entertainment Software Association (ESA), the organisation that puts together and holds E3 every June declined to give me further comment, pointing to the press release it put out yesterday. Sony did not respond to a request for comment.

The show’s relevancy, even with the support of the other two first-parties - Xbox boss Phil Spencer called the show “an incredible platform to showcase the vibrancy and creativity of the video game industry,” while Nintendo of America head Reggie Fils-Aime said it was “an outstanding opportunity for us to share new games and experiences with fans and business partners from across the globe.” - will take a serious hit with Sony’s absence, regardless of how long it will last. Harding-Rolls told GameDaily.biz that its mix of half-trade, half consumer approach is not there yet compared to the likes of German games show gamescom in Cologne, the biggest consumer games event in the world.

“E3 is trying to reinvent itself, but at the moment it appears to be a halfway house between industry and consumer event,” said Harding-Rolls. “Other events manage to do this well - Gamescom  for example – but I’m not sure that E3 has perfected this approach yet.”

If one thing is clear, it’s that this is something of a left-field bombshell that won’t impact Sony a whole lot short-term, especially as it looks for different ways to deliver news (it’s the only platform holder to not have a broadcast like Nintendo Direct or Inside Xbox).