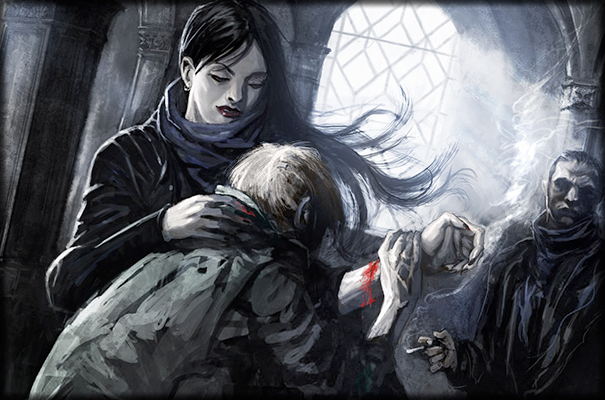 Three years after acquiring White Wolf Publishing, maker of the goth-punk World of Darkness franchise of tabletop RPGs, Paradox Interactive is restructuring the subsidiary. Business Development VP Shams Jorjani announced the change in a blog post, stating that he would be managing the transition while recruiting new leadership “to guide White Wolf both creatively and commercially into the future.”

Though the process began in September, the recent release of the Vampire: The Masquerade RPG handbook with a “crude and disrespectful” passage appears to have hastened the transition. Referring to a vampire-run Chechnya, where anti-gay purges are a tragic reality, the V5 Camarilla handbook offered this statement:

"While homosexuals are indeed held in detention facilities for days, and humiliated, starved, tortured, and eventually fed upon and killed, this is not the point. The point is to distract from the truth of what Chechnya has become."

Jorjani apologized to the community for the passage, stating that it should have been caught during the planning or editing phases. “The World of Darkness has always been about horror... Horror should not be afraid to explore difficult or sensitive topics, but it should never do so without understanding who those topics are about and what it means to them.”

In the short-term, sales and printing of the V5 Camarilla and Anarch books are on hold while the offending material is removed. Meanwhile, White Wolf will be restructured, with its staff integrated into its parent company. “This has always been the intended goal for White Wolf as a company, and it is now time to enact it,” Jorjani said.

Vampire: The Masquerade was originally released in 1991; the fifth edition came out this year, accompanied by new handbooks. We have reached out to Paradox Interactive for further comment.