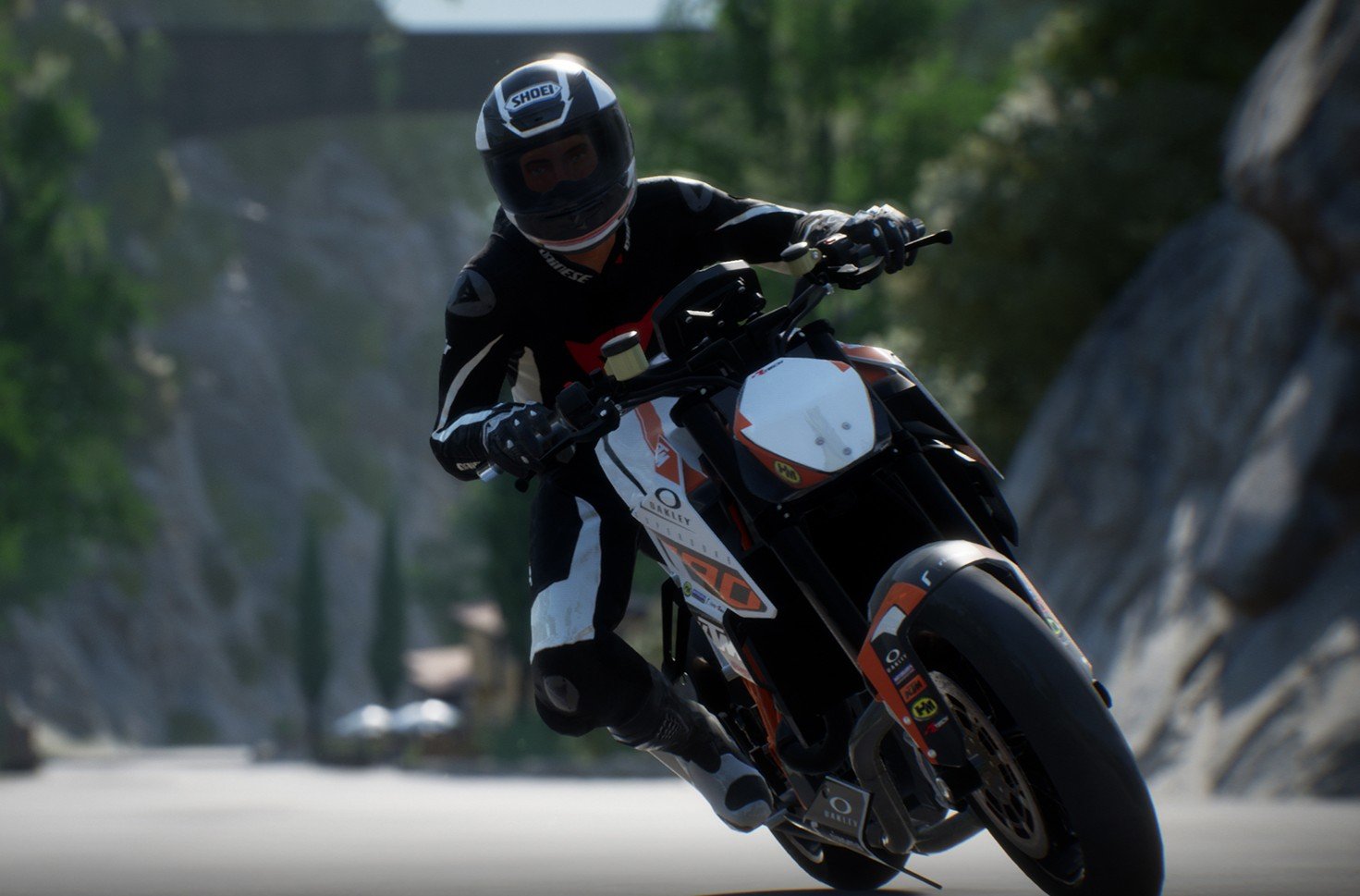 Italian development studio Milestone has spent the last 22 years perfecting the art of racing games. Their work crosses the entire spectrum between arcadey to simulation, with both car and bike fans catered to. In recent years, the studio has focused on honing their experience in creating motorbike racing games, taking learnings from its entries in the Moto GP and MXGP franchises and applying them to their own IP, Ride.

With Ride 3, Milestone is taking another step towards making what it considers to be the perfect motorcycle racing game. Speaking to game designer Luca Cafasso, however, it’s clear that such a quest may be something of a wild goose chase.

“I think perfection doesn't exist,” he says. “It would be cool, but actually I can categorically say, ‘No. It's impossible.’ Because with the evolution of games hardware, at a certain point we will be challenged to make things bigger. We will need to start over again.

"So it will be an endless race to perfection. As soon as we get there, there’ll be some changes in the industry that will push these goals forward.”

From our vantage point five years into the current console lifecycle and with ever-louder murmurings of the PlayStation 5 and Xbox Whatever Next, Cafasso’s words ring true. But with the improvement of technology comes gains in efficiency. Milestone has recently made a big change within the studio and moved from its own in-house engine to Epic’s Unreal Engine -- something that Cafasso says allows them to get that bit closer to perfection.

“For us it's a huge step in technology that we’ve already faced with some of our other titles,” he says. “But with Ride, which is our biggest project, this was a really difficult challenge. So we took the experience from making Moto GP '18, where the physics simulation is similar in the bike genre, and we adapted it to all of the different configurations of bikes that we’re putting inside Ride 3. This gives us a completely different user experience compared to what was in Ride 2. Switching engines permits us to review parts of the code and parts of the architecture of our products in order to make it cleaner, but keep the advantage of the expertise that we have in the genre.

“Our in-house engine was something that we were really proud of because it was born from the evolution of our games, and that's developed with a specific way of working. For us there was an improvement in terms of quality of life for certain aspects, but for others it was difficult to adapt to the requirements of the engine. The departments that had the most improvement with Unreal Engine were the creative sides. The level editor, the level designers, the 3D artists. It's really easy to plug in assets, modify them and test in real time. Before, we were having to build the game and then test on the build.”

As with many developers who use Unreal Engine, Milestone have made some heavy modifications to it. This is something that is encouraged by Epic Games and they devote a lot of support to developers who are looking to get the most out of Unreal. With less time spent worrying about the tech, the devs can focus on making the game the best it can be.

“We modified Unreal Engine a lot,” Cafasso explains. “We created our Ignition [audio] component and made changes in order to make the physics more accurate for our kind of gameplay. That was the main modification of the engine. The other mods we are making are more for our pipeline to work. Often our engineers develop tools to allow the creative parts of the company to produce with their maximum quality or to solve technical issues. Sometimes we want to deliver a specific track that has some difficulties to make. So we have to modify the engine and adapt to the requirements for the specific asset.”

But for all of the modifications that Milestone has to make to the engine, the benefits of using Unreal far outweigh the effort put into making it to their liking.

“The rendering engine, the calculation of the light and the reflections, is really impressive on Unreal,” Cafasso says. “So switching to their engine and using their graphic calculations permits us to give a much more realistic experience. Also the night mode, that you can play in Ride 3, it's something that without Unreal would've been really expensive for us to achieve.”

Night Mode is one of Ride 3’s big new additions, perfect for those motorbike fans who are bored of riding in the middle of the day. With Moto GP and MXGP, Milestone is understandably constrained based on the licenses and the rules of the championships. With no license attached to Ride, the studio has the freedom to do whatever they like, and whatever the player likes.

“We thought it was very cool and thrilling to ride at night,” Cafasso explains. “If you’re a bike lover and you're going home and it's dark, or you just enjoy heading out for a night ride, you’ll know it’s a totally different experience. Thanks to the Unreal Engine we have been able to, finally, make it look like you are there at night. The lighting that the bikes emit would have been too expensive for us to achieve with our in-house engine it. Both for performance and for the quality of the visuals.

“Races, for the driver’s sake, usually take place around 12PM and 1PM. That’s so they don't have the light of the sun in their eyes. But from an artistic perspective the environment is way more interesting during the transition between day and night, even though you would be driving with the sun in your eyes. So to give more fidelity to our licensed games we reproduce the exact time, but with Ride we have the freedom to say, 'We want to establish that riding is not only racing, it could also be travelling.' It's very enjoyable to travel during dusk, so we put it inside the game!”

Experimentation in the racing genre is still going strong, with developers doing their best to find new combinations to delight fans of fast things on wheels. Cafasso picks out Codemasters’ Onrush and Psyonix’s Rocket League as two of the best examples in recent years.

“For the more classic racing genre the trend is still focusing on the realism, content and quality of the simulation,” Cafasso says. “Each game tries its own way to be unique. For example, Gran Turismo's photo mode. That was almost like a rendering tool for players! In our case, in Ride 3 we are delivering the livery editor. This is a tool where the player will be able to customize the bike like they've never done before. It's a lot more difficult than customizing a car because of the shape of the vehicles, so our engineers worked very hard to make it a nice user experience that gives players the creativity to make their bike theirs.

“There’s a huge set of brushes in the editor. So even using just those brushes you can recreate any livery you want. It's a full a 3D painting tool.”

The livery editor is one example of additions to the series that have been requested by fans. Milestone takes a lot of feedback from its players and, with several different IPs focused on the bike racing genre, learnings across the whole company can affect the next project.

“We know what we would like in each game, what the players like and what they wish would happen,” Cafasso says. “But sometimes it's a matter of time constraints. We have to be able to get the game finished and sell it, which will allow us to produce another game. So the evolution of our titles is made often between multiple projects.This allows us to get the feedback from the community, from everyone from the bike lovers to the casual gamers. We can understand the feedback at the point that each game comes out and proceed to the next step. Sometimes we cross pollinate; if we see that something went well in one game, like Motocross, we might consider that feature would do well in Ride too. So it's a continual evolution process. Taking feedback and improving.”