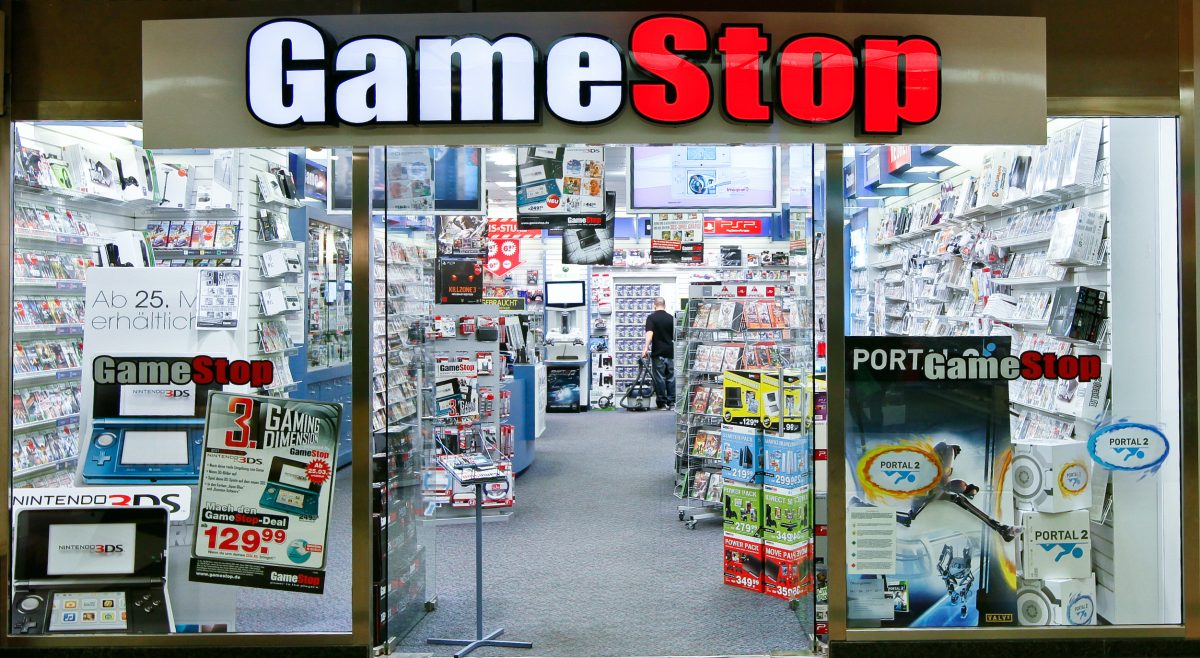 Games retailer GameStop had a mixed Q3 2018, with overall revenue falling slightly short of expectations and the company posting a net loss of $488.6 million for the quarter. GameStop continues to struggle to stay relevant as more consumers purchase games digitally rather than physical copies. The “acceleration of digital downloads in lieu of physical purchases” was even noted by analyst group Wedbush Securities in an extensive report.

The analyst group further speculated that sale of the company is possible.

“We continue to believe that a sale of GameStop to private equity is imminent,” the report from Wedbush Securities stated on Friday. “The company has made little (or no) progress in its CEO search, and its commentary about being in a quiet period while discussing strategic options suggests strongly to us that these discussions revolve around material non-public information.

GameStop has suffered under uncertain leadership in the past few years since the departure of longtime CEO J. Paul Raines in November 2017 due to a cancer relapse. Raines passed away earlier this year in March.

Michael Mauler was CEO of GameStop for only three months until his resignation in May, citing “personal reasons” for the departure.

Since then, Shane Kim, formerly of Microsoft, has served as interim CEO of the company. Though Kim is an industry veteran, it seems telling that the company has still not selected a permanent replacement, as noted by Wedbush.

Sales were a mixed bag for GameStop. New hardware sales were up 12 percent for Q3, and new software spending rose 10.9 percent. Software was helped by the release of both Rockstar’s Red Dead Redemption 2 and Activision’s Call of Duty: Black Ops IV this past quarter. Bethesda’s Fallout 76, however, underperformed, according to the report. GameStop also confirmed a $700 million sale of its Spring Mobile business, as it continues to consider transactions that might reduce the company's outstanding debt.

A large amount of profit for GameStop has been its push to sell pre-owned consoles and games. The profit margin is quite large, since the company buys pre-owned items for a good deal less than they resell them for. However, pre-owned sales struggled in Q3, with a decrease of 13.4 percent. This is likely due to a decline in new game releases earlier in the year, as well as “longer in-game engagement for many titles,” according to Wedbush.

GameStop CFO and COO Rob Lloyd commented, "While our Black Friday and Cyber Monday sales were strong, we anticipate that our fourth quarter sales will skew more towards hardware than initially planned which, along with underperformance of certain titles, weakness in pre-owned and recent sales promotions, will result in fourth quarter earnings that are below our previous expectations.

"Importantly, we are evaluating all aspects of our business, including our store and omni-channel experience, cost structure, strategic and economic partnerships with publishing and platform partners, and relationships with customers and the services we offer to them, to enhance our business and drive growth and profitability over the long-term."