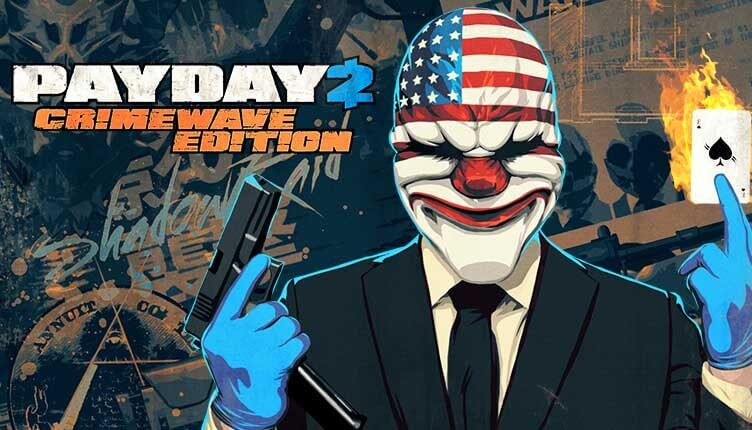 Update (1/17/2019): There is a new development in this story as of January 11, 2019. As reported by Variety, former Starbreeze CEO Bo Andersson Klint has been cleared of any wrongdoing in the insider trading investigation.

Klint and former CFO Sebastian Ahlskog sold their stakes in the company just prior to the board of directors demanding cost cutting measures. This, in turn, tanked the stock by 80 percent and triggered an investigation that Klint and Ahlskog acted on confidential information.

The Swedish Economic Crime Authority is looking into the bank that brokered the shares of Klint's stock, Carnegie Investment Bank.

Update (12/6/2018): The Swedish Economic Crime Authority has provided additional clarification on the raid that took place at Starbreeze's Stockholm offices yesterday. Press officer Niklas Ahlgren, affirmed Starbreeze's statement that the action was focused on an individual rather than the company.

"Starbreeze has publicly communicated that they intend to cooperate in our investigation and we have no reason to believe otherwise," Ahlgren tells GameDaily. The organization has declined to share the names of persons of interest in the case, including the identity of the person detained yesterday in connection with the raid.

Ahlgren tells us that the investigation was ongoing for only a few weeks prior to yesterday's raid and arrest. We'll update should more information become available.

It’s been a bumpy week for Stockholm-based publisher Starbreeze. The company is still reeling from poor sales of its Left 4 Dead-alike, Overkill’s The Walking Dead.

Underperformance led the company’s board of directors last week to demand cost cutting measures. Something else has been bubbling under the surface, though. Earlier this week, CEO Bo Andersson stepped down from his role amid restructuring.

Today, the matter has taken a sharp turn down a darker path. In a story first reported by Swedish newspaper SVT, Starbreeze’s offices have been raided by police. The publication reports that one person has been arrested.

GameDaily reached out to the Swedish Economic Crime Authority for comment and received a similar statement to the one provided to Variety. “There was a raid conducted because of an ongoing investigation involving suspected insider training,” says press officer Niklas Ahlgren.

GameDaily has inquired further via email with the Swedish Economic Crime Authority regarding the nature of the investigation, the identity of the person arrested, and how Starbreeze’s board of directors and current leadership are participating in the investigation. Additional information may be forthcoming.

Starbreeze issued a press release distancing itself from the raid, suggesting that the matter is not directly related to the company. This implies that the raid was specifically targeted at an individual or individuals employeed by the company.

Starbreeze’s low sales have led the company into choppy waters. According to a statement received by GamesIndustry, the company is having liquidity issues. In response the company has filed for “reconstruction.” This is philosophically similar to Chapter 11 bankruptcy in the United States, which includes a restructuring of debt and company reorganization in hopes of long-term recovery.

As part of this, CEO Bo Andersson Klint stepped down earlier this week. Starbreeze has tapped Deputy CEO Mikael Nermark to serve in an interim capacity while a search is underway for a permanent replacement.

“Nermark will take over management of operations and lead the work to focus the company,” Starbreeze Chairman Michael Hjorth. “Mikael is a strong leader internally and I have the outmost confidence in him. During his tenure as CEO in previous years, he implemented a comprehensive restructuring and repositioned the company from work for hire to game development based on proprietary IP.”

Prior to joining Starbreeze, Klint and his brother co-founded Stockholm-based GRIN. The studio worked on Capcom’s Bionic Commando reboot and a much more favorably received reimagining of the series’ first title (an NES game), Bionic Commando: Rearmed. GRIN closed in 2009.

Starbreeze also lost its CFO, Sebastian Ahlskog, this year. He served in the role for more than three years before resigning in October. He was succeeded on an interim basis by Mika Reini, who previously served as the CFO of Remedy Entertainment. Remedy has another connection to Starbreeze, with former CEO Matias Myllyrinne currently sitting on Starbreeze’s board. (You can read an interview with Myllyrinne about his new studio, Redhill Games, here on GameDaily.)

While Starbreeze says that the raid has nothing to do with the company (instead suggesting that individuals related to the company are at fault), one big question remains. If this was going on under management's nose, what else was happening that might have led to the company's current financial distress?