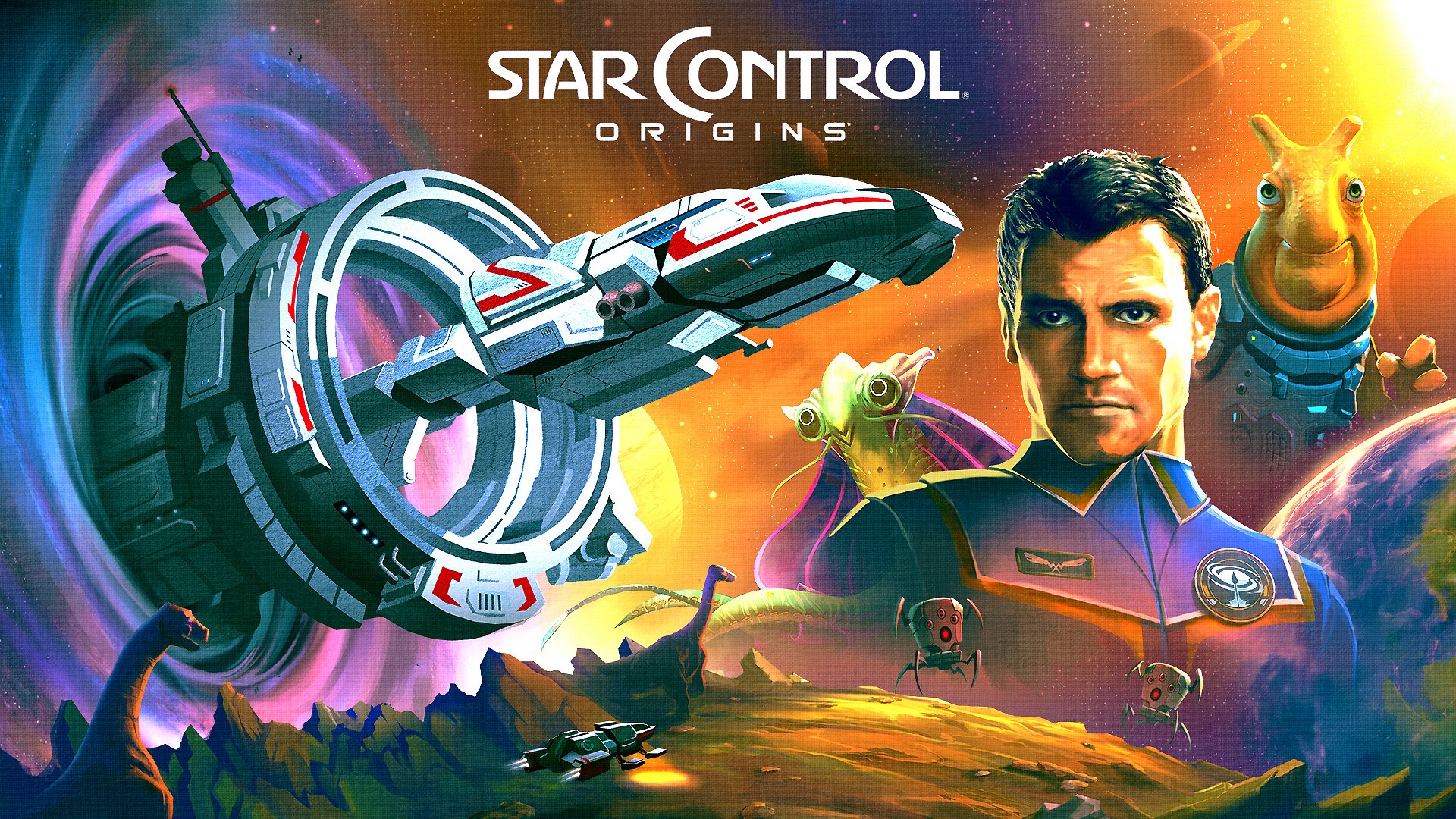 The original creators of sci-fi MS-DOS series Star Control, Fred Ford and Paul Reiche, have issued a DMCA takedown against Stardock’s take of the series that it picked up the rights to in 2013.

Stardock said in a post on Steam that Star Control: Origins was taken down from the storefront, and would soon follow afterwards on the CD Projekt-owned Good Old Games. We’ve checked GOG’s website and the game has since been pulled, although some DLC and its soundtrack are still available as of writing this story. According to Stardock, they've made the game available for direct purchase on their website.

It would later add in the aforementioned Steam post that it had “attempted to get a preliminary art injunction to prevent them from issuing more false DMCA take down notices,” but the court “ruled that it wasn’t the courts place to intervene in the area of DMCAs.”

“Star Control: Origins is our own creation without relying on the work of Reiche or Ford,” said Stardock. “We spent 5 years working on it making it our own game. It very much plays like you would expect a Star Control game. But that has nothing to do with copyright. It has its own story, setting, plot, and all new characters. It exists in an entirely new universe.”

The developer would later add that while it was looking to get it back onto Steam, without the revenue of Origins, development staff who worked on the game could be let go in order to cut company costs.

The DMCA takedown sent to GOG by legal representatives of Ford and Reiche can be found here. Stardock said the both of them “have chosen to bypass” the legal system “by issuing vague DMCA take-down notices to Steam and GOG...”

This is the latest episode in an ongoing legal drama between Stardock and Ford/Reiche that has been going for the last couple of years. Stardock acquired the rights in 2013 from original owner Atari after it went bankrupt.

But while Stardock was working on their own take of the series with prequel Origins, Ford and Reiche announced they were planning to work on a true third Star Control game, called Ghosts of the Precursors, at the studio they co-founded in 1989, the Activision-owned Toys for Bob, renowned for creating the Skylanders series and the recent Spyro Reignited Trilogy at the end of 2018.

Although it wouldn’t use the Star Control name, this game would be a follow up to the original game, released back in July 1990, and include the past games’ lore and story. Stardock got legal involved in December 2017, disputing that Ford and Reiche had no meaningful claim to the Star Control name. Ford and Reiche then countersued Stardock and said that Stardock’s ownership of the rights meant it had little input in the franchise.

Ford and Reiche have been using a GoFundMe as of June last year to crowdfund $2 million to help fight Stardock and for legal costs, saying in a post announcing the defense fund that Stardock “wants to strip us of our creative rights, property and even our history as creators of the game.” As of writing this, it has amassed just over $40,000.

It has been a long and messy saga for both parties. So how does it go from here? And what will be the ramifications of it as we begin 2019?

Richard Hoeg, attorney at Hoeg Law, has told GameDaily that the ongoing battle between the two parties continues to be “a sad one in the industry,” but once it got to the stage they were at, “things tend to escalate, and both sides have been guilty of taking steps which have accelerated that escalation.”

Said Hoeg: “From an ethical perspective, the spirit of the law was to use DMCA takedowns in the absence of litigation; to streamline the process so that a content owner wouldn’t have to go to court in many cases, but it was not built to sidestep the court system entirely. That’s why an alleged infringer can have its content restored with a counter notice if the accusing party does not seek a court order.

“Since this case is already pending, it’s an unusual step to issue a takedown, especially since the damages to be won likely relate directly to the sales of the product in question. From a legal perspective, the DMCA provides for penalties if a claimant “knowingly materially misrepresents” that material is infringing. Now, if you know legal language, you see two separate qualifiers there (knowledge and materiality) which means it’s a very high burden to prove, and one unlikely to be tripped by an even somewhat bad actor.

“That said, (i) issuing a takedown in such a complicated IP environment certainly raises questions and (ii) it may well be something that the legislature will want to consider revising as the current system is very easy to abuse (i.e., there is a large gray area between 'I’m not sure if I own this, but I can cause trouble' and 'knowing material misrepresentation').”

The fact that both Ford and Reiche issued the DMCA, which Hoeg said will protect Steam and GOG from being liable of distributing copyrighted materials that they were otherwise unknown to be doing, will raise questions on if similar battles down the line will have similar results. As alluded to in the Stardock Steam post, when engaged in their public legal battle last year over concerns of IP infringement, Epic Games and PUBG Corp parent company Bluehole didn’t go as far as issue DMCA takedowns of either Fortnite or PlayerUnknown’s Battlegrounds.

But this battle between Stardock and Ford/Reiche could set a potential precedent, in that it could see other publishers or developers issuing DMCA takedowns more often, although it may not be the best course of action financially.

“If this proves a viable strategy (and especially if the DMCA proves inadequate to penalize obvious or serial abusers), you might see this process undertaken more often,” said Hoeg. “That said, I don’t think it is the best economic engine for seeking redress for parties infringed against, especially ones without a direct competing product already in the marketplace.

“The Star Control saga seems more personality driven, almost like a family court case, with each side simply trying to make the other ‘hurt’. That’s not great, but it also will not be the norm in most corporate driven decision-making.”

From a pure personal standpoint, the biggest question hanging over this situation from this writer’s perspective has been why Activision hasn’t been involved considering that it involves the studio heads of one of their own studios in Toys for Bob and, even more crucially, Toys for Bob is said to be making Ghosts of the Precursors.

“’I’m going to be honest. I’m not sure Ghosts of the Precursors exists, at least not any more than the Rian Johnson Star Wars trilogy,” said Hoeg, who himself is a fan of the series, citing Star Control 2 as one of his favourite games ever and Stardock’s Star Control: Origins as “a worthy spiritual successor”.

“I would love it if it did, but the announcement coming decades after Star Control 2 and in the shadow of the Atari bankruptcy and Stardock announcements suggests that Ford and Reiche were unhappy with the fact that the Star Control name had been lost (and perhaps even more unhappy with who now owned it) and wanted to assert some form of authorship. Assuming that Ghosts of the Precursors is 100% real, however, Activision essentially doesn’t have an interest in the fight.

“If Ford and Reiche have the rights to make something, it is there’s alone (any rights not retained by them personally would have gone from Accolade through Atari and now to Stardock), and if Activision helps it would have to justify it financially in some way. Either that is producing the game (which they have made no indication of doing, and which Ford and Reiche would probably be reluctant to do given what happened with the IP the last time they worked with a publisher), or as a “favor” to their Toys for Bob team (which could have its own political ramifications).

“Either way, given every company’s desire to avoid needless litigation it seems unlikely for Activision to get involved. The truth is that most executive level contracts will have anti-moonlighting provisions, so it is likely that Activision has already extended itself as far as it is willing to by given behind the scenes permission to Ford and Reiche to pursue Ghosts of the Precursors on their own time.”