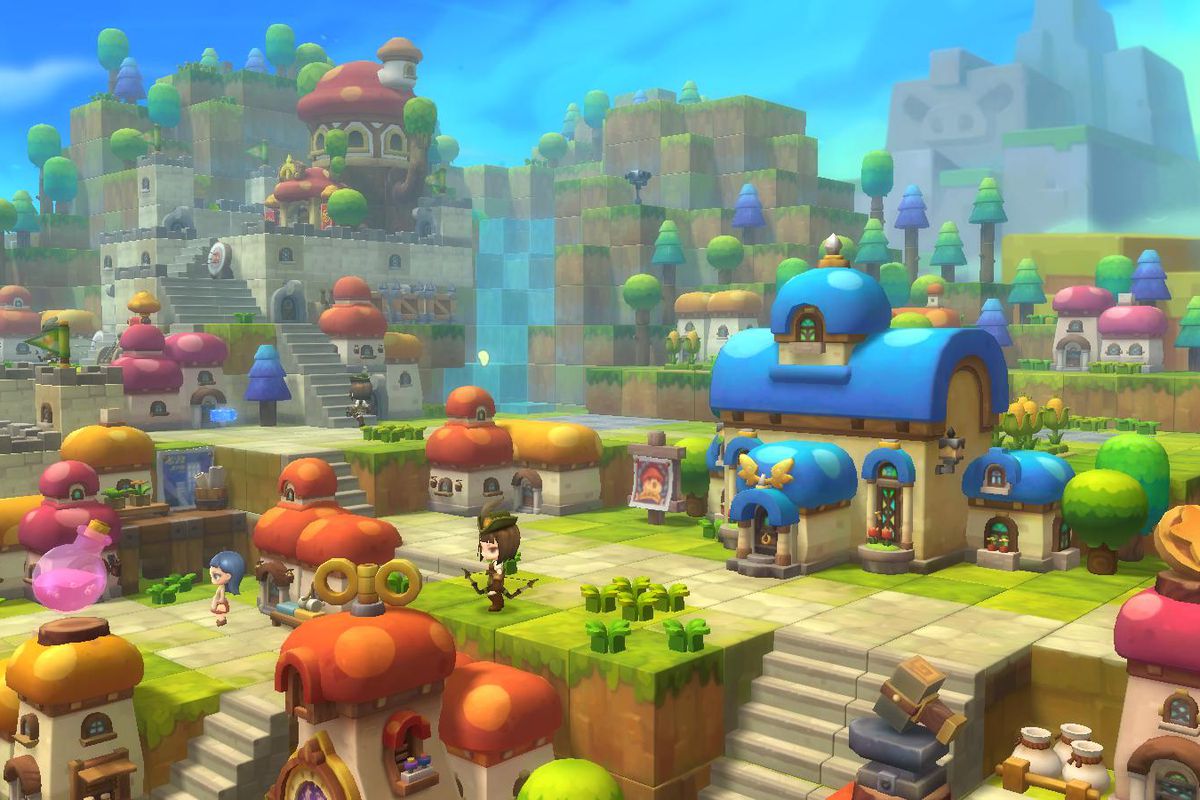 The report has been confirmed as of yesterday, according to GamesIndustry.biz. Nexon is officially up for sale. A number of interested parties have been listed, including Disney, Tencent, Activision, and EA. Goldman Sachs would assist Tencent in the sale, should the Chinese media giant have its bid accepted. Investment firms in the US, including Carlyle, TPG, and KKR are also looking to bid on Nexon's majority shares.

The share presentation will take place in San Francisco in October to determine the future of Nexon's majority ownership.

The online and mobile games world is about to see a serious shakeup, if a report from the Korea Economic Daily (via Reuters) proves accurate. Kim Jung-ju, the founder of Nexon, which publishes huge moblie and PC titles like MapleStory and Dungeon Fighter Online, is looking to sell his 98.6 percent share in the company's holding firm NXC Corp, worth nearly $9 billion. The news caused shares in Nexon affiliates Nexon GT Co Ltd and Nat Games Co Ltd to jump around 30 percent.

There aren't that many companies in or around the games space that could compete for this sizable acquisition. The Economic Daily, citing industry sources, did point to rival game firms like Kakao Corp and Netmarble Corp, as well as Chinese behemoth Tencent Holdings. The only Western game company to get a mention was Electronic Arts. Considering that Tencent has already widely invested in companies like Riot, Epic, and Supercell (to name just a few) it wouldn't be a huge surprise to see the company further solidify its strangehold on the online games market.

Analyst Dr. Serkan Toto (Kantan Games) agrees that a Chinese firm would be the likely frontrunner. "My bet is Nexon will get picked up by a Chinese company: last quarter, 45% of Nexon's revenue came from China, as opposed to only 34% from its home market of Korea," he noted to GameDaily.

According to the Korea Herald, it also makes some financial sense for Tencent to get involved because Tencent is the publisher of Nexon subsidiary Neople’s Dungeon & Fighter in China, and "purchasing Nexon would significantly decrease the royalty fees that Tencent must pay Neople."

EA would be a very interesting company, should the Battlefield publisher pursue Nexon. Wedbush Securities does not cover Nexon, although analyst Michael Pachter did note that Nexon "seems like the right size for EA to buy." From a strategic standpoint, given EA's major push into the online world with games-as-a-service across PC, consoles and mobile, and their pending cloud gaming initiative, adding the IP and resources of a Nexon would give EA a major leg up, especially in Asia.

Popular online games like MapleStory, Nexus: The Kingdom of the Winds, and KartRider would give EA a nice portfolio to complement its dominance in sports with FIFA and Ultimate Team. FIFA Mobile has been downloaded almost 200 million times, and FIFA Online 3 and FIFA Online 4 in Asia have over 115 million registered players combined. Whoever ends up winning the bidding war for Nexon would also acquire Baltimore-based Big Huge Games, which Nexon purchased back in 2016. Big Huge Games, founded by Civilization II veteran Brian Reynolds, oversees the popular free-to-play title DomiNations, which has seen more than 19 million downloads.

For its part, NXC came just short of confirming the news. A representative for the holding company commented that it's currently "verifying the news reports, but the process was taking time due to procedural issues," according to the Herald. The spokesperson remarked, “Regardless of the veracity of the reports, the company is preparing to make a speedy announcement.”

Deutsche Bank and Morgan Stanley are expected to handle the sale. When Nexon first went public in 2011, the company raised $1.2 billion. It's growth has been very, very impressive (see Statista chart below). No matter how you slice it, this is going to be a huge deal for the mobile and online landscape.

"I can't remember a deal like that in ages, especially when you think about the dimensions," Toto added. "We're talking about one of the biggest gaming companies in the world that suddenly goes on sale here. This is a huge surprise. My interpretation is that this is another step towards the consolidation of the gaming market overall."