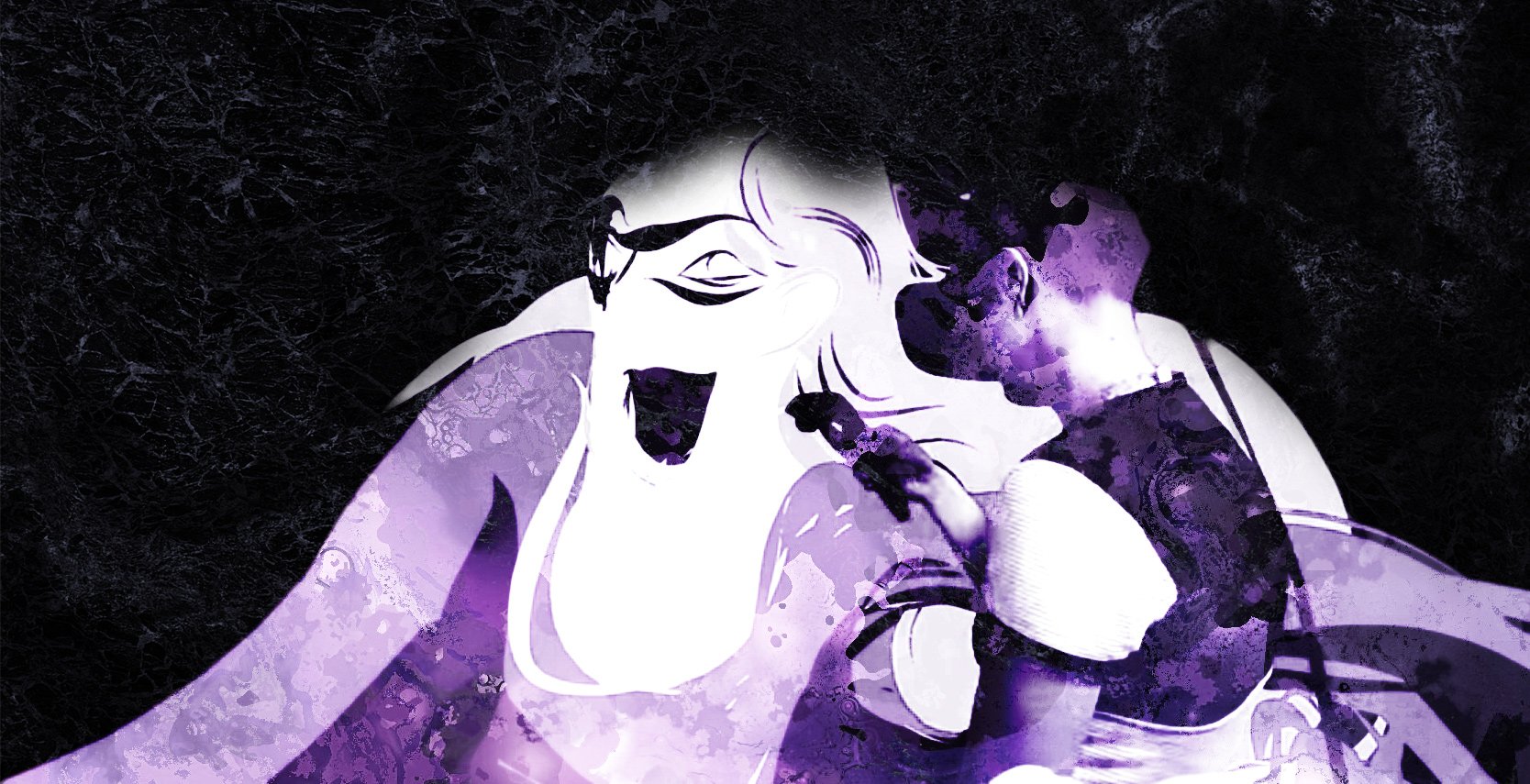 Virtual reality and art have been intermingled since its mainstream inception, with painting via Google’s Tilt Brush almost synonymous with the rollout of the technology for the mass market. But even since we first started seeing what the medium is capable of in 2015, the fine art world has not really taken it seriously.

Last autumn, Jesse Damiani, Editor-at-Large for VRScout, and CEO of Galatea, sought to really change that perception with a massive art show called “Spatial Reality,” presented by sp[a]ce gallery at Ayzenberg in Pasadena. It was the largest showcase of VR art, with some heavy-hitting influence behind it.

Damiani teamed up with Los Angeles County Museum of Art’s (LACMA) Britt Salvesen to serve as curatorial consultant, and sp[a]ce gallery director Wendy Sherman to assemble more than 20 visual artists who are effectively bringing cutting-edge technology into the world of brick n’ mortar galleries and high-end art collectors. The opening reception to the show saw hundreds of the LA art world’s biggest luminaries downloading apps like 4th Wall, Augment, Blippar and Eye Jack to experience the next evolution of visual art.

Now, Salvesen and Damiani are bringing the exhibit before an even larger audience: the 2019 LA Art Show. “Virtual Futures: XR Showcase,” presented by LACMA, brings the featured work to an even finer point: narrowing the exhibit down to just four artists, and demonstrating this next-gen technology not only as an artistic medium, but the broadening scope of who is pioneering it. Three of the four artists are women, and the lone male artist is a person of color.

“We wanted to show artists coming from different backgrounds, and who had different pathways to VR,” explains Salvesen. “Jorge R. Gutierrez is a painter and animator; Nancy Baker Cahill also comes from a more traditional fine-art background. Wesley Allsbrook and Drue Kataoka are in the ‘born-digital’ generation. The diversity of all four artists shows the range of potential in this medium.”

Primarily referring to herself as an artist and art director, after graduating from Rhode Island School of Design (RISD), Allsbrook has worked in every medium from digital art, to animation, to comicbooks, to VR art and installations. Her stunning illustrations have been featured in many publications, including The New Yorker and The New York Times. A piece she did with The Marshall Project and ProPublica, “An Unbelievable Story of Rape,” won a Pulitzer Prize. “Dear Angelica” a short VR film she art directed and was the primary illustrator for, gave us a glimpse of just what this emerging medium is capable of.

One of her driving goals in the work she does is to create better legal and financial working conditions for artists and women in tech. It’s lead to some pretty stunning innovations.

“So often in tech, the tools that we create with are guided by what's traditionally been, you know, cis white men. But Wesley Allsbrook was tapped early on by Oculus to help them build Quill,” says Damiani. “She literally worked in tandem with Oculus, which is owned by Facebook, to build out the art creation tool that now tons and tons and tons of artists use to make art in virtual reality. Having her work on display is a testament to her contribution to the industry, and speaks to all the new voices these tools have given access to.”

Among her many pieces on view in “Spatial Reality,” the stand out was probably the live, virtual reality painting viewers were able to walk around in, complete with a full soundscape thanks to the immersive headset.

For the exhibition at LA Art Show, she’s going in a different direction. “I won't be bringing much new ‘XR’ work to the show,” she says. “Mostly what I'm choosing to make is about having lived and worked in San Francisco. You don't need to download an app.”

Nancy Baker Cahill was well-known in the world of fine art and video installation long before she ever got her hands on VR.

“I've always had worked in video and in drawing, and drawing is sort of the foundation of everything in my practice,” Cahill tells me. “I was always looking for increasingly immersive experiences for the viewer, and my decision to get into VR was born out of frustration about literally not being able to put someone inside of one of my drawings.”

A lot of her work has always existed at the intersection of art, activism, empathy and representation—a melding of traits taken to a whole new level thanks to XR. A multi-disciplinary artist in the truest sense of the word, Cahill has gone on to create whole new technologies to bring art into the digital arena. She is the founder of 4th Wall, a free Augmented Reality (AR) app that allows users to place 3D art anywhere they want, and actively explore it by roaming around the real space they’ve placed it in—finally allowing people to physically go into her work.

“[First putting my work into AR] was a kind of a breakthrough moment. But what I couldn't have anticipated was how much this would open up [other avenues],” she explains. “Being able to offer a kind of public access to the work really reignited my commitment to my own social practice. It allowed me to work with communities that, you know, aren’t always welcome or included in art, or pull art out of traditional contexts and put it into new and interesting locations where it has more resonance, or might have a different kind of resonance given its relationship to the site.”

After founding the 4th Wall app, Cahill built within this a feature called Coordinates, which allows individual artists to activate their work in site-specific locations. “One of the reasons I created that was so that artists would have a platform to take up space, especially women and people of color,” Cahill explains.

Though she’s primarily using VR as a tool to empower other artists, it truly was a life-changer for her as well.

Drue works in VR as an artist, a technologist, and an activist, and regularly exhibits at the World Economic Forum. She has been invited to speak all over the world for dozens of organizations, companies and governments. Kataoka is an Artist in Residence for Google VR’s tilt brush program and is a member of Facebook's Oculus Launchpad.

For the LA Art Show exhibition, she’s bringing a piece entitled “Why Not?”

“In my virtual reality art practice, I’ve been building a vocabulary around reflective fragments and surfaces,” Kataoka explains to me. “In general, I like how mirror fragments can serve as mini-gateways between the artwork and the environment in which the artwork is situated, even if that environment is a virtual one. In ‘Why Not?,’ the world is situated in a giant reflective egg with a jagged edge. Encircling this is another massive egg constructed only of fragments. Smaller fragmented eggs are ‘exploded’ in various degrees of open-ness in a mysterious fashion that you are left to piece together. You can teleport around to explore, as various orbs appear and speak to you that you can touch and interact with.”

“Why Not?” proved to be a big hit at the sp[a]ce gallery exhibition, and Kataoka is curious to learn how audiences at the LA Art Show will interact with the work. “People are excited and surprised when they discover they can interact with ‘Why Not?’” she says. “That you can ‘touch’ elements in it and those elements respond. In an art museum today in the real physical world you can’t touch the art, generally. But in my piece, I encouraged it. It is a much different experience than gazing at a flat painting on a wall. People can walk around inside the artwork and have a dynamic experience.”

Born in Mexico City and raised in Tijuana, Jorge R. Gutierrez has spent his entire creative career in entertainment working to positively change the way Mexicans and Latin Americans as a whole are viewed in art and the media.

He and his wife, Sandra Equihua, created the children’s animated series, “Le Tigre: The Adventures of Manny Rivera,” for Nickelodeon, which won multiple Emmies. Perhaps he is best known for his 20th Century Fox Film, “The Book of Life,” which he co-wrote and directed in 2014. More recently, he made his first foray into VR with the Emmy-nominated short film, “Son of Jaguar,” for Google Spotlight Stories.

This made a huge impact at the sp[a]ce gallery exhibition, and will be a major component of the showcase at LA Art Show. “Son of Jaguar” tells the story of a luchadore, whose missing one of his legs, preparing to face off in the most important of his life: against an opponent who killed his father, Jaguar.

“People that have missing limbs always make me cry when they tell me how happy they were to watch a protagonist like themselves,” Gutierrez tells me of the film’s subject. “And if it's a little kid talking about one of their parents my heart just bursts. It's been really emotional to hear from audience members like these. The lead luchador missing a leg was a metaphor for someone incomplete. In the end he learns that while he's missing a leg, thanks to his family, he has never been more complete.”

A veteran of animation, and even with a successful painting career, this marked the artist’s first time in such an experimental medium.

“I had heard that watching VR, the audience tends to feel like a ghost,” says Gutierrez. “And then putting on the VR headsets felt like putting on a Lucha Libre mask to me. So I decided I want to make a short about being the ghost of a luchador visiting his family on Day of the Dead. And oh no, the family is broken and you have to help [them to] fix themselves.”

Of course, this was not without its challenges.

“By far the hardest things was not being able to frame the camera. The big aha moment for me was realizing this was more like theater than cinema,” he explains. “It is a virtual play in that everyone will experience something different. And if you don't look in the right place and pay attention you will miss important things, just like a real play. We are asking the audience to commit.”

Virtual Futures: XR Showcase, presented by LACMA, will be on view at the LA Art Show from January 23 - 27, 2019. Many of the artists will be there with their work. 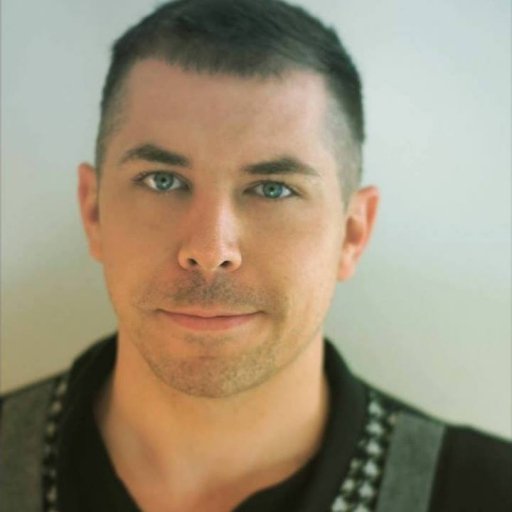 Dustin is a Los Angeles-based storyteller passionate about social impact, technology, entertainment, and all the ways they intersect. You can find him on his website, Dustin Clendenen.com.