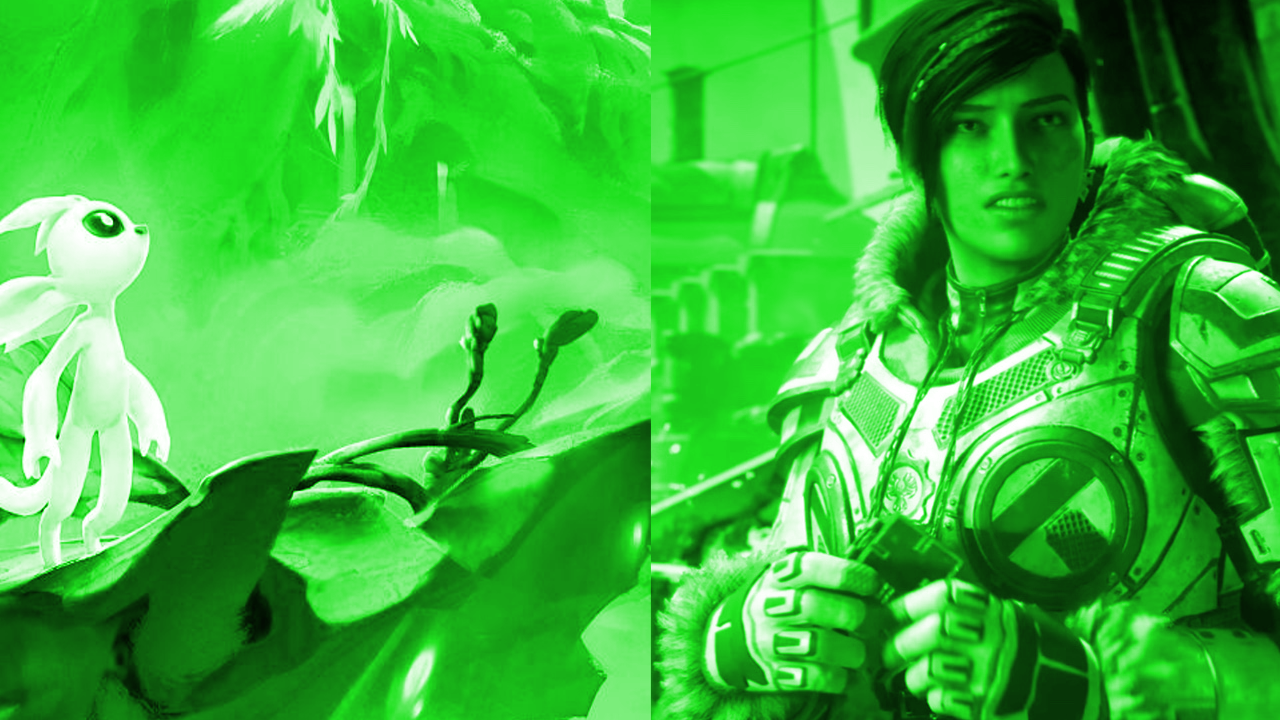 As the year began, we started taking a look at what the Big Three platform holders could be up to in 2019. Last week, we took a look at Sony and PlayStation, particularly its software lineup for 2019, plans to integrate Sony Pictures and Sony Pictures TV into PSN and, more importantly, whether PlayStation 5’s unveiling will happen.

Today, we take a look at Microsoft and Xbox, and what team green has planned up their sleeves this year in Redmond, Washington.

Microsoft had a quieter 2018 compared to its closest rival Sony, although was still expecting a massive GOTY contender in Forza Horizon 4. But Microsoft’s aim for last year was two-fold: continue laying down the path of a bigger digital ecosystem with Xbox Game Pass, as well as significantly bulk up its first-party studios.

This year, Microsoft has a better first-party lineup of games coming, including Ori and the Will of the Wisps, the unannounced-but-expected Forza Motorsport 8 from Turn 10 and Gears 5, likely the big dinner ticket for the holidays. And, of course, there's Crackdown 3's release on February 15.

According to IHS Markit’s Piers Harding-Rolls, things are 50-50 in terms of both Microsoft and Sony’s slate, but it could take one game to give an advantage. “Some audiences will prefer Microsoft’s release slate while others will like Sony’s. I think the release schedule looks fairly balanced,” he said.

“[It] depends on whether we see The Last of Us: Part II this year on not, which would tip the balance towards Sony in my opinion. Also, you have to consider that Sony has a steadily growing installed base of PSVR users and VR games on the slate will help it differentiate from the Xbox One catalogue.”

Added DFC Intelligence’s David Cole: “For the first year ever, in 2018, the Xbox One reached DFC Intelligence forecasts. For 2019, we have raised expectations somewhat. This is due not just to an upcoming lineup but a nice library of titles that has built up over the years.

“It is a time when a PS4 owner may look at buying an Xbox One just for some of the titles in the library. In my opinion, I would buy an Xbox One just to play the Forza Horizon games. At this point, I think new users are looking more at the entire library, not just new versions of established franchises.”

The evolution of Xbox Game Pass is something that Microsoft will likely be paying close attention to, what with the successes they've seen with Sea of Thieves and Forza Horizon 4. And, as streaming services continue to gain a foothold, the continuing work on its cloud-gaming effort ‘Project xCloud’.

Harding Rolls said these and an emphasis on streaming service Mixer will help advance Microsoft’s digital push in 2019.

“Microsoft’s focus this year will be on expanding the impact of Xbox Game Pass, increasing engagement and further testing its cloud gaming proposition,” he said. “The console companies realise it is a tough ask to expand beyond the established console audience so are looking at ways to reach beyond these gamers with their content. In terms of engagement, Mixer has a significant role to play so I expect a continued push on the influencer side of things.”

Microsoft's previous emphasis towards digital in the early days of the Xbox One, including "always online" and restrictions on second-hand games, has dimmed a bit under Phil Spencer's leadership. Cole noted that while Microsoft has eased up on some of that, it's not the wisest option to continue to push that particular digital agenda.

“Things have been heading more digital for years," Cole commented. "Microsoft just tried to make things happen too fast. I think you nail it on the head when you say ‘evolve.’ Six years is a long time and of course, the digital ecosystem has evolved over that time.

“Basically, Microsoft is being less arrogant and not forcing consumers to go digital. An always on option would probably be a bad idea even today. Six years ago, it was crazy stupid.”

Microsoft’s growth with digital will likely involve hardware. Windows Central reported in December the company was working on two digital-only Xboxes. One digital-only box is said to exist as part of the family of next-gen Xbox machines, under the codenamed umbrella of Scarlett, that Microsoft mentioned it was working on at the end of its E3 press conference last June.

Short-term, Microsoft looks like they’ll be testing the waters for a digital-only console within the Xbox One family. The same Windows Central report backed up an earlier report from November by Thurrott that Microsoft is planning a disc-less XB1 for a Spring 2019 launch, adding it could be announced as soon as this month (though time is running out for a January announce).

The machine, set to be priced at $200 and could include a program which allows those with a disc heavy collection to trade their games to retail for download codes of those same games, will be the first major pairing of hardware and digital in Microsoft’s current push.

“A disc-less SKU as part of a broader product strategy that includes the standard Xbox One can be a success if it enables a lower price point,” said Harding-Rolls. But despite reports suggesting otherwise, don’t expect any similar machine under the Xbox Scarlett family.

“Will we get a disc-less version of a next generation Xbox at launch? I think it is unlikely, although possible as part of a wider product strategy to deliver some flexibility in price points. Generally, however, I think console companies will be conscious of not over complicating the offer to the consumer, so may avoid too many SKUs at launch.”

But a disc-less XB1 would only attract a very specific audience, according to Cole.

“A disc-less Xbox One would be a lower cost, probably niche product,” he said.

“A big frustration with the Xbox One seems that every time you turn it on you have to wait a long time for stuff to download before you start playing a game. Having the game local on a disc (or hard drive) is supposed to solve much of that issue. But this generation was a ugly useability problem, largely due to the connected nature of the systems. I am skeptical about that issue from a pure user standpoint.”

He continued: “A disc is super cheap storage that is fairly quick to access. As a consumer, I would pay extra for that upfront versus having to probably buy a more expensive large hard drive to store everything. If it comes with 2 TB or more of storage that issue starts to go away.

“However, I still think it will be a niche option for a certain consumer base. Personally, I would not trust it.”

One of Microsoft’s big stories last year was the expansion of its first-party studio lineup, something that was felt by many in the industry to be lacking compared to Sony with the likes of Naughty Dog, Sony Santa Monica, Guerrilla Games, and more.

Microsoft onboarded six new studios and created a brand new one from scratch over the course of 2018. At E3, it announced the formation of the Santa Monica-based The Initiative, headed up by former Crystal Dynamics studio head and former Square Enix West studios boss Darrell Gallagher, with talent from Insomniac Games, Sony Santa Monica and Rockstar already on their books.

In addition, they announced the acquisition of We Happy Few developer Compulsion Games, State of Decay studio Undead Labs, the highly-acclaimed makers of the Forza Horizon series Playground Games and the talent behind Hellblade, Enslaved and DmC in Ninja Theory, the latter a massive bombshell.

And at X018 last November, Microsoft also announced the acquisition of two Orange County, California RPG powerhouses, Wasteland developer inXile Entertainment, as well as South Park and Path of Eternity studio Obsidian Entertainment, who are currently working on The Outer Worlds with Private Division for a release this year.

“I’m expecting more acquisitions to bulk up the first part capability. Judging by the current strategy I expect these to be smaller studios.”

Cole is of the thinking that despite these acquisitions, Microsoft’s future vision is still somewhat blurred, and even indicated a competitor for Microsoft that wasn’t just Sony.

“Microsoft first-party efforts have seemed to always be in flux. Building up, then shutting down,” he said, referring to Microsoft’s past of closing studios, including the 2016 closure of Fable developer Lionhead Studios (it’s worth noting the rumours that Forza Horizon developer Playground Games is said to be on working on a brand new Fable).

“Recent acquisitions are of course a building up, but they get nowhere close to the development Sony (or Nintendo) has. In many ways there seems to be a focus on PC games and making the Xbox brand more of a console/PC crossover. That seems to be where a lot of development resources are being focused. This could be an interesting niche for Microsoft as they really lost out by ignoring the PC market in the aughts. How did Microsoft sit back and let a small developer like Valve build such control of online game distribution?”

Cole continued: “The acquisitions do show Microsoft’s commitment to the space, but the overall long-term strategy still is unclear. Is Microsoft looking to compete with Steam, with Sony, with both?”

Microsoft is expected to launch the next gen Xbox in 2020, but unlike Sony where it feels like we will see the doors blown off on PlayStation 5 this year, that feeling isn’t as set in stone for Microsoft yet. All the same, Harding-Rolls said “more concrete info this year” is “likely”, but added “a full blown reveal” won’t happen until next year.

If Microsoft did this, it wouldn’t be the first time they visited this playbook. In 2016 at E3, they teased what was then Project Scorpio, a more powerful Xbox One that was cited as the most powerful console ever made. That console would be officially unveiled a year later as Xbox One X.

Cole said, however, that revisiting such a reveal for the next Xbox would be a bad play, noting it should instead take notes from how Apple does things. “I thought the Project Scorpio tease almost 18 months before launch was a disastrous mistake. Hopefully they learned. Look at Apple and how they handle their product launches. Product announced, then launched. Microsoft should look at that playbook.”

On Thursday, we’ll take a look at Nintendo, who dropped a bombshell with the reboot of Metroid Prime 4’s development last week. We’ll take a look at that in more detail, plus what to expect this year for Switch, and whether this is finally the end for Nintendo 3DS.