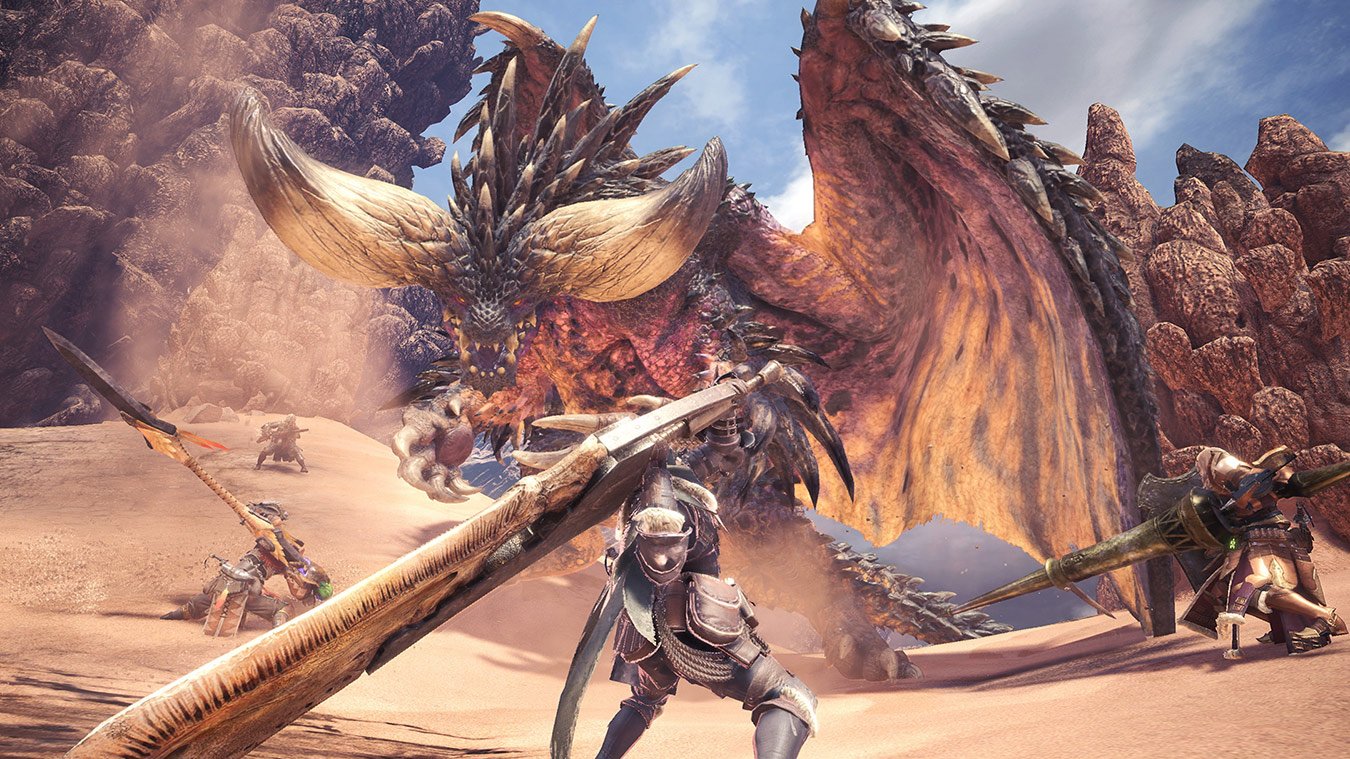 Capcom has released its financial report for Q3 2018, and the numbers point to a record-breaking fiscal year. Driven largely by the continued success of Monster Hunter: World, fiscal year 2018 has been the most profitable in Capcom’s history. Numbers-wise, Capcom posted a 28 percent increase in net sales for FY 2018, as well as an enormous 92 percent increase in operating income.

“This quarter, Monster Hunter: World, which caused a sensation in the market in the previous fiscal year, continued to drive results after surpassing 10 million units shipped—a first for any single title in Capcom's history,” the report reads. With Iceborne, the massive expansion set to release this fall, it’s likely that Monster Hunter will continue to draw large user numbers throughout FY 2019.

“The size and reception of the expansion will please the continuously growing Monster Hunter: World player base and may draw in a significant number of new players, especially if there is a appropriately priced bundle where the base game is included with the new expansion,” Reginald McKim, market analyst at Nielsen’s SuperData told GameDaily. “It is safe to assume Iceborne will perform very well.”

Outside of Monster Hunter, other games that performed well for Capcom include Mega Man 11, Street Fighter 30th Anniversary Collection, and the rerelease of Onimusha: Warlords. This continued focus on franchises that are familiar and nostalgic to fans is likely to play into Capcom’s future plans, McKim said. “Capcom has very powerful IPs in their arsenal; remaking more Resident Evil games seems to be in the pipeline already but I believe they can tap into several of their slumbering IPs, [such as] Viewtiful Joe, Dino Crisis, Onimusha, and Breath of Fire to generate interest among the new generation of gamers as well as banking on the nostalgia of the older generation.”

Impressively, the report doesn’t include any sales numbers for the Resident Evil 2 remake which released late last month to nearly-universal critical praise. There aren’t any concrete sales numbers available just yet, but with the fiscal year not over until the end of March there’s still time for RE2 to figure into Capcom’s already lucrative 2018.

“The Resident Evil 2 remake will help boost Capcom's revenue but it will be a tough year-over-year comparison against the first quarter of 2018, which saw the release of Monster Hunter: World on,” McKim said. “However, I imagine the Resident Evil 2 Remake outperformed most internal forecasts and expectations, especially on the PC platform.

Not all of Capcom’s business sectors posted such impressive gains. While the majority of the company is dedicated to game development and publishing, approximately a quarter of Capcom’s resources are allocated to the production and maintenance of pachinko and pachislot machines. This fiscal year saw the release of Resident Evil and Street Fighter-themed machines, but Capcom is holding expectations for them in check thanks to a shrinking market. According to the report, sales for pachinko machines have struggled lately “due to the downturn in consumer confidence and dampening investments by the pachinko/pachislo hall operators.”

Still, Capcom’s quarterly report paints a bright picture, and the company’s strategy of providing more of the same (but better) appears to be paying off. With a pair of heavy-hitters in Resident Evil 2 and Devil May Cry 5 yet to figure into the sales numbers, as well as the imminent release of Iceborne a bit down the line, it’s possible that Capcom could see another impressive year. Not bad for a company that was forced to realign its view of game development six years ago.