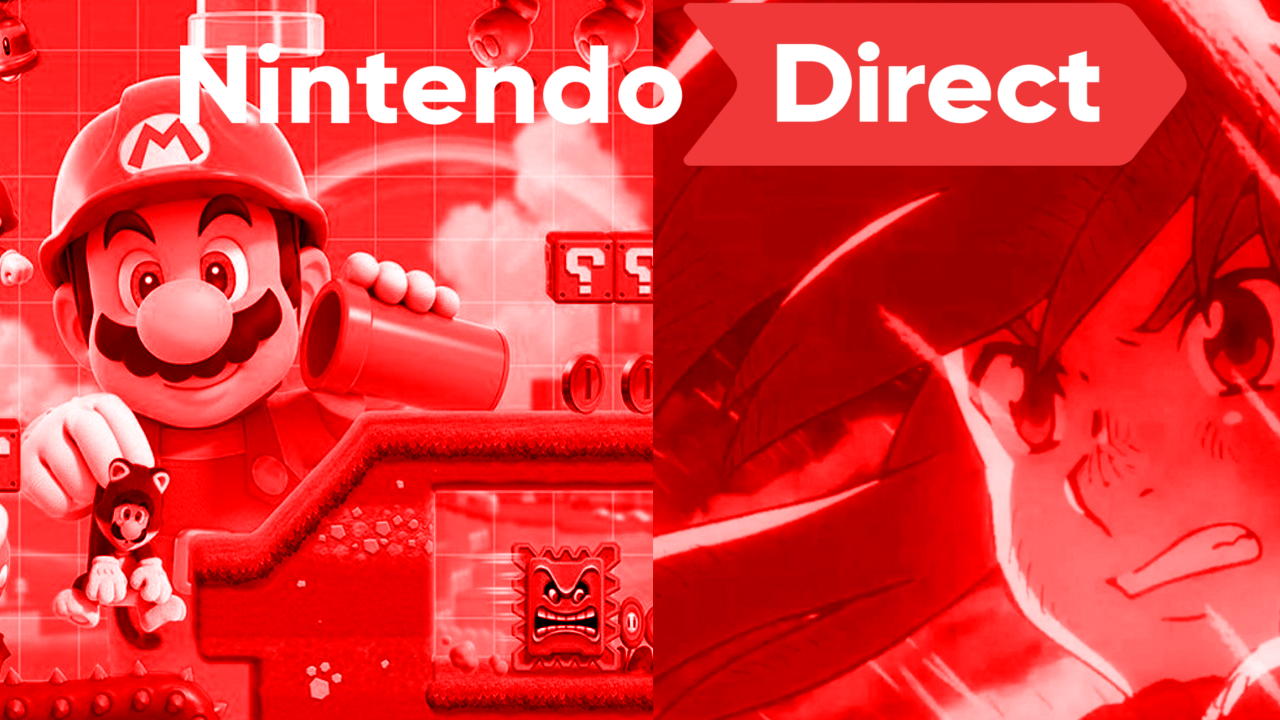 Nintendo looks like it’ll not so much step on the gas as it’ll stamp on the pedal for the Switch’s third year on the market.

Last night’s Nintendo Direct, the first of 2019, was a whopper of a presentation, with an exorbitant amount of announcements throughout the 35-minute long broadcast, bookended with a Super Mario Maker sequel coming this June and the reveal of a remake for The Legend of Zelda: Link’s Awakening, the '90s Game Boy title that will make its way to Switch this year.

Despite the no-show of Animal Crossing for Switch - unveiled in the final Nintendo Direct of last year - the Metroid Prime Trilogy collection (which Nintendo is said to be sitting on after development finished in the wake of Metroid Prime 4’s development reboot), and other games, it still not only entertained a good portion of fans, but also showed what could end up being Nintendo’s holiday lineup.

Nintendo's 2019 may not have Smash, but it's shaping up to be one heck of a year

From last night’s event, we now have an idea of not only what to expect throughout the year from Nintendo, but also potentially what could also be its holiday lineup. It was a somewhat quiet 2018 that picked up closer to the end of the year with Pokemon: Let’s Go Pikachu/Eveee and Super Smash Bros Ultimate.

Outside of Super Mario Maker 2’s June release and Zelda: Link’s Awakening’s 2019 timeline, a big portion of the Direct was aimed at Fire Emblem: Three Houses, which is now confirmed for a July 26 launch and being co-developed by series stalwart Intelligent Services plus Koei Tecmo, as discovered after the broadcast.

Mech game Daemon x Machina, announced at E3 last year, is due for a full release this summer, but has a demo of several missions from the game out now on the Nintendo eShop. Yoshi’s Crafted World, due on March 29, also has a demo available now on the eShop. Marvel Ultimate Alliance 3 from Team Ninja and published by Nintendo, announced at The Game Awards, will be out this summer.

Platinum Games unveiled Astral Chain for an August 30 release, and will feature the directorial debut of Takahisa Taura, who was instrumental in designing some of Platinum’s best games, including Nier Automata, Metal Gear Rising, and the underrated Wii gem Madworld. Well-known Platinum director and Bayonetta creator Hideki Kamiya will act as supervisor. Nintendo added Platinum was still “hard at work” on the much-anticipated Bayonetta 3.

Dragon Quest XI S, released in Japan a while back for the system (and was actually one of the first confirmed games for the system when it was first announced under the codename NX), is coming to the west this fall as the definitive version of the game, including an orchestral rendition of the soundtrack, something which was lacking in the original version that released last year in place of a synthesized soundtrack, criticised by reviewers.

Here’s what Nintendo currently has confirmed on its books for 2019:

It could be that a part of the holiday lineup for Switch will include the duo of next-gen Pokemon games (history dictates they’ll get their own standalone, pre-E3 Direct when they’re officially announced), Animal Crossing, Luigi’s Mansion 3 (likely to tie in with Halloween), and Zelda: Link’s Awakening.

It’s definitely fair to say either way 2019 will be a great year for Nintendo.

“Yes, especially the summer and second half of 2019 looks good in terms of blockbusters - and it's still only February,” Kantan Games’ Serkan Toto told GameDaily.biz in the aftermath of what he called a “very good overall” presentation when asked if this shaped up to be a stronger year over 2018.

“Sarcastically speaking, one could say that after 2018, this year can only be better. I believe that after Smash [Bros Ultimate] last year, Nintendo will build up Pokemon to dominate the holidays 2019 (and the critical last quarter of the calendar year).”

But DFC Intelligence’s David Cole added that although it was “a solid lineup of games” shown last night, he said “the big issue we have with the Switch remains.”

Cole said: “The lineup preaches to the converted. There is nothing new that would get someone on the fence to jump in. DFC has slightly raised its Switch forecasts, but we still estimate the system will end up with significantly fewer units than the Wii. This lineup just erased some fears that Nintendo would have a really blank slate.”

Cole added that he feels Nintendo is not rocking the boat as much in comparison to Sony, who have new IPs Days Gone from Sony Bend, Dreams from Media Molecule, Ghost of Tsushima from Sucker Punch, and Kojima Productions’ Death Stranding still to come on PS4, all on the cusp of PlayStation 5’s reveal.

“I would like to see something truly new from Nintendo. Yes I remember playing Link’s Awakening 25 years ago with fondness, but why does it seem like Sony is the one taking chances with products like Days Gone. Nintendo seems to be playing it very safe.”

But while the software lineup for Switch is incredibly strong for 2019, last night’s Direct was definitely indicative that Nintendo 3DS’s days are coming to a close. And that might have to do with Nikkei’s recent report that Nintendo will introduce a Switch Lite sometime this year, a drum that Toto has been banging on for a while.

“The 3DS had a great run, but it's more than clear now that the 3DS is on the way out,” Toto said. “We might see the one or other interesting game still coming out, but I believe that the Switch ‘Lite’ will be the final nail in the coffin for the system.”

Cole added that Nintendo’s focus on Switch as a platform that continues to grow was why there was no focus on 3DS last night.

“...[It] clearly it is not a major growth platform. Nintendo is managing the downcycle. At an event like Nintendo Direct the focus was clearly on the growth area, which right now is the Switch.”