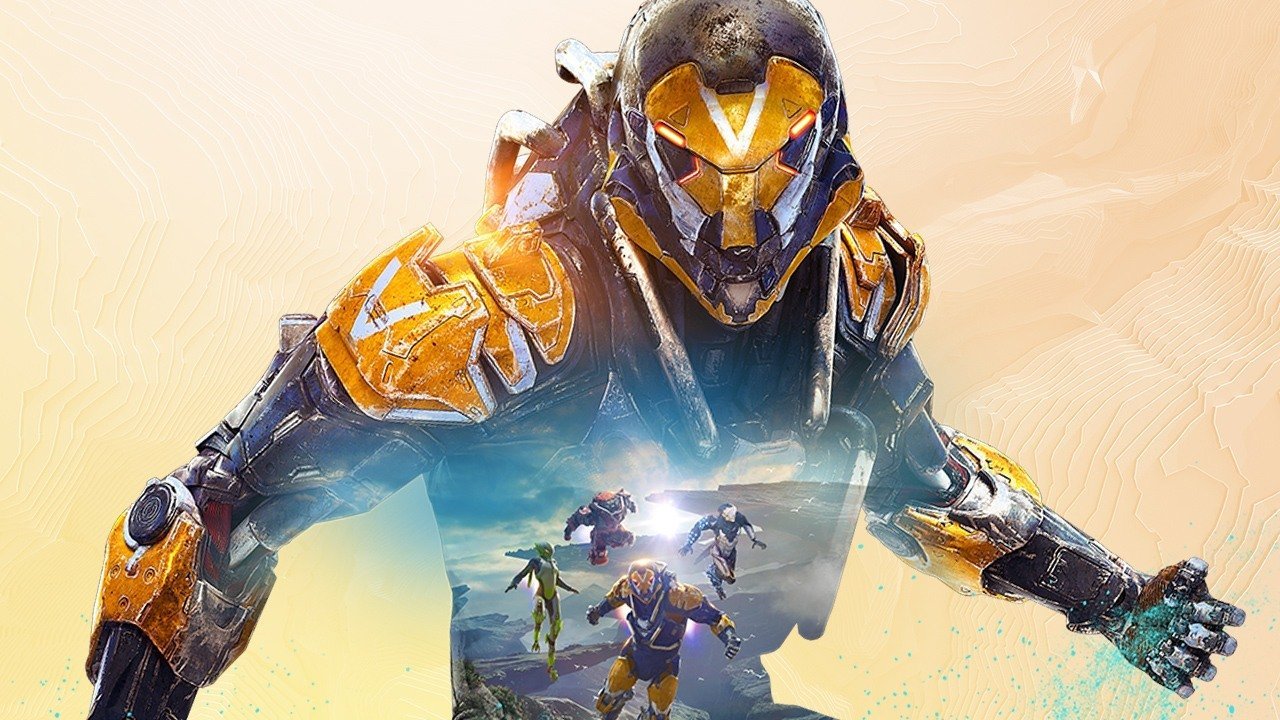 Update (2/22/2019): EA has shared additional information with GameDaily related to the Gggmanlives Anthem video and the allegations that EA had it removed for negative content. EA runs two separate programs for influencer and content creator videos. Game Changers is the unpaid program (that will cover expenses to EA events), but as we know from the Apex Legends launch, EA also does directly sponsor influencers to generate content.

There are two separate watermarks that are used in these instances. For Game Changers, the watermark says, “Presented by Game Changers.” That’s the watermark Gggmanlives used in the past and told GameDaily was present on his original video (before it was re-uploaded). The other watermark, used when there’s a sponsored content agreement and money changes hands is “Sponsored by EA.”

EA has confirmed to GameDaily that it specifically requested that Gggmanlives replace the “Presented by Game Changers” watermark on the video with the one that reflects sponsorship, because that was the relationship for this content. He previously published another video from an event EA hosted in Tokyo with the Game Changers watermark that he says met EA’s approval.

In a conversation on Twitter via direct message, Gggmanlives confirmed to me that he did receive compensation for this video, but claims it was under the Game Changers program (which EA told GameDaily in a comment earlier does not support review videos). (Update: During our conversation, Gggmanlives told GameDaily that he had a contract with EA that specified compensation for a review video. Following publication, he clarified that he has not yet received his payment under the terms of the agreement.)

As stated in the original story below, EA does not typically pay Game Changers more than a small stipend for incidentals when flying them out to events.

Gggmanlives has also tempered his assertion that EA has definitely blacklisted him. “I assume that relationship is severed now,” he told me.

In his re-uploaded video and in a tweet pre-dating the re-upload, Gggmanlives is confident EA has blacklisted him.  “I had to re-edit my original review for Anthem, because it was deemed too negative,” he says. “And I guess on top of that, I’ve been added to the long list of blacklisted YouTubers.”

Gggmanlives declined to share the contract he signed related to the videos or his correspondence with an EA PR representative in which he says that he was told to remove the video for its contents.

There has been a lot of buzz surrounding BioWare’s newest game, Anthem. Not all of it has been good.

In addition to tepid critical response and some off-putting comments from a Microsoft corporate executive, EA has been accused of removing a sponsored video for being overly critical. YouTube creator Gggmanlives posted a video titled “Anthem Review (It’s Pretty Bad)” on Thursday, February 21, a day before the game’s release.

Shortly after, the video was taken offline. In response to an inquiry about this, Gggmanlives stated, “I’m blacklisted now and had to delete it.”

According to EA, that isn’t the case at all. Gggmanslive is part of the Game Changers program, which the publisher describes as, “a community partnership program that fuses content creators and expert players directly into the game development process enabling early collaborative feedback for improvements. We also empower creators with early access gameplay capture to inspire innovative storytelling.”

Most people in this program are not compensated for their content, though they might be given travel consideration to attend events with small stipends for incidental expenses. In return, they are required to provide full disclosure that includes “audible and written descriptions” as well as a watermark on the video.

There is no requirement that content be favorable. In fact, EA addresses this directly in the Game Changers FAQ.

“If a Game Changer posts a negative review or content about the company or one of our games that is honest and constructive – they will have our thanks and full support,” the website states. “We demand that our Game Changers act with honesty with us, with our dev teams, and with the community. Sometimes this can make things uncomfortable! EA is committed to being player first and earning the trust of our community. We make mistakes and get things wrong all the time. For our teams to improve and get better, we need our Game Changers to keep it real.”

When reached for comment, an EA representative made clear that the video content violated no rules or agreement with the publisher.

Instead, Gggmanlives failed to include all the proper disclosures, prompting EA to approach him about the video. A publisher representative explicitly denies that the content had anything to do with the move.

“Our Game Changers program is not designed to pay for review content,” an EA spokesperson told GameDaily. “We don’t believe in that. In this case, the conditions for disclosure for this specific video were not met – which is something we adhere very strictly to – so we asked for it to be taken down and corrected. We’ve not asked for the content of the video to be changed, or “blacklisted” the creator. Our full disclosure rules can be found here: https://www.ea.com/game-changers/disclosure.”

Across EA’s Game Changer page are statements about the importance of Game Changer disclosure, including on a page dedicated to the subject.

“Game Changers have full editorial control over their content and storylines,” the website says. “EA does not approve Game Changer content, opinions, or creative choices. EA does monitor all Game Changer content to ensure compliance with our disclosure policy, which is primarily the Presented by EA Game Changers watermark, with included audible and written descriptions. Game Changers are generally not paid for their content. Though, some will receive small stipends to cover minor expenses when attending official EA sponsored events requiring travel like EA Play and Gamescom.  We may also provide pre-release access to our games. All EA Game Changer program content requires community disclosure.”

This sentiment also appears on the “About” page. “We insist that our Game Changers act with integrity and fully disclose their program content with the appropriate watermarks and disclaimers such as 'Presented by EA Game Changers' or 'Sponsored by EA', depending on the opportunity,” it says. “Full disclosure is a fundamental value of the EA Game Changers program and required by all members.”

And in the frequently asked questions, EA drives the point home one more time. “EA believes in full transparency with our fans about the content that is created inside our partnership program, or directly funded by us,” the company says. “We require disclosure 100% of the time, every time.”

EA says it regularly contacts creators when disclosure rules aren’t followed. Rather than having staff sweep for violations, EA enforces these requirements when it either finds or is made aware of a video that does not comply.

We’ve reached out to Gggmanlives regarding EA’s statement on his claims. We’ll update should we receive a response.

Especially since the Fyre Festival debacle, the FTC is (finally) scrutinizing the way influencers promote sponsored content. The government agency failed to levy any sort of meaningful punishment to Trevor “TmarTn” Martin and Thomas “Syndicate” Cassell when the duo failed to disclose ownership of Counter-Strike: Global Offensive gambling sites they promoted to players (some of which who were minors).

Even without the FTC possibly stepping up its work to protect consumers from missing or improper disclosures, there’s an ethical standard that EA states it is trying to meet. The bad PR EA is facing in the wake of these allegations is reason enough to demand clear and obvious disclosure.