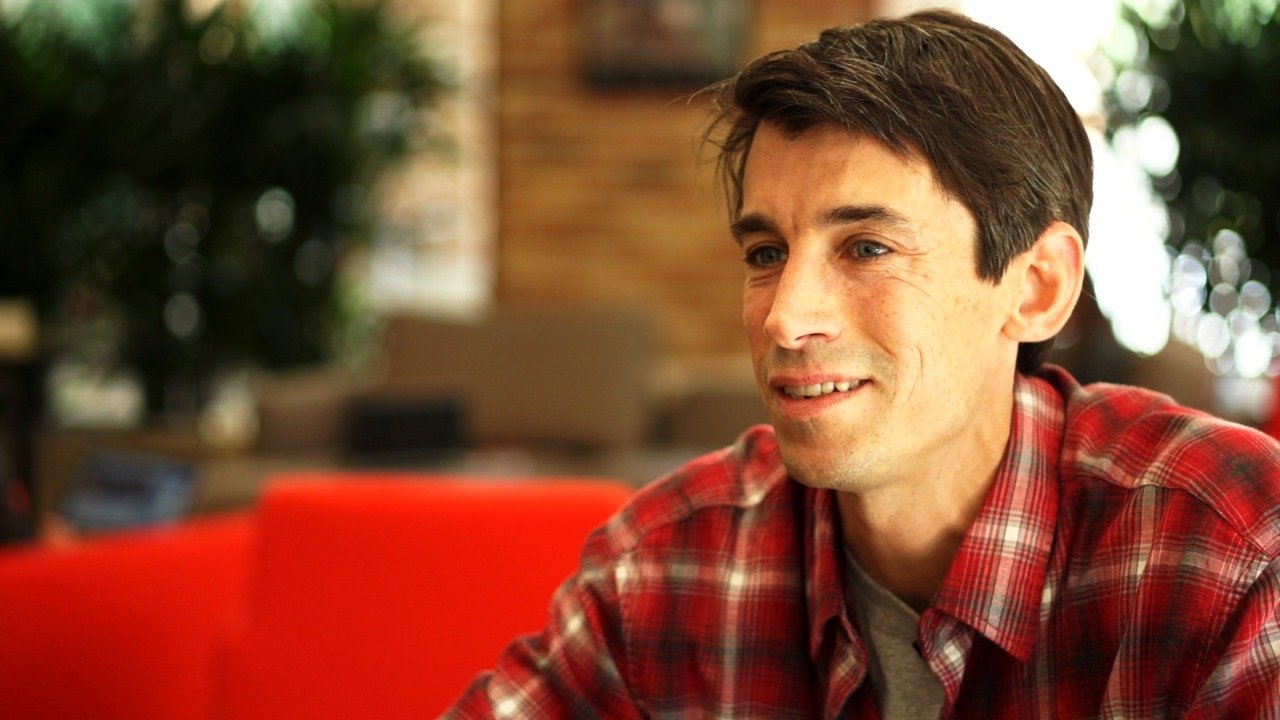 Twenty-five years in the game industry is almost impossible to achieve these days. When we look back on the oldest companies in the industry, we see shadows and ghosts of games that didn't quite make off the line. Or we see the spectre of crunch creeping up on long-time staff, chasing them away, ripping the fabric of the company at the seams.

But Insomniac Games is a different creature altogether, it would seem. It's evident in each of the critically acclaimed games that Insomniac has created over the years, including Ratchet & Clank, Sunset Overdrive, and the original Spyro series. You can see it in the DNA of their award-winning PlayStation 4 exclusive, Marvel's Spider-Man.

We caught up with Insomniac Games' CEO, Ted Price, at this year's DICE Summit to talk about how twenty-five years is possible, what Insomniac stands for, and what's next.

Price credits the studio's longevity to their collective ability to intelligently adapt with alacrity. "[We're aware of] changes that very few people can see coming and that demand the change in approach, thinking, [and] process," he said. "Those are the kinds of things that Insomniacs are very good at doing, [as] we have a philosophy of banding together and solving creative problems as a team. [This] has been a strength that we have continued to build over the years since we got into the business in 1994."

Insomniac's secret sauce isn't as simple as reacting quickly and intelligently. It's their determination to stick to the creative wells that best serve the company's creative ethos. The decision to continue "double down" on story and open-world content, was something that Price questioned at first. He was worried that it would limit their possibilities, instead of opening them up to the vast success that Insomniac as enjoyed over the years.

"[This] was the right decision because it allows us to focus more on building a certain set of strengths from a game development perspective," Price affirmed. "It [allows] the team to communicate more consistently about what kind of systems we're building. Or how we can marry narrative with design better to serve a certain genre.

"When we can specialize in a particular area and deliver something that's super high quality in [said] area, we know there is a sizeable audience of players who want to experience what we've created. It doesn't have to be multiplayer, [nor does] it have to single player. It doesn't even have to be story-driven. But once we make a decision to deliver something, as long as it's high quality and as long as we know there are players who, in general, like this type of game, there's a good chance for success. [In the past], we were trying to, in a way, aggregate all gamers in by providing a very wide feature set. Today, I don't think that's as necessary."

Even though the marketplace for games is as broad (and as deep) as it's ever been, sometimes games don't work out… even an Insomniac game. Fuse was one of those games. We asked Price about what happens when a game doesn't quite hit the right notes with fans (or the marketplace).

"We made a major tonal shift in the middle of development for Fuse," Price said. "The fans didn't react well though to the change in tone halfway through production. Because we had presented one game and then we shipped a different game. I think the lesson learned was be consistent. And we applied that to Sunset Overdrive.

"Sunset Overdrive, from the very beginning, was a very different take on the apocalypse. It was our awesomepocalypse. We, at times, had a chance to shift direction during Sunset Overdrive. It was certainly tempting to do things, to change the tone, but we didn't. We stuck to what we believe in at the beginning for Sunset Overdrive and kept the tone consistent throughout. That helped us deliver something that fans were prepared for and fans knew that they would like. They weren't surprised."

Even though Insomniac is in the business of making open-world games, their development process isn't necessarily open to public scrutiny or feedback in the way that early-access games have encouraged in the last five years, especially. But that doesn't mean that there isn't value in open-development projects. Price feels that usability feedback, which is internal to the company and stays there, and open feedback from the public are equally valuable for a studio. Discounting one for the other isn't necessarily a good idea.

"I think there are studios that are known for every open development, and they do exceptionally well because they embrace a very large audience who is on the journey with them," he admitted. "Our interest is in doing the same thing, but in a more focused way. Part of it is that we like to deliver games that will surprise and delight players. And we don't want to unveil everything about the game. [We] hold a lot back, so that players really feel like there's a surprise around every corner."

The surprises, like Spidey's plethora of suits in Marvel's Spider-Man, can sometimes be pleasant and certainly add to the overall enjoyability of the experience. But what about when something deeper needs to be said about the world? What of the politics inherent in art? Price didn't shy away from the question, but he did make it clear that he believes that social commentary needs to serve the game and the game's story, not the other way around.

"Having social commentary in one's game, in any form whether it's overt or subtle, is a great way to promote one's message," Price mused. "Whatever that message happens to be. And [it can] make the game feel even more grounded, because you're potentially touching on subjects that are relevant to all of our lives on a daily basis. I think the challenge that any game maker faces [is to] couch it in a way that feels like it serves the game and the game's story. So it doesn't feel tacked on or like it's hitting people over the head with a particular message.

"I think our goal, and I would image most developers goals, is to inspire [critical] thinking [and] inspire gamers to think about their world as it relates to what they just played through. Did we raise questions that makes one think about diversity? Or equality? Or how one treats others in one's lives?"

The most important thing for players to know about Insomniac's games is that Price ultimately sees them as "leaving a positive impact on players." Price noted that a lot of the messaging within Insomniac's games are "on the positive side."

"[We want our players to ask themselves] what friendship means," he continued. "What does community mean? What does mentorship mean? Whether we would ever be even more overt about those messages in our games remains to be seen."

An overarching message that Insomniac put forth in Marvel's Spider-Man echoes what Phil Spencer has instilled in the industry's consciousness: gaming is for everyone. Spider-Man wasn't perfect in its approach to accessibility. But the game's controls and mechanisms allow gamers to interact with the game in a way that wouldn't have been possible a number of years ago, or if the studio hadn't considered disabled gamers (or even younger gamers) during the development cycle.

"I can't remember exactly when it was in production that we started talking about accessibility," Price said. "I think it was about halfway through. Just downstairs, we were talking to Josh Straub (who gave us an award for accessibility, which was really cool). We believe that there's so much more that all of us as developers can do to help people play our games, however abled they are. And I think that we're just scratching the surface at Insomniac.

"I give huge props to Naughty Dog for really leading the way on this. I think we've been inspired by the work they've done in their games. I look forward to continuing as an industry to share that techniques that we're using. And also bring in people from outside of the industry who have strong opinions on how we can make our games more accessible. I think that's a massive opportunity for us."

As the shift towards a more diverse and inclusive game industry continues its slow trudge forward, Price admits that we (as an industry) can always be doing more. This includes addressing the plague of crunch and how that affects both the quality (and outcome) of a game, as well as the people making the game.

"I think we need to discuss the challenges openly," he commented. "I think what's great about our industry is that we generally don't shy away from difficult topics. Within development teams and between development teams, we are much more interested and ready to discuss what leads to poor production practices. And we do that at Insomniac all the time. We go through and we analyze what went right and what went wrong our previous projects.

"In general, we can identify points where we made poor decisions or we spent too much time on something and got hammered for it later. Those are … obviously they're learning opportunities but they're also a chance for us to commit to fixing a problem and not repeating the same mistake. That just takes everybody, at I think at least from Insomniac's perspective, everybody getting on board with a solution and committing to sticking to that solution until something better comes along. I feel like over the years, despite the fact that our games have gotten more complex and larger, we have been chipping away at these production problems and figuring out ways to make it better."

Part of making things better is acknowledging that if scope isn't addressed early enough, production problems will snowball. Games are much "more complex" and they're "larger" than ever. Couple that with high player demand, and there are always a myriad of issues that developers need to overcome. If the production pipeline gets clogged with "just one more thing," ultimately there won't be a game. The clock will run out and either the game will be shipped unfinished or so marred by production problems that it won't land well with consumers (or critics).

"My goal at Insomniac and our chief operating officer's goal is to remove obstacles to creativity," Price affirmed. "Those obstacles can be poor decisions, games being out of scope, milestones that aren't planned well. Those are all very mechanical but real problems that we are capable of addressing. Fortunately we have a lot of history to look back on. Every game that we make provides a chance for us to ask those hard questions and fix it for the next game."