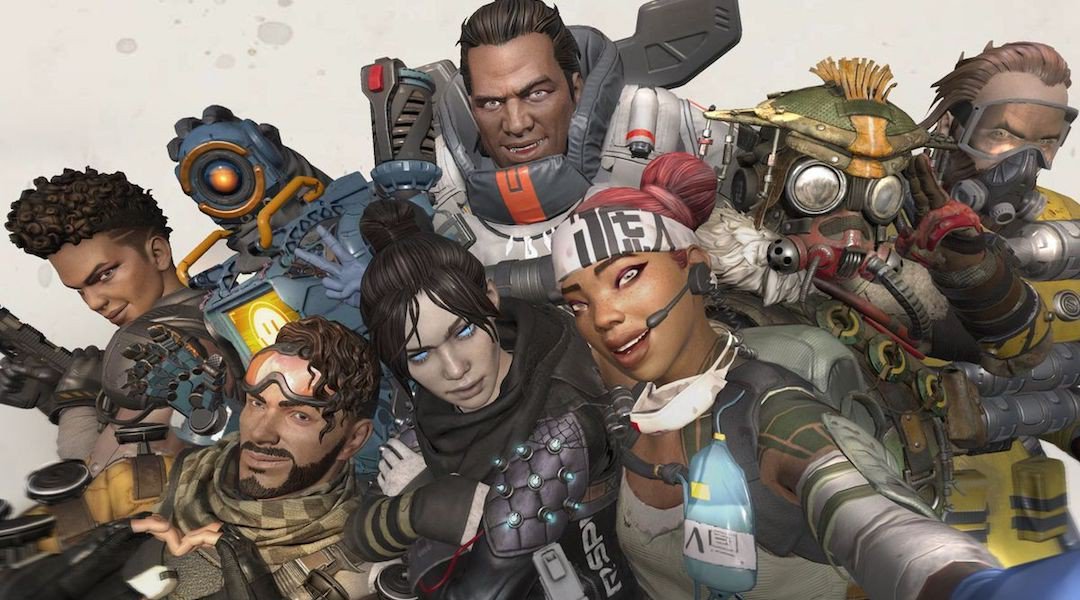 In the time since Apex Legends burst onto the scene, almost out of nowhere - the game has amassed a staggering 25 million players, hitting a peak of two million concurrent players, according to Respawn CEO Vince Zampella. Those figures speak to a well-crafted game that managed to take advantage of the battle royale format’s lasting popularity, while adding some genuine innovations to the template.

Apex Legends takes the fussiness out of battle royale: the game handles inventory management, it rewards players for sticking together, and most importantly it manages to make communication fun (and more accessible).

Apex Legends’ ping-based communications system is a thing of elegance. By default, players activate a ping by clicking the middle mouse button or right shoulder button on their controllers. Pinging creates an in-game flag that other players can see and a character callout they can hear, and it’s brilliantly context-sensitive. Pinging an area on the ground will suggest an area for the squad to explore, while pinging an enemy will highlight the threat for teammates. You can ping specific pieces of equipment, and your character will announce what they’ve found. Holding down the ping button pulls up a wheel with more options - you can tell your team when you see an open door, indicating that enemies have been through the area and that everyone needs to stay frosty.

But the ping system doesn’t simply provide an alternative for players who don’t care to speak with potentially abrasive online teammates. It’s also a well-realized accessibility feature that gives players with disabilities the opportunity to be competitive members of a team in a genre that places a high value on the ability to quickly share detailed information with your squadmates.

“If you are somebody who is on a ventilator, breathing machine, or breathing mask, you might not have the ability to call out anything,” Spohn explained.

Battle royale has proven to be a tough market to crack for newcomers to the genre. But Apex Legends’ late entry has given it at least one advantage.

After two years of popularity, the information players need to relay to each other in battle royale is pretty well-established. Respawn added an extra dimension to the ping system by including context-sensitive acknowledgments. On PC, players can always hit the “H” key to say “thank you,” or just ping another player’s ping to register agreement. In-game characters will always offer the proper response. By including the ability to close the communications loop using the same simple ping system, Respawn allows the system to feel appropriately personal even when the microphones are off.

“It feels like voice chat, just without the added cognitive or physical load that voice chat creates,” said Cherry Thompson, a Vancouver-based accessibility consultant. “I feel like this entire game is … designed to kind of encourage communication, cooperation, and friendliness. Being able to thank people, or say ‘oh yes please, I really need that,’ and have your character say it, just feels so rich, and it’s just a great feeling. I’m loving it so much.”

Thompson said it was Apex Legends’ ping system that convinced her to try battle royale for the first time - normally, she said, her cognitive disabilities have made battle royale’s reliance on team communication a major barrier to entry.

“Just seeing that the ping system was even there, I was like, ‘that looks amazing, I’m pretty sure I can do this,’” she said. “And as soon as I started playing, I instantly knew that this was going to change things for me.”

Apex Legends’ ping system may be groundbreaking, but that’s not to say the game is an unqualified success from the perspective of players with disabilities. There are issues with Apex Legends that still frustrate Spohn, such as a relatively low cap on mouse sensitivity.

“[It’s] not as sensitive as it needs to be on the higher end,” Spohn says. Gamers with some disabilities need high mouse sensitivity so that they can shift their point of view with small mouse movements, he explained, and while Apex Legends allows very high sensitivity while using the games weapon scopes, that’s not the case for normal play.

“Both of them should be capped at ridiculously high speed,” he said. That way, players who want super-high resolution and those who need high sensitivity are all covered. That was the case for the PC port of Activision’s Call of Duty: Black Ops 4, thanks to input from Spohn and AbleGamers.

“Everyone can win in that scenario,” Spohn said. “No one is left out.”

Mouse sensitivity wasn’t what frustrated him the most about Apex Legends, however.

“The mandatory tutorial was the thing that made me upset,” he said.

Before players get into Apex Legends proper, they’re required to complete a tutorial that’s meant to familiarize them with the game’s control scheme and to introduce new ideas like the ping system and downhill sliding. The tutorial is brief, but it checks that players can complete each action that’s available in the game. And that, Spohn says, is a problem.

“Often times, disabled gamers will pick and choose the buttons that are the most important to have mapped where they can reach them the easiest,” he said. “If you only have a certain number of buttons you can push, let’s say five, you have to figure out what abilities are non-essential. If the tutorial makes you map everything, you can end up in a scenario where you can’t complete the tutorial and you are trapped forever.”

Shortly after Apex Legends’ launch, Thompson made a detailed Twitter thread that details her observations about the game’s accessibility. While she gave high praise to the ping system, she also noticed a few things that Respawn might want to revisit to improve the game’s accessibility. She dinged the game for its lack of remapping options for controllers (both on console and PC), for the low readability of its subtitles and menu text, and suggested that a HUD scaling option would be a good addition.

But in general, she was very pleased: Apex Legends lets players customize incoming damage feedback and other on-screen information, and the options to either toggle or hold for crouching and aiming.

“OVERALL ACCESSIBILITY: for me it’s 75% there which… actually puts @PlayApex at the top of the industry imo,” she tweeted.

So was Respawn’s creation of an intuitive communications system that parallels or even replaces voice chat done to intentionally include gamers with disabilities? Respawn wasn’t available for comment, but Thompson suspects that’s the case - the text-to-speech and speech-to-text functions suggest Respawn has been paying attention to new-ish accessibility legislation like the 21st Century Communications and Video Accessibility Act (also known as the CVAA) signed by Barack Obama in 2010, which establishes new FCC accessibility rules for services like VoIP, SMS, and broadcast media.

But whether Respawn set out to make a more accessible game or not doesn’t matter as much as the fact that they largely did. Good design is accessible design.

“Sometimes my favorite accessibility is accidental accessibility - where someone has just naturally designed in a good way, and it’s incredibly accessible,” Thompson said. “I don’t want people to think of disabled players as different, or other, or separate to everyone else. It just should be a natural part of the design process.”

Thompson’s regular advice to game developers is that disability is normal human variation, and that rather than aiming for the median line, designers should think about humanity as a “spectrum.” That spectrum not only includes people with physical and mental disabilities, but also people who exist along a broad economic continuum. Apex Legends isn’t just free to play, its ping system removes the requirement for a microphone - which as Thompson points out is another potential barrier to entry.

Regardless of intentionality, those features make Apex Legends accessible to that many more potential players. Both Spohn and Thompson are hopeful that Apex Legends is part of a vanguard that indicates a broader change within the industry.

“From emote responses in Sea of Thieves to the ping system in Apex, our industry is coming around to the idea that not everyone can or wants to engage in voice over IP communication,” Spohn said. “There are so many means of communicating in this game that other games don't quite have yet. And we hope to continue seeing that change.”

Thompson said she’s been encouraged by seeing things like the toggleable radial weapon wheel in Far Cry: New Dawn, which is a feature she’s been after for years - and the result is a system that players with and without disabilities seem to like.

“I think good design doesn’t come from ‘Let’s hit the middle of everyone,’ or like, let’s hit ‘normal people’ - I hate that phrase,” she said. “I think when you don’t come at it from that perspective, and you try to think ‘how can we hit as many different types of people as possible,’ that’s when you get a game like Apex, where so many people are playing. Because all of a sudden it’s more accessible to people.” 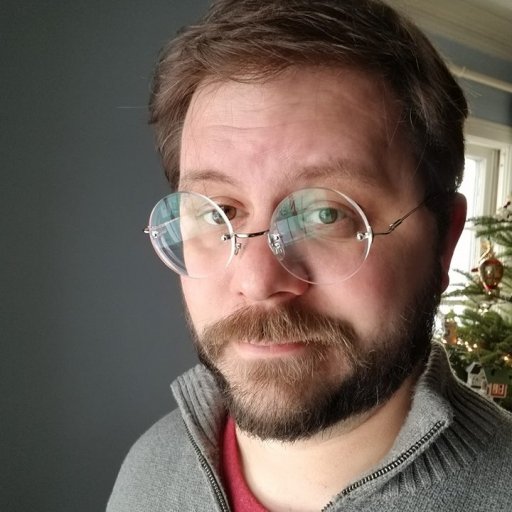 Ian Boudreau is a freelance writer and critic based in Binghamton, N.Y. He covers news for PCGamesN, and his work has appeared in places like Waypoint, IGN, Paste, and The Wargamer. You can find him on Twitter at @iboudreau.