By Embracing Indie Gaming, Casual Connect Looks Toward the Future 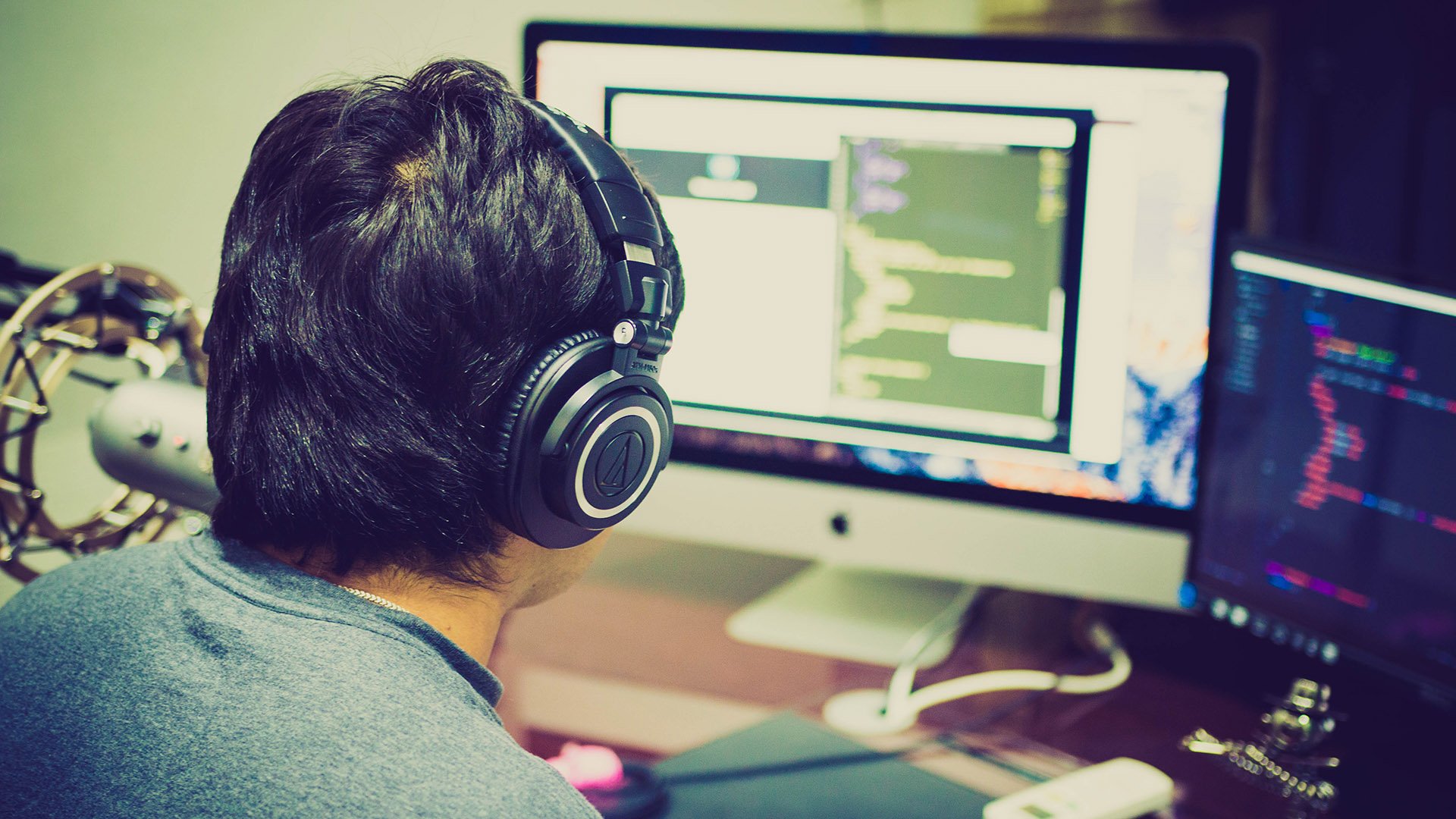 When the Casual Connect conference debuted in 2006, "casual gaming" primarily encompassed browser games and standalone computer applications. Over the past decade, however, the casual games market has exploded in reach and breadth, and Casual Connect has evolved to reflect these changes. Mobile and browser-based entertainment have become a significant percentage of the video games industry, and once-rigid philosophical boundaries that divided core and casual gaming have steadily eroded.

As Casual Connect maintains pace with the medium's growth, indie gaming has increasingly become one of its central pillars. Independent developers represent a wellspring of fresh talent and inspiration in gaming, of course, but Casual Connect as a whole has been shaped by the nature of indie gaming in a more fundamental sense. Much of this can be attributed to Yuliya Moshkaryova, who has brought her experience as Casual Connect's Indie Prize Director to bear on the overall framework of the company.

While not exclusively focused on independent development, each of Casual Connect's conferences for 2019 will reflect lessons Moshkaryova has learned through her efforts at leading the Indie Prize, an initiative to highlight and reward up-and-coming game creators from around the world. Moshkaryova describes Casual Connect as "speed dating for developers and publishers," an opportunity to connect creators with the people who can bring their work to market. It’s a philosophy she developed while fostering the Indie Prize initiative over the past few years.

"Indie Prize, when it started, was a showcase," she says. Initially, Moshkaryova and the entire Casual Connect team worked with a modest selection of titles, but that failed to represent the full breadth of originality in the indie space. The team quickly began drawing up plans to expand the platform. "I was like, 'No. That's not enough,'" she says. "Let's do some promotion. Let's go to the events.'"

Moshkaryova found that indie game developers tend to be introverts by nature. On top of that, she encountered a collective wariness among indie devs directed at the entire business aspect of the games industry. "They think marketing people are there to steal their money," says Moshkaryova. "So they concentrate on their work and don't think about marketing that much."

In her experience, however, those suspicions are short-lived once developers actually meet their counterparts on the publishing side face-to-face. "When they come to Casual Connect, they see the other side of this industry—the business side of the industry. When they interact, that's a miracle. I think it's magical. That's what Casual Connect does. We combine all those pieces like a puzzle."

To help the Indie Prize grow in the face of this skepticism, Moshkaryova had to do a considerable amount of footwork. What she learned was—as befits the small, startup nature of most developers in the space—indie gaming requires a grassroots approach.

"I started going to local events, because big ones like GDC are not really the right place for indie developers," she says. "I went into smaller communities to explain what we do, explain how to network with developers, how to get outreach, and how to get a partnership." Moshkaryova's tactics took considerable effort—she says she spent several years traveling almost non-stop—but they've ultimately borne fruit.

"Now we have around 1500 submissions per year," she says. This year, the Indie Prize showcase will encompass roughly 100 games at each of Casual Connect's four 2019 conferences. Moshkaryova says this speaks to the true purpose of Casual Connect: Bringing developers and publishers together and helping them forge business deals through meetings that couldn't happen anywhere else.

"Our industry is not that huge, if you think about it," Moshkaryova says. "Ordinary promotions and outreach don't work in this industry. I think a personal approach is really important here, and that's where Casual Connect is at its best. Many people meet their partners and business clients at Casual Connect for the first time.

"I like technology, but when you talk to people, when you understand what they can do for you and what you can do for them—that's when you find the places where you can truly connect."

The small and insular nature of games means that the one-to-one mindset that has helped make believers out of recalcitrant indie devs translates effectively to the larger industry as well. "Everything I learned as a marketing major at university, it doesn't work here,” she muses. “You really need to have a personal approach. You really need to think about the service you provide, about how you actually interact with the client."

The intimate nature of Casual Connect makes it an ideal incubator for success in games publishing. "We try to follow the trends of the industry. We invite in the most trained speakers. We form a good selection of games that are interesting for the industry. And we have that personal element." Indeed, part of what Moshkaryova finds unique about Casual Connect is its modest size, which strengthens the opportunities available to attendees.

While Casual Connect's reputation has grown tremendously over the last dozen years, physical growth is not a primary goal. It's more about continuing to boost the quality of the events, says Moshkaryova. "Look at other conferences. They grow in quantity," she notes. "But for Casual Connect, that's not the point. The quality of attendance is much more important than the quantity. You can't compare the CEO of a major publisher to a student who just came as a volunteer or on a pass. Does it make sense for [aspiring developers] to meet students? Or does it make more sense to meet someone who you're really interested in—a decision-maker who already has a leading position in the market?"

Given Casual Connect's emphasis on establishing connections between developers and publishers, Moshkaryova feels it's essential to make that process as accessible to attendees as possible. That's why, for example, tools for scheduling and arranging meetings are included as a standard element of each package. "At most conferences, that's something that you need to pay extra for," Moshkaryova notes. "But the main idea of Casual Connect is to connect people through networking. That's why the matchmaking systems that we have are always provided to all guests. You don't need to pay any extra."

On top of that, she adds, Casual Connect continues to strive toward further lowering the barriers to in-person networking—a consideration personal experience has taught her to prize. "We are working on improving [the matchmaking system] to allow our guests to set up meetings easier, to get information easier, and to actually use time more efficiently.

"I can tell you that you cannot have more than 18 or 20 meetings a day. Time is limited. It's impossible. During three days of Casual Connect, if you have 50 meetings, you must be a robot."

One new way in which Moshkaryova hopes to help facilitate extra meeting opportunities is through the addition of an invitation-only track for this year's conferences. Here, developers and publishers will connect through a rapid-fire succession of private, two-minute micro-meetings—that "speed dating" concept writ large. The idea, she says, is to make numerous quick connections that can be followed up on after the show's conclusion.

"I think it will just grow, and more people will get more deals. That's our goal," she says, adding that this objective is embodied by Casual Connect's global reach. "How many conferences do you know that have events in the U.S., Asia, eastern Europe, and western Europe?"

At the same time, Moshkaryova hopes to emphasize the fact that Casual Connect isn't strictly about making deals and landing partnerships. Each conference features multiple panels and lectures by industry stars and inspirational speakers. "When Casual Connect was created, it was created as a place for industry to meet," she explains. "But also, one of the main ideas was to educate the industry. That's why we record most of our lectures, and we have a huge collection of lectures and panels on our YouTube channel."

Despite the free public availability of these resources, Moshkaryova still believes there's no substitute for attending Casual Connect events. Educational tools and professional advice have obvious value, but they're no substitute for in-person networking.

"We connect people," she says. "Casual Connect makes it possible for a lot of developers and business people to have friends in the industry and become part of a community—part of a family." 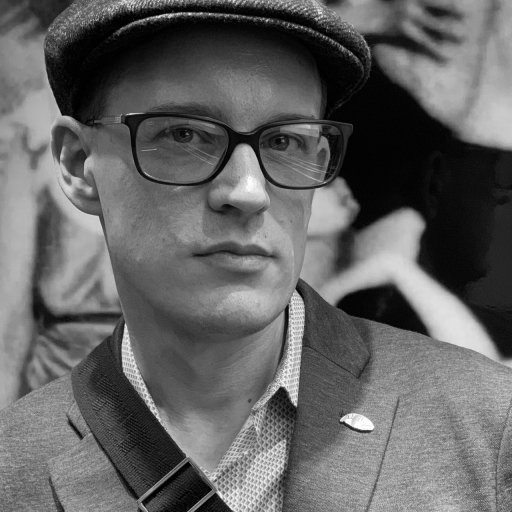 Jeremy Parish is a senior creative director at Greenlit Content and co-host of the Retronauts podcast. He’s been writing about video games for 20 years and playing them for nearly twice that. Find him on Twitter as @gamespite.