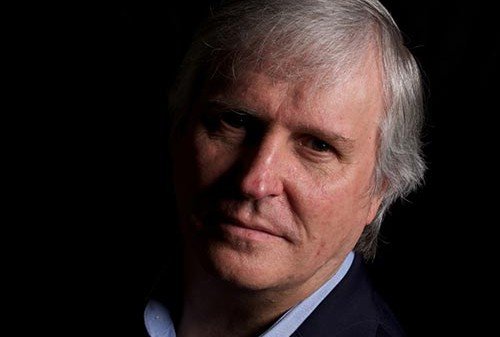 Fans of massively multiplayer online titles like World of Warcraft, EverQuest or The Elder Scrolls Online may not know Dr. Richard Bartle by name, but they've no doubt benefitted from his work. The Senior Lecturer and Honorary Professor of Computer Game Design at the University of Essex, UK is one of the industry icons who helped set the stage for online gaming before the industry even took off. Bartle is world-famous for having co-written the first virtual world, MUD (Multi-User Dungeon), in 1978 and his development of the Player Types model (1996) was hugely influential on the larger MMO industry.

At Casual Connect London, running May 28-30 at the Queen Elizabeth II Centre, Dr. Bartle will take a closer look at online game design specifically through the lens of cheating. This is a critical issue for any game designer to address. No one likes suffering through the actions of cheaters when playing online, and if it's not kept in check, cheating can certainly impact a game's retention numbers.

Dr. Bartle will discuss his four player types -- achievers, explorers, socializers and killers -- and explain how a player’s type actually can affect their views on what constitutes cheating in a game. "Sometimes, what one type thinks is beyond the pale, others see nothing wrong with whatsoever," he said.

"People don’t like playing games in which other people cheat, so if you’re trying to attract, say, achievers but are allowing all the other types to do what achievers consider to be cheating, you’re working against yourself," Dr. Bartle warned designers.

Understanding player types and the psychology behind cheating is hugely important, but Dr. Bartle wants to see more designers leverage their creativity too.

"I’m most passionate about getting the games industry to realise that it’s about creativity, not skills," he emphasized. "Skills can be taught, but creativity can’t be taught. If you take a skills-based approach to creativity you Do Not Understand, in a big way. One of the most important points of game design is that it’s about speaking to players through gameplay. You therefore need to know your audience, in order to know what to say to them and how they will take what you say. I’m speaking at Casual Connect so as to illustrate this by discussing how different players consider different activities to be cheating."

For as much as the computer games industry has evolved over the last 40 years, both in visual fidelity and design complexity, Dr. Bartle is still searching for that huge leap forward in virtual space.

"What’s surprised me most about online gaming and virtual worlds is that they’re nowhere near as advanced as I thought they would be," he stated bluntly. "I was expecting them to be wondrous places of being, but they’re still progressing one step at a time instead of in leaps and bounds. They will eventually become what they are destined to become, but I suspect I’ll be somewhat dead by the time that happens."

Dr. Bartle's talk is one you won't want to miss, so don't forget to purchase your tickets for Casual Connect London now. Greenlit Content, parent company to GameDaily, owns and operates the Casual Connect event series.