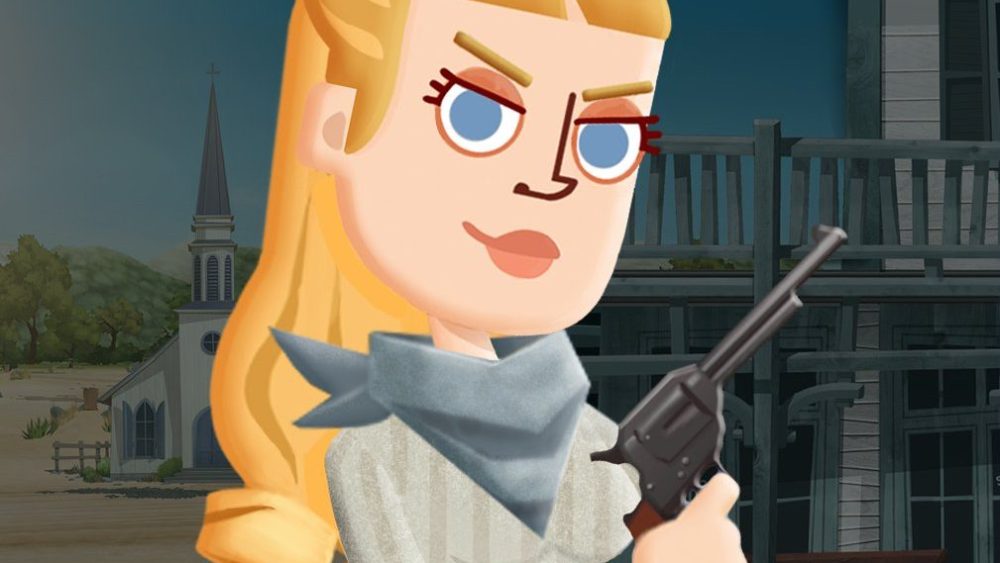 Warner Bros. Entertainment and Behaviour Interactive have been named in a lawsuit over the release of the new Westworld mobile game of the same name. Bethesda Softworks has filed the lawsuit to deal with Behaviour’s “breach of contract and misappropriation of trade secrets” and WB’s “inducement to breach of contract, copyright infringement, and unfair competition.” The complaint, which was filed in the southern district of Maryland on June 21, details the grievances between Bethesda and Behaviour, as well as Warner Bros. Entertainment, as a result of the game’s development and subsequent launch.

In the document, which is embedded below, Bethesda detailed the agreement set in place for Behaviour’s work-for-hire project, code-named “Underground” — Fallout Shelter. Bethesda hired Behaviour to develop Fallout Shelter in 2014, which has since surpassed 100 million downloads since its release on mobile. Fallout Shelter has recently made its way onto the Nintendo Switch, in addition to PC, PlayStation 4, and Xbox One. It’s not as though Fallout Shelter is a small-potatoes game.

Bethesda alleges, in section 7 of the document: “The Westworld game is a blatant rip-off of Fallout Shelter. Working with the same copyrighted computer code used by Fallout Shelter, Westworld has the same or highly similar game design, art style, animations, features and other gameplay elements as Fallout Shelter, all of which are owned by Bethesda.”

Perhaps the most damning allegation is “Behaviour’s use of the computer code owned by Bethesda to develop Westworld even included the very same ‘bugs’ or defects present in the Fallout Shelter code.” Bugs inherent in early versions of Fallout Shelter, explicitly detailed in the document in section 8, are also present in the recently released Westworld game. This, in and of itself, is enough to sink any potential comments from Behaviour about using a similar concept, but not the same code.

If this agreement called out developer tools in another section, the court might be able to conclude that Behaviour only reused its own tools to create a similar game, but given the language included in the complaint, I think it would be a stretch.

GameDaily had a chance to look at the Westworld mobile game during GDC 2018 and the first thing that was said once we were taken through the demo was to remark how similar the game was to Fallout Shelter. No one in the room was particularly perturbed by the comparison, because it was meant to be a compliment. The game was enjoyable and had the flavor elements that the journalists in the room had appreciated about Fallout Shelter. At the time, it didn’t seem like a big deal because similar games are made all the time.

But Westworld isn’t just similar — Bethesda has alleged that there is proprietary code lurking under the affable android-western aesthetic. “By utilizing Bethesda’s copyright and other intellectual property rights, Behaviour and Warner Bros. seek to attract consumers with the expectation of a Fallout Shelter-type gameplay experience,” the complaint reads. While Bethesda can’t speak to the intentions of either Behaviour or Warner Bros., from the outside, it looks fairly transparent.

As with any work-for-hire contract, the company doing the hiring (in this case, Bethesda) retains all rights to the intellectual property generated during development, including “all associated version and derivatives,” in addition to any assets, “know-how, patents, [and] trade secrets.”

This is standard contractual language that allows third-party developers like Behaviour to work on established IP with big audiences (and bigger expectations). Without these kinds of contractual relationships, AAA publishers like Bethesda would never hire out for the smaller “flavor” projects like Fallout Shelter or Elder Scrolls Legends — they’d have to develop everything in-house, for fear of misappropriation (or the potential for misrepresentation) of their IP.

However, Brandon Huffman, founder of Odin Law and Media and general counsel of the International Game Developers Association (IGDA), which he is not directly speaking for, talked with GameDaily over email about this lawsuit and stated that developer tools and game assets aren’t necessarily the same thing.

“It's somewhat curious that Bethesda did not attach the development agreement to the complaint,” Huffman said in an email to GameDaily. “In some agreements, there is a differentiation between game assets and developer tools. If this agreement called out developer tools in another section, the court might be able to conclude that Behaviour only reused its own tools to create a similar game, but given the language included in the complaint, I think it would be a stretch.”

Development tools are usually a combination of highly specialized software developed by outside companies, like Maya or Visual Studio for example, and internally developed tools by developers who are dedicated to just that — making game development easier for the team by creating tools that make the development process quicker and/or more efficient. For example, Ubisoft employs internal AI to speed up the motion-capture process, which was developed as an internal development tool.

Unfortunately, because of the aforementioned bugs inherent in the Westworld game (as compared to early Fallout Shelter builds), it’s unlikely that this is a case of using the same development tools.

But it isn’t just Behaviour that’s in hot water over this lawsuit — it’s Warner Bros., too. In section 32 of the complaint, Bethesda alleges, “Warner Bros. engaged Behaviour to develop the Westworld mobile game because it knew or reasonably should have known that Behaviour had been engaged by Bethesda to develop the popular Fallout Shelter game and utilized many of the same Behaviour employees involved in the development of the Fallout Shelter game.” And, in section 56, “Warner Bros. contributed to and is vicariously liable for Behaviour’s poaching of Bethesda’s creative work of authorship and goodwill.”

GameDaily reached out to Matt Frary, Director of Public Relations at Bethesda, to get an official statement about the lawsuit.

“Bethesda Softworks has today filed a complaint in US District Court against Behaviour Interactive and Warner Bros. for copyright infringement, breach of contract, and misappropriation of its intellectual property. The case arises from Behaviour’s development of a Westworld mobile game for Warner Bros. Behaviour had previously worked with Bethesda to develop Bethesda’s hit game, Fallout Shelter, and under that contract, Bethesda alone owned all resulting intellectual property, including the game’s copyrighted code.

“Bethesda will vigorously protect its legal rights in the valuable intellectual properties it owns, and take legal action whenever those rights are being infringed.”

Bethesda is not going to back down. It isn’t often that the Maryland-based publisher dives into murky legal waters without some kind of certainty that they’ll come out on top. (Just look at how things shook out with the lawsuit against Oculus, after all.) Fallout Shelter isn’t a small game. It’s part of a larger IP ecosystem that entertains an enormous audience and holds sweeping cultural influence across the game industry. This isn’t a matter of Fortnite versus PlayerUnknown’s Battlegrounds, either. Epic didn’t directly work with any of PUBG’s code, so they couldn’t appropriate any of it. The same can’t be said of Behaviour and its direct involvement with both Fallout Shelter and Westworld.

GameDaily has reached out to Warner Bros. and Behaviour Interactive for comment and will update the story as it develops.