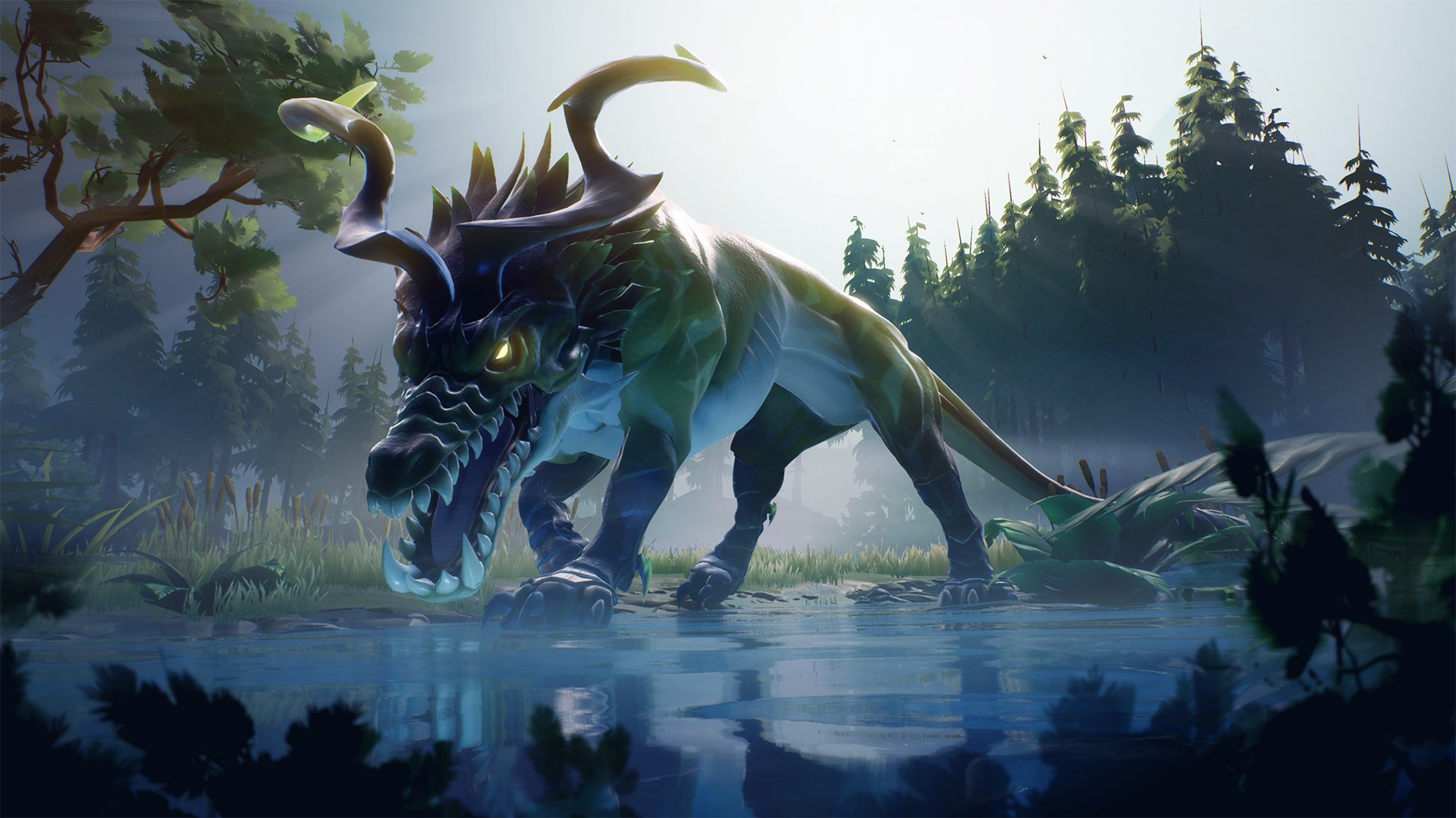 In 2014, Jesse Houston co-founded Phoenix Labs, an independent development studio headquartered in Vancouver, British Columbia, Canada. Dauntless, the company’s first game, is currently in open beta on PC. It’s a co-op action RPG that tasks players with teaming up against enormous monsters in a skybound fantasy world. The game is aiming for a free-to-play business model when it officially releases next month for PS4, Xbox One, and on PC via the Epic Games Store.

“The vision for us has been for the last year this idea of what we call ‘One Dauntless,’" Houston told GameDaily. “So wherever you are, whoever you want to play with on whatever device you want to play on, you should have that same experience. Let's say you've got your laptop and I've only got my phone. For us to be able to hop into a game and have the same game experience that feels really natural, I think is going to be a really powerful moment for players.”

For Houston, the notion of co-op play permeates much of the philosophy at Phoenix Labs. It’s a mantra he’s carried with him during his 15 years in game development, beginning with Ubisoft where he helped build the cooperative elements of Splinter Cell 3.

“It really ingrained just how amazing those experiences were,” he said of his time at Ubisoft. “And so as my career continued to progress, I went from Ubisoft over to Bioware. [At] Bioware I worked on mash up multi-players. Everywhere I would go I kept trying to find ways to inject new cooperative experiences into whatever game I was working on.”

Houston’s love for cooperative experiences came to a head when he joined the team at Riot Games in 2012. “League of Legends really is a co-op versus co-op game obviously, right? The fives. The 5v5 format is really built into that kind of team play mentality.”

It’s that mentality that helped him shape the vision for his new studio. “For Phoenix Labs, it was like the next logical evolution of that. Any game we're going to make has got to be co-op based. If it's a game I'm going to love, it's got to be from that place. I really do feel like this configuration on a couch is the best experience.”

Dauntless’ focus on co-op PvE gameplay is the culmination of Houston’s love for team-based experiences, and keen-eyed gamers will certainly draw parallels between that game’s loop of “hunt giant monsters, acquire new gear,” with another popular franchise. Released in early 2018, Monster Hunter: World has become Capcom’s best-selling game of all time. Houston doesn’t see it as competition, however, but as a peer. “They know we're like huge fans of theirs. They come to us in packs,” Houston said. “We go to their booths, they come to ours.”

The decision to make Dauntless free-to-play has some interesting implications in 2019. In the not-too-distant past, the business model would have had some unfortunately negative associations. But the rise of free-to-play thanks to juggernauts like Fortnite and Warframehave changed public perception of what a game like that should look like. These days, there’s an almost AAA quality to many free-to-play experiences.

“I think if you look [at] Korea--Black Desert is a great example--[there are] amazingly high quality free-to-play games out there. Basically every Chinese MMO is... they're really pushing the bounds in terms of the quality of content in gameplay that's coming in. There's quite a bit of stuff out there and Grinding Gears has done great with Path of Exile.”

Indeed, the free-to-play field of games is ripe with success. For a prime example, you need look no further than Danny O'Dwyer's documentary on the Warframe by Digital Extremes, which was so successful it single handedly saved the company. Today, enough players are dumping money into free-to-play games that developers are no longer dependent on “whales” to keep their games afloat. In 2018, free-to-play games earned an estimated $88 billion.

According to Houston, there’s a sense of community among developers focused on PvE experiences. A lot of collaboration happens between Phoenix Labs and studios like Grinding Gear Games and Digital Extremes. “There's a really nice healthy community between the studios. It feels very non-competitive. We talk very regularly. We share a lot of information learnings. That's been a really nice surprise,” he said. “Coming from the bigger AAA studios...there's not a lot of open cooperation that happens between the EAs and the Activisions of the world, whereas I spent a ton of time with Digital Extremes folks and they're great. Same thing, Epic's been phenomenal in terms of sharing and being a just great industry community.”

Houston is talking about his team’s decision to launch the PC version of Dauntless through the Epic Games Store. The Fortnite developer has been shaking up the digital marketplace scene lately thanks to a series of impressive business moves and exclusivity deals. Houston said that Phoenix Labs’ collaboration with Epic has been nothing but positive.

“They really feel like they're part of their own community and they really do respect the value that the players have brought them as well as their responsibility to those folks,” he said of Epic. “When I think of the intention, and the kind of language they were using, and the vision that Tim and his team have--they're really the closest to how we felt, and it felt the most natural in every interaction that we had.”

Houston said they considered a number of other distribution methods before settling on Epic, including Steam, GoG, and Discord. Ultimately, though, Epic was the right fit for Dauntless. He touched on the “One Dauntless” philosophy again, and referenced Epic’s support of Fortnite cross-platform play, which is one of Houston’s pillars for Dauntless.

A big part of Dauntless’ development during the open beta phase has been open back-and-forth communication with players.

Houston said that crowdfunding platforms like Kickstarter have opened the gates for transparent development practices, which has helped influence Dauntless from the very beginning. “Community feedback has like really shaped the game,” he said. “I'll be honest, as in old school dev, it's really scary. I think our first technical alpha was almost two years ago now and it was super buggy--one island, four behemoths, nothing really worked.The types of folks that opt into those experiences though, really did have the patience with us and gave us so much feedback.”

Player feedback has helped Houston grow as a developer, and examine his projects from angles he otherwise may not have. Many aspects of Dauntless have been drastically changed thanks to the community. Things like patch cadence to the inclusion of ranged combat have all been shaped by feedback.

“I like the game better today than I think where we would have gone without it,” he said. “And I think that's a really powerful moment for me, as I reflect back. I don't know if I ever want to work on another game that doesn't have that level of community involvement.”

For Houston, interaction with the community is paramount to the success of Dauntless. As the industry continues to gravitate towards games as a service, the back-and-forth between developer and player will play a central role in shaping Phoenix Labs’ vision for the game. That relationship, according to Houston, is a win-win where everyone benefits.

“We're not just trying to get a box out the door and get them to buy it, talk them into it and then gone,” he said. “We have to create a relationship with them that they then reward us with their wallet. I accept that a boxed product has value, but the ability for a player to try before you buy, if you will, I think is pretty powerful, and it also sets us up into a really nice kind of service-oriented mentality, where the player is the most valuable reason.”