Casual Connect: How to get a publishing deal 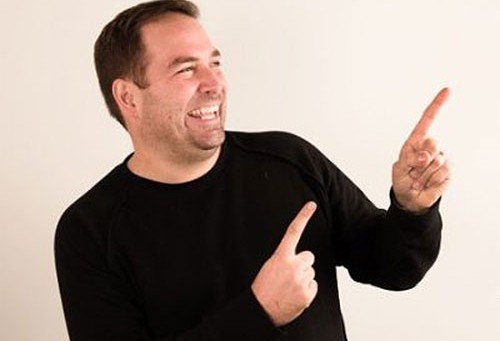 Casual Connect London (May 28-30) will be here in a little over two months. One of the great things about the show is how much practical advice developers (which comprise about half the attendees) can gain from coming to the event. Rocketjump Games founder Louis Rene Auclair hopes to offer just that for mobile game creators. The veteran of nearly two decades started Rocketjump over a year ago to help developers and publishers conceptualize the best concepts and pitches to ensure they will generate ROI for every party involved.

Rocketjump in gaming terms, by the way, is a move where players jump and shoot a rocket at their feet, simultaneously propelling them to great heights while unleashing fury below. It's a unique concept, and that's what Auclair wants developers to concentrate on.

At Casual Connect, Auclair specifically will examine what publishing deals look like in 2019 at a time where mobile has become ultra competitive.

"Licenses, Hyper Casual, recoups and rev shares are many factors that come into play when it comes to finding a publishing partner. With our short time together, we'll try to demystify how to get a publishing deal in today's mobile market," he said.

"I hope my talk is grounded in reality. I really want the attendees to get some valuable information that can help them on their production or search for a publisher."

"Finding the right match for a developer and publisher is extremely hard, so I'm hoping I can shed some light on some of the common mistakes to avoid and some of the best practices to use."

The mobile charts tend to be dominated by a handful of companies that have massive marketing budgets, leaving a lot of the small studios to fight for any visibility at all on the digital storefronts. So what's a developer to do?

"The evolution of the market was quite aggressive. The level of competitiveness for the top spots on the store is making it almost impossible for smaller studios to compete on that level," Auclair agreed. "My top advice would be to focus on innovative core gameplay. There are too many copycats out there making the same game in different settings and that puts you in direct competition with these juggernauts.

"I would recommend to find your innovation and your USP and wrap it in a meta game that is refreshing but familiar. Focusing on differentiation that matters will allow a developer to grow a game slowly but surely and compete away from the AAA juggernauts."

Unlike big conferences like E3 or GDC, Casual Connect fosters a sense of community and encourages networking. It's a chance for people in the industry to share knowledge with each other.

"I've always been passionate about how accessible game making is. Individuals and small teams can gather, create an idea and make it into a game. The reason I like Casual Connect is that it allows me to share my experience, wins and failures with studios and game makers from everywhere around the world," Auclair added. "Making games isn't easy. I want to inspire and bring some, hopefully valuable, experience to the new generation of game makers so they can shorten their path to success."