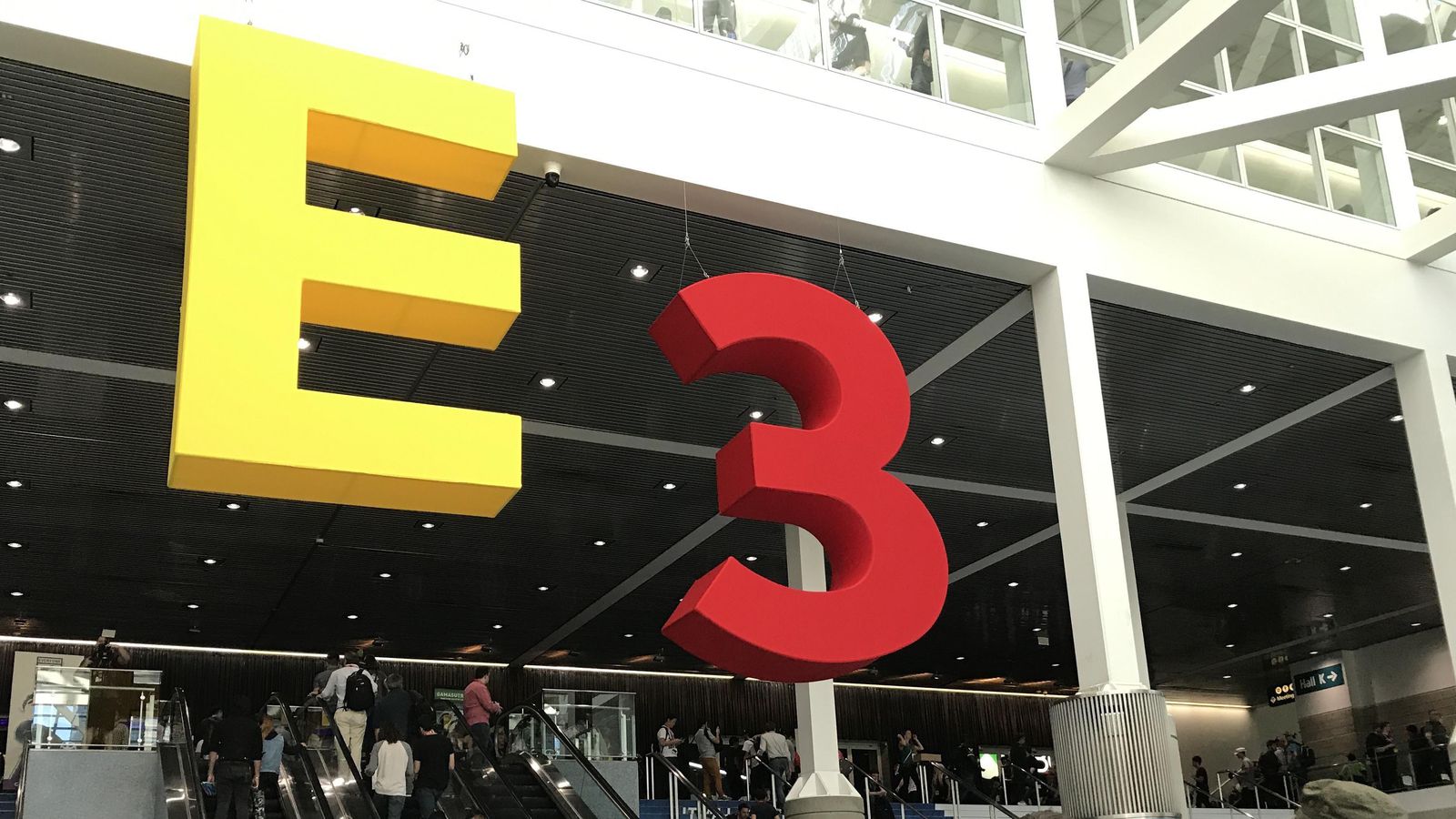 Welcome to Media Coverage, a monthly column analyzing the modern game journalism landscape from a veteran’s perspective. If the column name sounds familiar, you may remember my Media Coverage musings on the old GameDaily many years ago. Have a topic you want to see discussed in a future installment? Feel free to e-mail me.

Earlier this month, as I finished up my 14th Electronic Entertainment Expo in 15 years, I began to wonder whether I really needed to be there. More generally, I wondered whether the huge mass of game journalists (and game publishers) that descend on LA around this time each year really need such an event anymore.

Don’t get me wrong, I realize the central importance that E3 still has in the video game marketing calendar, and in the public industry consciousness. But these days, I wonder if the modern Internet and media landscape has blunted the need for all of us to actually gather in a physical conference hall in LA every June.

Take the traditional pre-E3 press conferences, which have been extended and now take up a full three-and-a-half days before the show floor itself opens. I’m old enough to remember attending Sony’s infamous 2006 press conference. There, I saw journalists around me literally rushing out of the theater after Kaz Hirai announced the PS3’s “five hundred and ninety nine US dollars” price point, eager to file their stories and get the news out there as soon as possible.

It’s not as if attending live gives a journalist a chance to ask questions of the presenting executives, as you might expect from something billed as a “press conference.”

If that same announcement happened today, I could be confident that a good chunk of the audience for that information would be watching the press conference live on Twitch, YouTube, or countless other online restreams. Even those not literally watching along at home would probably hear the news on Twitter or Facebook well before I could hastily throw together even a pre-written post summarizing the news.

In some very real ways, attending these pre-E3 press conferences in person gives the modern journalist a worse experience than simply watching a YouTube stream from home. Unreliable Internet connections and deafening audio in the theater make it hard to follow along with the instant public reactions of social media or discuss what’s being announced even with colleagues sitting right next to you. Something like Giant Bomb’s excellent and entertaining “Talk Over” series of live press conference commentaries are only possible because the journalists are sitting in a comfortable studio, not in a cramped theater.

It’s not as if attending live gives a journalist a chance to ask questions of the presenting executives, as you might expect from something billed as a “press conference.” Instead, live E3 press conference attendees this year got to hear Andrew WK perform at Bethesda’s press conference and listen to a traditional Asian woodwind player set the mood for Sony’s Ghost of Tsushima. Is this why we traveled to LA? Is this news?

This year, especially, I was a bit put off by Sony’s decision to pack the attending press in a standing-room-only faux church to watch a new gameplay trailer for The Last of Us at the start of its press conference. Between the sweltering temperatures, lack of elbow room, and loud chatter of the surrounding attendees, I wasn’t really able to fully appreciate the footage until I watched it again later in the comfort of an Airbnb apartment.

Is it any wonder companies like Nintendo and Square Enix have done away with the “live” theater presentations altogether and decided to just release a set of pre-packaged trailers as a livestream during the days before E3? What have any of us really lost by “virtualizing” the dehumanizing process of herding the press into a giant theater?

(I’ll add one exception here: Being live in the pre-E3 press conference room lets a journalist gauge the crowd reaction to every single announcement in a way that’s not always possible via livestream. Yes, it can be hard to filter out the cheering of the paid company employees from the mega-fans that now sit with the press at these conferences. Still, the relative crowd noise is often a good indication of what the public in general values at these events.)

An increasing number of companies are also using their E3 press conferences for “it’s available right now” surprise game launches. This year alone, everything from Unravel Two to Prey’s “Mooncrash” DLC to the Switch versions of Fortnite, Fallout Shelter, and Hollow Night were announced and launched simultaneously from pre-E3 stage presentations.

That’s great for gamers following the show from home, but a little inconvenient for members of the press attending the show, who don’t really have time or resources to review these surprise releases while on a business trip. Then again, maybe that’s a feature and not a bug from the publishers’ perspectives...

Why are we here? Why are they here?

After the press conferences, being at E3 means getting access to the show floor to actually play early builds of plenty of games that won’t be out for months. But this year a significant number of the games that were technically at the show were ones the press wasn’t even allowed to play. Cyberpunk 2077, Ghost of Tsushima, Beyond Good and Evil 2, Control, The Last of Us Part 2 and Dying Light 2 were among the “playable” titles at this year’s show that were only shown at “behind closed doors” demos where developers guided the live gameplay and the press was forced to just watch.

That’s fine, as far as it goes, but these days that kind of “hands-off” demo could be conducted just as well (or even better) via teleconference, rather than in a cramped E3 meeting room. For what it’s worth, these strictly “hands-off” demos aren’t even eligible for the coveted E3 Game Critics Awards, making their presence in the convention center even less worthwhile.

Of course, there’s a strong argument to be made that we, as the press, aren’t really the key audience for E3 anymore anyway.

Even for the games that the press does get to play at E3 itself, playing a game for a few minutes at a standing-only kiosk amid a crowded, noisy show floor is hardly the ideal way to experience a title for the first time. In this connected age, the press could enjoy an infinitely more convenient and enjoyable “virtual” E3 if publishers were willing to send even time-limited preview builds to be played in the comfort of our own living rooms.

Of course, there’s a strong argument to be made that we, as the press, aren’t really the key audience for E3 anymore anyway. After all, in 2017, a full 15,000 of the show’s 68,400 attendees were people who bought a “consumer pass,” granting them the opportunity to get in the way of people trying to do their jobs on an already crowded show floor.

In 2018, the public presence was, if anything, more noticeable thanks to a staggered show floor schedule that let those “Gamer Pass” holders in hours after industry and press attendees. On Tuesday and Wednesday afternoon at this year’s show, you could detect a distinct reduction in the amount of elbow room and clear walking space the moment those public members walked in, aimlessly wandering the flashy booths, clogging up lines, and livestreaming it all via selfie stick.

Polygon’s Charlie Hall highlighted the problems with public E3 crowding in a piece detailing a hairy moment outside CD Projekt Red’s Cyberpunk 2077 presentation space. As director Adam Badowski tried to talk to Metal Gear Solid auteur Hideo Kojima in the hallway, Hall recalls a descending “crush of humanity” like he’d never experienced before, which prevented the meeting from happening.

“This is what gets lost when you let this many people into E3, and don’t give the developers the proper space to show their games in any kind of controlled setting. What should have been an opportunity for two creative people to meet and talk about game design, if only for a few minutes, became a situation that was borderline unsafe.”

International shows like Gamescom and the Tokyo Game Show also let in the public, of course. But those shows’ organizers are smart enough to also provide “business only” days that give the press and publishers the time and space to get things done before the “crush of humanity” descends on the convention center.

I know I sound like a cranky old man complaining about the spectacle of E3 like this (and in this industry, I surely count as one). I also know that gathering the whole industry together physically for a show like E3 brings plenty of intangible marketing and networking benefits. E3 is still a great show for having face-to-face interviews and meetings with key game makers and executives, or for stumbling on a game you’d have never even heard of otherwise.

But after an entire week spent trekking all around LA for the “E3 experience,” I definitely wish I could just do it all from the comfort of home.

You can find more of my game journalism thoughts in my weekly Game Beat newsletter or on the archives of  my personal web site.

GameStop suffers another round of layoffs, Game Informer editors affected

GameStop stock continues to drop as the video game retailer lays off editors and staff across a number of departments.

The ESA's week continues to get worse, as proof emerges the lobbying agency exposed data belonging to journalists that attended E3 2018.

The ESA left a list of addresses, phone numbers, and email addresses exposed with no security. Now harassment campaigns have started against some on the list, and the ESA may be legally liable according to experts.

As great as the game is, leading up to RDR2's release, the crunch controversy boiled over. Game critics tell us how this affected their reviews.