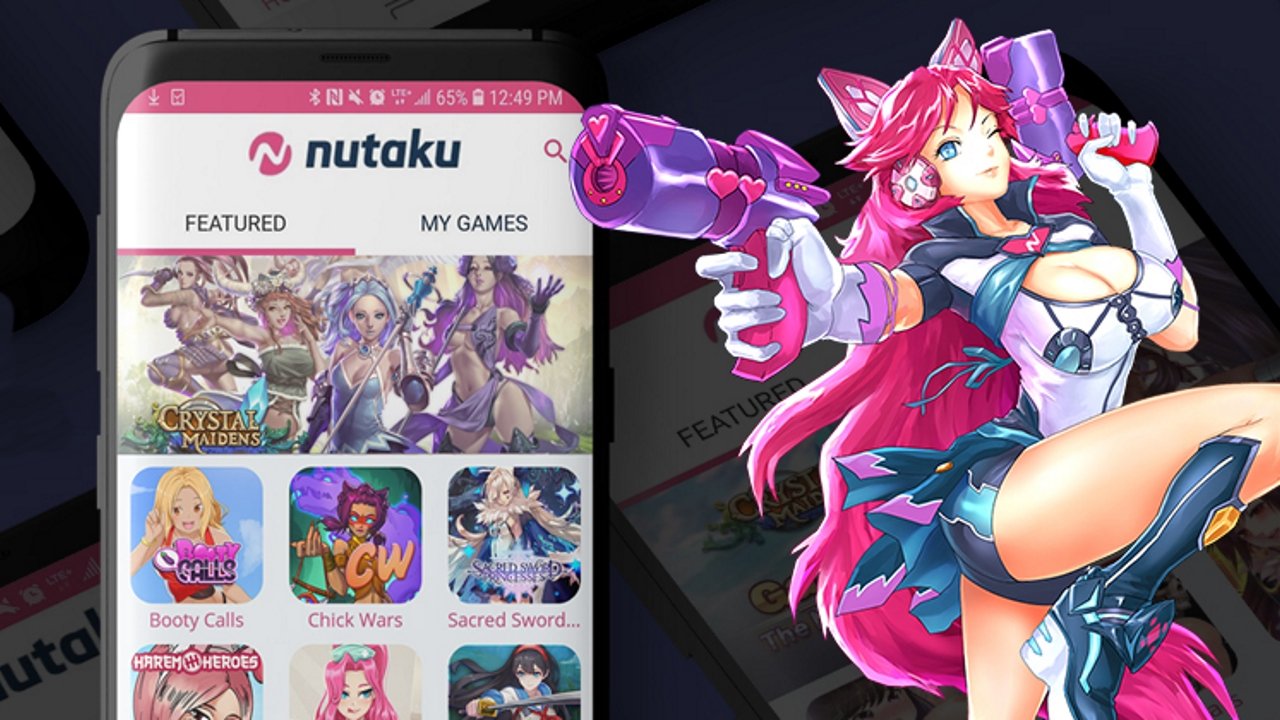 Adult gaming platform Nutaku is expanding its reach on mobile platforms. On April 23, Nutaku launched a global beta for the official Nutaku Android Store, freely available to interested Android smartphone and tablet users. At the moment, the store has over 30 Android games to play, with 30 more "in the pipeline for this year."

Among other features, the Nutaku Android Store lets users search for games based on tag, title, or genre. Players can also browse for titles by sorting games based on whether they're new or popular. The app also features "dedicated Updates and Events tabs" and lets users "take advantage of special sales and discounts."

In a press release obtained by GameDaily.biz, Nutaku said it decided to focus on the "growing" mobile market “due to the substantial growth of Nutaku's library over the past two years.” Alongside Nutaku's plan to add 30 more games to its current Android offerings, Nutaku noted that the beta "further paves the way towards giving game developers a chance to succeed in an oversaturated gaming market."

“With a growing user base of more than 25 million registered players, and with 23 percent of them being Android users, we wanted to improve accessibility to the platform,” Nutaku Communications Manager Julie Hall said in the press release. “With this simple-to-use Android Store, gamers can play Nutaku games from anywhere and enjoy a refined, user-friendly experience.”

Nutaku offers a wide mixture of adult-oriented games across PC and mobile, with over 170 million visits per month. The platform features three different types of games: free-to-play browser games, free-to-play Android mobile titles, and retail games sold as digital downloads. While many of Nutaku's games are free, the adult retailer uses a sitewide microtransaction currency, “gold,” for in-game purchases. Gold can also be used to buy retail games, such as the adult visual novel Sakura MMO 2 for PC.

While Nutaku features over 200 games and is among the top 300 websites worldwide, don’t expect to access Nutaku’s Android Store through the Google Play Store. In order to use the app, you’ll need to visit Nutaku’s official website. From there, Nutaku users can download the company’s Android application package (or .apk) and install the third-party app onto their Android devices.

At the moment, Nutaku has "no plans to make this available on iOS devices,” according to the Android Store’s FAQ. This is unsurprising; while some apps with adult content are allowed on the iOS App Store, Apple turned heads after it banned thousands of adult apps in 2010 amid parents’ complaints. It seems unlikely that Nutaku would be able to bring its adult catalog over to a closed garden ecosystem like iOS, whereas Android users have relatively more freedom with creating and installing third-party apps.