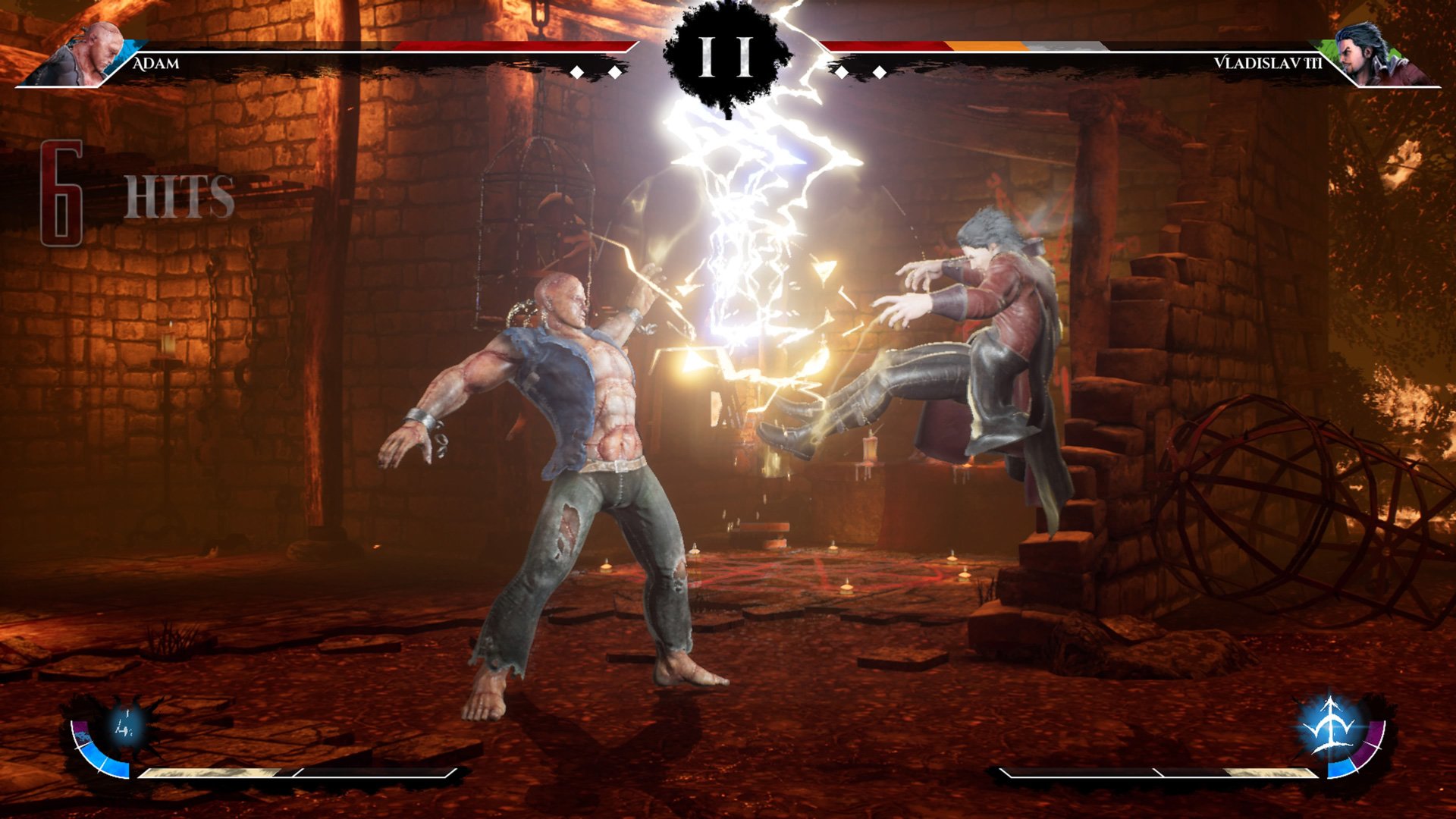 Indie Prize and Casual Connect London are now less than a month away. From May 28-30, the Queen Elizabeth II Centre will not only host three full days on insightful lectures and fireside chats, but we'll also get a close look at some burgeoning indie talent duing the Indie Prize showcase.

Eva Cordoba, held each year in Córdoba, Argentina, has partnered with Indie Prize and will send their 2018 Best Awesome Game award winner, AOne Games, to compete in the showcase.

AOne's award-winning Omen of Sorrow is a skill-based fighting game featuring iconic characters based on classical horror, fantasy, and mythology. The PC title is playable either online or via local multiplayer, for those who prefer an in-person competition. GameDaily interviewed Felipe Budinich, AOne’s Marketing Director, about the inspiration behind Omen of Sorrow, their work culture, and their plans for the future.

Where did the inspiration for Omen of Sorrow come from?

The origin story of AOne Games and Omen of Sorrow is that Max, one of the co-founders of the studio, had always wanted to develop video games, as he had a vivid memory of the arcades way back in the day, and fondly remembered the games that drew the biggest crowds in that setting, fighting games. He had been running an architectural visualization company for a few years and decided to dip his toes in art outsourcing for video games. In parallel, my friend Sebastian was working on another Chilean studio, and when they downsized he began the adventure to set up a studio of his own. By chance he met Max while he was setting up the studio, and Max offered to help him to set up his company in exchange for help to develop his fighting game.

But after Max laid out the plan to make an ambitious video game that combined his love for metal music, classic horror and those memories back from the arcade days, they decided to team up and work on just one title, Omen of Sorrow. As more people, including myself, learnt about the project we became convinced that this was something worth doing as the game involved characters ever present in the collective unconscious, and it [be]came easy to picture them in combat for anyone around the world. At the same time, we knew that it's something that could be done even though funding was something that was going to be hard to come by; a large number of Chilean developers had been working as outsourcers for big licenses and world-renowned projects, so the talent was here, [but] it was just buried under piles of NDAs.

What is your work culture like? Do you have a physical location or are you virtual?

It's been a continuously improving situation. In the beginning, it was a team of four people working at the same office [where] Max runs his architectural visualization company, but by the end of the first year, as we began to secure some funding, more people joined the team and it became very crowded. At one point I worked standing up with my laptop on top of a file cabinet! So we moved out to a bigger office and at the height of production the team was around 30 people, most of them in-house while some worked from their own studios or remotely, but with weekly meetings to review progress.

We strongly believe that working face-to-face leads to a better environment to develop video games as it allows you to iterate faster and communicate better, but when someone needs to focus on a hard solo task it's not rare that they go to work on their own for a few days remotely; so while we strive to have a normal "office" setting, we keep it flexible to address the needs of production.

Do you have future projects planned or started? What's next for AOne?

Lots of things! In the near future, we plan to launch Omen of Sorrow on new platforms, adding more content and continuing to improve upon it. Additionally, pre-production for our next project has already started while in parallel we [are] try[ing] to secure funding for it, as we want to produce a bigger game and it is a very risky proposition to fund that game solely with the sales from Omen of Sorrow. [Over] the long-term, we have to continue the grind for recognition to position our Chile as a great place to do business in video games in order to do bigger and better stuff, because there is this preconception of all Latin America as an unsafe, corrupt place.

And while our country and many other Latin American countries have none of those issues, it took us over three years of continuous negotiations to secure some deals. That's why we'll always be grateful [to] Sony Entertainment, our friends from ADVA and Epic Games for believing in us, the crazy people that invested in the beginning of the project when we had a little more than an idea, and our government, specially Corfo and ProChile, for the continuous support they've provided us through the years that it has taken to get AOne Games off the ground.

--
Omen of Sorrow and 90 other games will compete at Indie Prize in London. Attendees will have the opportunity to see all of them showcased together and also be able to vote for the Audience Choice Award. On the last day of the conference, this award and many others will be presented in our Indie Prize Ceremony.  Come see the showcase, network, party, and enjoy a plethora of speakers from the games industry! Please register here.