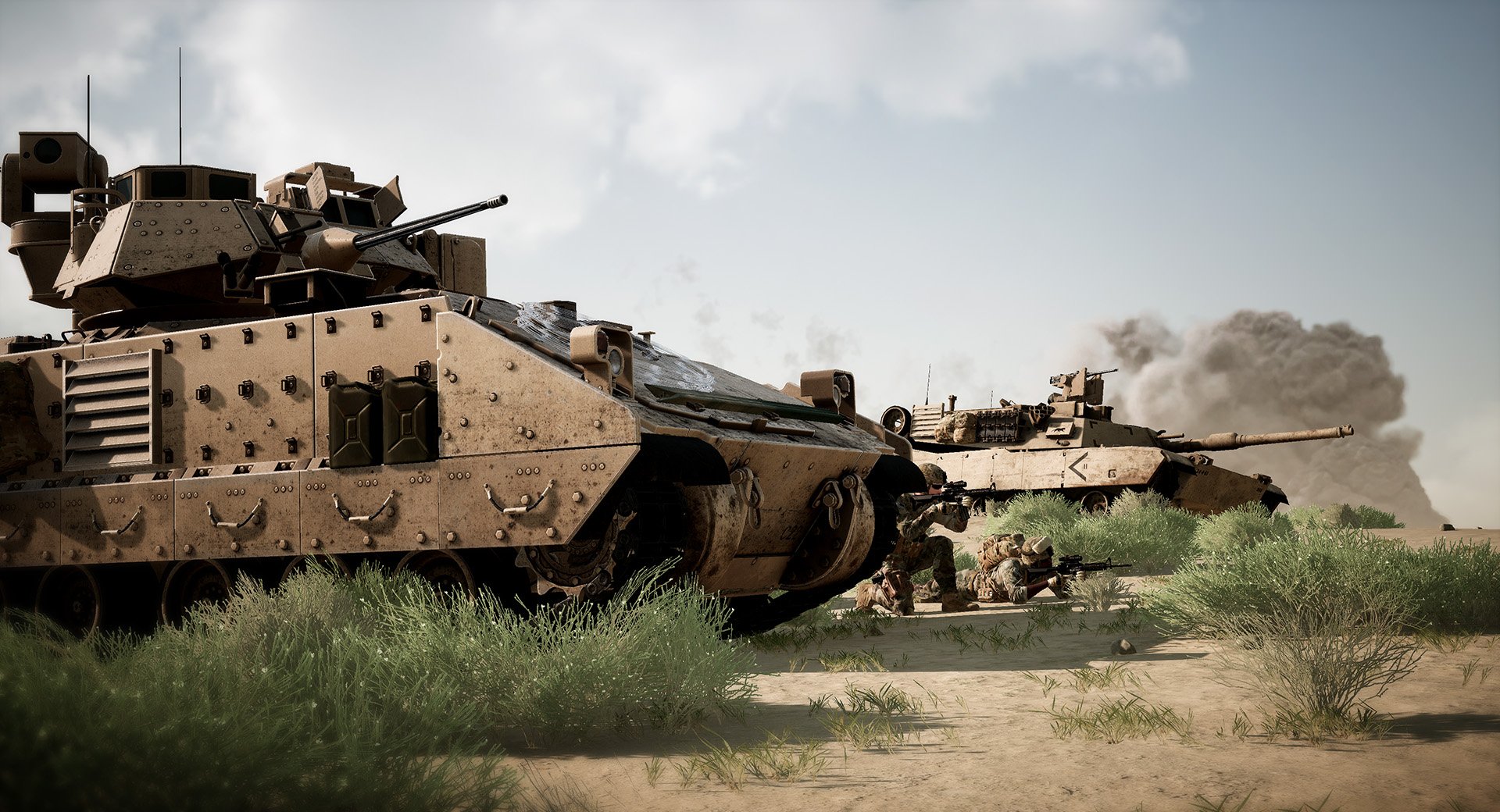 In the sea of chaos that the Vancouver game industry has become, Offworld Industries is a bit of an anomaly. With a modest studio in New Westminster, the team at Offworld has managed to survive the "great culling" over the last decade by, as Chris Greig, Head of Business Development, told GameDaily, "not renting a studio in Vancouver proper."

More than making smart real estate choices in a volatile market like Vancouver, Offworld Industries has managed to find the elusive sweet spot in game development: maintaining realistic expectations of what's possible while still delivering a product that people want to buy. Offworld is adamant that Squad's development process requires community input, which is how the team continues to be able to provide what their niche audience is looking for: the accessibility of an arcade shooter with the precision and teamwork of a military simulation.

Squad started off as a spiritual-successor Battlefield 2 mod called Project Reality, which encourages teamwork, cooperation, and crystal clear communication during a match. While Project Reality started off as a mod in 2005, it was clear that the crew, now the foundations of Offworld Industries, was looking for more than just to build off of someone else's creation. Project Reality made its way to ARMA 2 and ARMA 3 before the project was terminated in favour of a full-fledged game… which also didn't end up coming to fruition.

For CEO Will Stahl, Squad was a chance for the team to take their hobby and spin it into something sustainable and creatively exciting.

"We loved working on and playing Project Reality, the mod we were building for Battlefield 2, and we wondered if there was a way we could turn our hobby into something we could do to make a living," Stahl said. "The easy answer to that was building our own game out of Project Reality’s concept so that it could become a commercial product. Offworld Industries was born out of that effort."

Shortly after Squad went into early access on Steam in 2015, and the Kickstarter campaign had fully concluded, the team would no longer be split between making sure the bills are paid (with daytime jobs or diving into savings accounts) and doing the work they wanted to do. Offworld could make a real go of it after 10 years of tinkering in development between Project Reality and some hiccups along the way for Squad.

"I’m proud to say that Offworld Industries has been able to generate enough revenue for us to build our business ever since Squad launched into Steam Early Access," Dustin Ross, Head of Customer Experience, told me over email. "In addition to Squad’s revenue on Steam, we have partnerships with some third-party retailers, like the Swedish-based Exertis Ztorm, and have done deals with places like Humble. In 2018 we took a bold step forward with our business and published Post Scriptum, a WW2 shooter developed by Periscope Games."

Part of Offworld Industries' secret to sustainable success is the slow, methodical approach to development. It was better to get it right and build carefully than to just throw money at a problem until the money runs out.

"We have been careful about where and how we spend our money which has helped us stay alive and build this wonderful company," Ross noted. "We started on a very young engine that required a lot of custom work to make Squad playable. We even had to rewrite a few things in the early years which can take a lot of time for a small team. Now it mostly comes down to the iterative nature of our development team and the desire to make a complete experience.

Community is integral to Offworld Industries' approach to development, but that doesn't necessarily mean that the community is going to play nicely. Certain Affinity's Rich Vogel led from the trenches in those early days of community management, as he and his team learned by doing. Now that community management is less esoteric and more defined as a role, studios like Offworld can proactively build communities around core values and defining organizational tenets.

Squad's Community Manager, Greg Huber, explained that communication "cuts both ways" for the development process -- the team is always considering feedback from the community so that the game aligns with what the community wants to play. That level of rapport gets Offworld through some of the more challenging aspects of the process.

"Bringing the development team feedback from the community is one of the easiest parts of the job: we share it, discuss it, and begin planning to implement their feedback. It might be information about bugs, new mechanics, or suggestions -- as long as it's not too outlandish, it gets considered," Huber said. "Of course, the game design team is always involved, so there's a firm guiding hand to make sure everything remains true to Squad.

"The other side of that is the level of respect the community maintains for each other. Being a military shooter, and having an audience that truly understands what we’re making, means people are talking to each other more often than shouting at each other. We're not without conflict, by any means, but most of it can be resolved by reminding everyone they want to have fun. It results in a weird environment where someone is more likely to debate the correct number of rivets on a tank than start a flamewar."

That attention to detail is what sets Squad apart from arcade shooters like Call of Duty without becoming a full military simulation, which has a tendency to bog the player down in stats and features that don't necessarily add to the experience. Squad was born from passion but is rooted in real world experience, as a number of developers at Offworld Industries, including a handful of those in leadership positions, come from a military background.

"When the company was founded, several military veterans were working on the project and brought some unique perspectives to Squad’s development," Ross said. "We always wanted to make a game that was accessible, but told a complete story about being part of something greater than yourself without the clunkiness of a simulator. Having military veterans on the team has helped shape the game into something that is more about the emotional experience and connection with the world than about how technically accurate you can achieve your objective. We wanted the firefights to be as close to reality as possible and making sure your M4 rifle is inspection ready is not the way to do it.

"Sound design and visual effects were heavily influenced by combat veterans to ensure an accurate depiction of their effect with the use of personal material and experience. This further translated into other systems such as Squad’s VoIP system that is built around communication internally and externally, as well as creating factions that are built around real-world counterparts utilizing military advisors to accurately represent a teams composition. Other aspects, such as shooting mechanics and movement are all considerations that Squad developers utilize military experience to create a more believable combat experience."

As Squad inches towards full release, Offworld Industries isn't letting up on supporting their community of players, Post Scriptum, or fellow developers. The team will continue to support Squad "with additional content leading up to 1.0 and beyond," as well as working with Periscope Games to provide "more content for Post Scriptum." Offworld's Core Technology Team is working on building out a brand new modular system called OWI Core, which Offworld and other developers "can utilize to rapidly produce quality video games."

Offworld Industries is a testament to the importance of the slow burn, rather than leaning into the bonfire that many technology startups find themselves in once they secure some semblance of funding. Because of that military-inspired discipline to resource management, Offworld has withstood the great Vancouver culling, the siren song of the startup overspend, and the tumultuous nature of game development. If the team continues to make these kinds of shrewd business, community, and development decisions, regardless of the success of their game once it goes into wide release on PC, Offworld should have a long, bright future in the often cloudy Vancouver game industry.