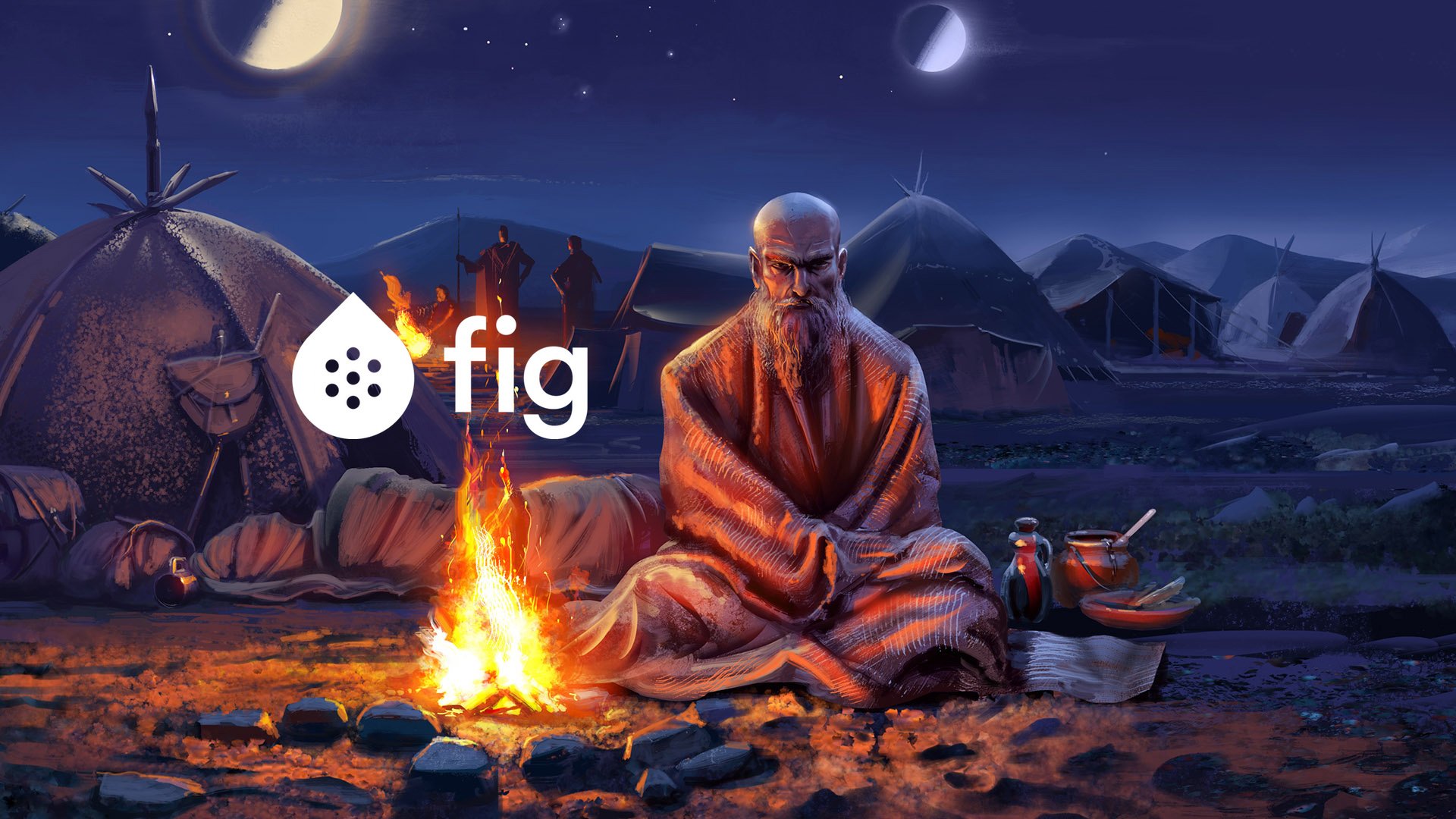 Crowdfunding and video games are often like peanut butter and caramel - it appears harmonious at first glance, but when you really look at it, it's often more of a mess than it's worth. Most Kickstarter games blow past their proposed delivery dates and many of them don't ship at all for a number of reasons, including scope creep, loss of talent, or mismanagement of funds.

Fig, which is a crowd-investing platform and publisher in its own right, operates a little differently. With their latest funding vehicle, Open Access, Fig is looking to rework how developers approach crowdfunding over the long-term, rather than being solely beholden to a 30-day campaign cycle where raising money ends as soon as that timeframe is up.

"For developers, this is a form of crowdfunding more along the lines of how games are developed," Bailey told GameDaily over email. "They get a chance to work on more of a milestone schedule and get feedback iteratively, and the community gets a chance to play early builds and be part of the development experience. Almost every time a Kickstarter fails to deliver, the first thing the community says is, 'just give us what you've got.' Now that's an integral part of the process that happens immediately."

Open Access walks a similar path to "open beta" and "early access" games being released on platforms like Steam and Epic Games Store. (Even Fortnite Battle Royale is considered "early access.") It uses an "open-ended structure to test out game features through milestones, which are tied to content." Backers and investors are able to pay for these rewards and "receive immediate access to the latest build of the game," although games are being updated throughout the development cycle throughout Open Access campaigns.

Part of the reason why Kickstarter, IndieGogo, and yes, even Fig, have been a bit of a shot in the dark in the past is that the developer would only receive funds after a campaign was "successfully" funded. However, with Fig's Open Access, "all game sales … are transmitted immediately to the developer."

Although Fig's crowdfunding campaigns are some of the most successful in the game industry, Bailey admitted that the biggest problem isn't about Fig: "Crowdfunding for games isn’t growing."

Bailey clarified that Fig's ethos is built on filling in the "missing component" of crowdfunding: giving backers the option to have a financial stake in the games that they wanted to support.

"But that turned out to be only partially correct," Bailey continued. "Investment is a more of a multiplier, but in this case it's only as powerful as the foundation will allow. The traditional Kickstarter/IndieGoGo campaign format is that foundation, and it has turned out to be the limiting factor by putting developers on shaky ground, and setting up the community to be disenfranchised from the get-go. Developers must act like they know exactly what they require budget wise with little variance, and to know exactly how long it will take to develop a game. The reality is that game development is an inherently iterative process.

"On top of that, they must promise the world just to get to their goal, and if looks like they may fall short, they will sometimes give in to temptation and promise something extra to get themselves over the hump, but that something extra often only serves to increase already high development and budgetary risks."

There's no debate about the risks inherent in developing video games, whether that's on a AAA budget or a microstudio budget where all you do is eat ramen and code your game until what feels like the end of time. A big problem that many indie developers face is the lack of data in how other developers are solving similar problems. And, in the case of crowdfunding, there are a lot of unknowns that don't tend to be discussed. The most insidious of those problems is figuring out how to balance the community's need for transparency with the studio's need for creative control.

Bailey realized that, after gathering a bunch of data and running internal experiments, customer engagement isn't driven by campaign timelines or "meeting an arbitrary goal." In reality, consumers are looking to be reassured that the campaign isn't a lark and that they weren't bamboozled out of their money.

"They … just wanted the game they were backing to exist," Bailey explained. "And they expected transparency, which is vital to properly set expectations. We found out that the Kickstarter/IndieGoGo campaign format was handicapping developers. It’s best suited to drive buzz through press involvement, which it accomplishes because of all the potential beats - from announcing a campaign, to overfunding, to a campaign’s end. But the press has largely stopped viewing crowdfunding as news, based on reader feedback, and so developers and their communities are left with a format which has all the disadvantageous with none of the benefits.

"Prior to all the Kickstarter press coverage, there were games getting funded using a different form of crowdfunding, and one of them was Prison Architect, which actually raised millions more money than Shenmue 3 did in 2015, and that was arguably the height of crowdfunding on Kickstarter. So we’re looking further back to see what’s the best way to move forward, learning from the success of the past rather than from mistakes, and Open Access is the result of that exercise."

Open Access is not a complement to Steam's Early Access, however, and Fig doesn't want to be in that business anyway. Bailey is looking to create a different vehicle, something separate.

"The reality of Steam’s Early Access is that developers are basically launching their games, but in an alpha state, and doing so with next to nothing for promotion," Bailey said. "If that wasn’t enough, there’s actually the restriction on game developers that they cannot use Early Access for funding since it is expressly against Steam’s Terms of Service. One of our most successful titles, Kingdoms & Castles, decided to skip Early Access and provide their early builds exclusively through Fig. In doing so they raised more funds to polish the game and launched it feature complete on Steam - and they made millions."

Fig isn't built on altruism, though. No crowdfunding platform is. Providing a platform to raise money requires money and if crowdfunding isn't growing, then neither is Fig. If Fig isn't growing, then the platform has the potential to stagnate and close down altogether. Bailey and his team at Fig haven't been resting on their collective laurels while campaigns have failed. Instead, Fig has been tracking all of that data to better understand what happened during the campaign that failed to tip the game over the top and into "success."

With some of our failed campaigns we started to see signs that they were false negatives," Bailey noted. "For example, Starflight 3 was a campaign that was seeing 300% ROI on our marketing ads. It was clear that there was an underserved audience out there that wanted this game. Fig could have potentially spent that campaign to success, but if for some reason the marketing ROI dropped down before the campaign crossed its goal, Fig would be out all its marketing spend, which is not a sustainable business model.

"Taking this new format and applying it to Starflight 3, we could have continued to spend on marketing, reimbursed ourselves, and the fans would have at least seen an alpha version of the game - a desire that many expressed to us after that campaign ended."

What's more, if Fig notes that a campaign is really appealing to a notably underserved audience, there may be an opportunity to open up additional funding. Bailey added that it could be "just what [developers] need to become full commercial releases."

Open Access has launched with two preliminary studios and their games: Vagrus and PegLeg. Bailey explained that while Fig will be very hands on with the first several campaigns, they'll act as more of a "quality control" curator in the future. So, for Fig's Open Access pilot projects, Bailey and his team needed to ensure that the developers could absolutely deliver on their goals.

"For Vagrus, they had a very polished alpha, and we could tell from a former campaign, Hero of Deathtrap Dungeon, that there was an underserved community for this type of game, so it seemed like a perfect one to start with. The developer of PegLeg, which is a different type of game, has decided to approach Open Access with what we believe to be a very addictive and compelling early build of game that could evolve into something special. We don't think there is a one-size-fits-all type of game that's right for Open Access, and so having these two very different games utilizing it shows how versatile the approach can be."

Open Access isn't a one-size-fits-all solution. It still requires intense planning, especially around a content map, and a level of grit that some studios may not be up for. But for those studios that are looking to gear up for the long game, to play the long-tail approach to development, Early Access has the potential to be a boon for studios and consumers alike.