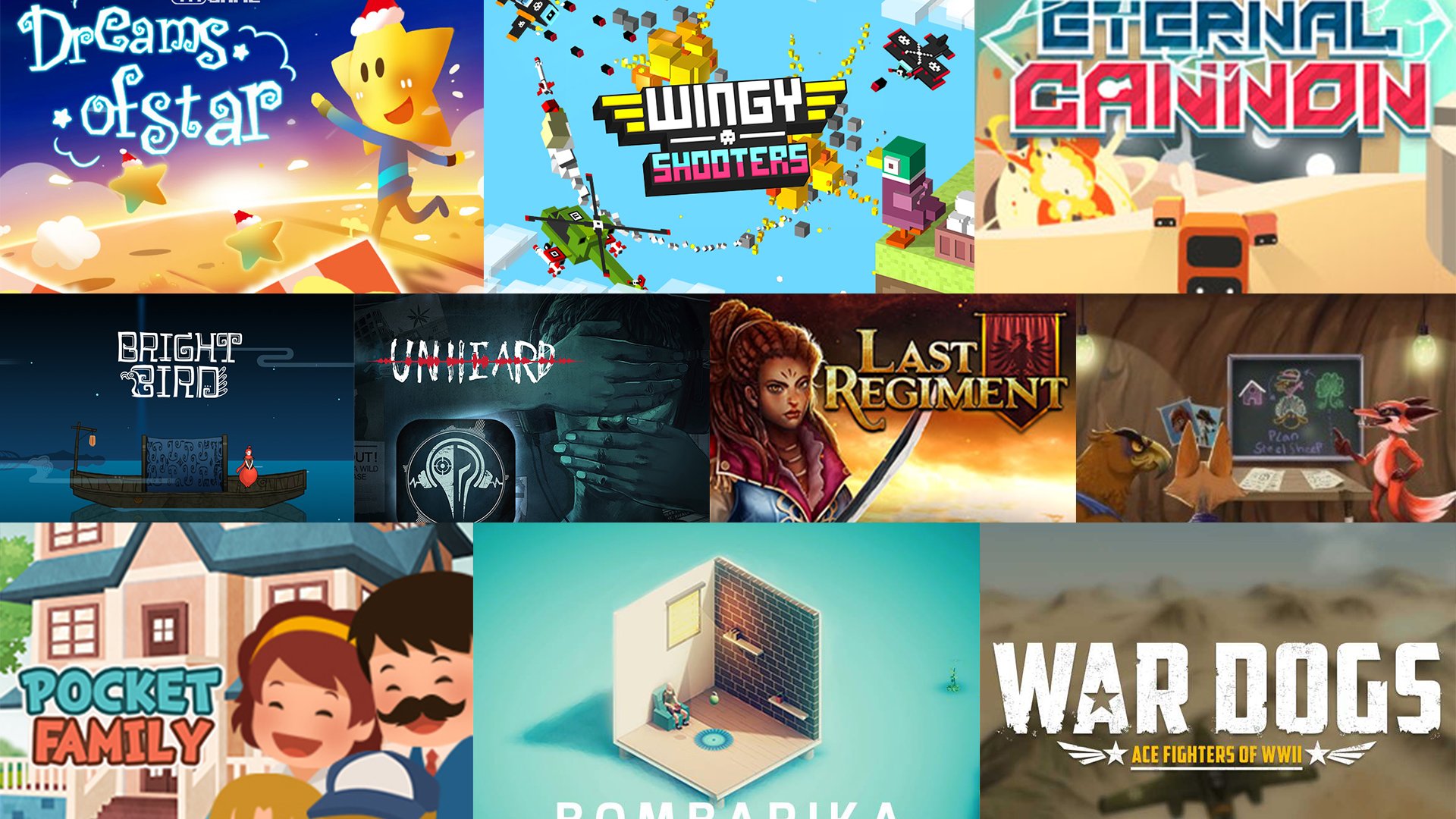 We're continually amazed by the great talent submitting their games to the Indie Prize showcase. At Indie Prize during Casual Connect London (less than two weeks away), we'll be hosting indies from across the globe. If you missed previous entries in this series, don't forget to peruse the finalists we highlighted from North America, Latin America, and Western and Eastern Europe.

Next up, we move the spotlight to take a closer look at the games at Indie Prize from Asia and Oceania. Check them out below.

What if you could hear every word spoken at the scene of a crime? “Acoustic Detectives” wanted for testing our new device! Return aurally to crime scenes and use the voices you hear to identify potential suspects and solve the mysteries. What is it that’s connecting these seemingly unrelated cases?

Bright Bird is an adventure game (seamless side-scrolling sandbox) which includes many challenging puzzles and allows you to experience poignant love and huge conspiracy. You can choose the female role “Yao” or male role “Xuan” to begin the dangerous journey. You need to find bright bird (four-eye bird) and solve the problems of air pollution.

Last Regiment is an upcoming fantasy-themed strategy game with simultaneous turn-based multiplayer and single-player campaigns following the story of a Portellan named Olivia, set in a post-apocalyptic world with Dragoons, Artillery, Orcs, Pirates, Chainsaws, and more! Form regiments of heroes and units from various factions, lead them across hex-based maps, and fight your enemies for control over all the lands and structures. Last Regiment also allows players to design their own levels through its built-in map editor.

Eternal Cannon is the perfect combination of idle tapping and tower defense, offering a unique experience with exceptional style. Eternal Cannon takes the idle incremental game style that players have come to know and love, and stretched the limits of what they can be.

Pocket Family is a free-to-play simulation game that tasks players to fix, customize and refurnish an old mansion back to life. To refurnish a room, players have to play over 400 challenging match puzzles, which will reward them with stars and coins. Stars can be used to clean rooms, repair broken walls or floors, and replace old furniture. Coins can be used to buy boosts, lives, and best of all, invite new characters to the mansion. Each character has a specific personality and interaction with the player, and they also have a power-up related to them which can help the player solve the match puzzle. There are tons of cute characters to get to know and collect in the game.

Experience the fun of saving various houses in the world of BOMBARIKA. The game starts with a Classic Bomb, which randomly drops in one particular place in the house. Most of the objects come alive in the game to help save the house from the destruction (while the humans are oblivious). Every object has different characteristics, such as pushing and blocking. Using these objects looks easy, but finding the exit in little time makes the game challenging. A variety of bombs and power-ups can be unlocked by RIKAS (collectibles) in the shop. Duplex houses, hidden rooms, multiple bombs in a single level, bonus levels, and many more fun things can be experienced in the higher levels. Simple, minimalist levels will bring happiness, joy, and calm when playing BOMBARIKA.

The artwork is a mixture of modern and retro architectural styles, complemented by well-crafted household objects, smooth gameplay, and a simple environment with stunning geometric structures. Immerse yourself in unique, melodious music and interactive soundscapes. Relaxing original music was tailored perfectly for the difficulty of the levels.

War Dogs is a World War II air-combat game featuring 24 aircraft from the five major powers of the time- USA, Germany, UK, Japan and Russia. The game features the full diverse range of aircraft that were used in the great war- dog fighters, Dive bombers, Torpedo bombers and Heavy bombers. The game has both single-player campaigns and multiplayer arena battles spread across five major theaters of war from the deserts of North Africa to the shores of Japanese isles.

The pastures are green and the day is warm. Shepherd Hazel Woof is grazing her sheep peacefully. What could go wrong on this bright sunny day? Little does she know, her sheep could be ambushed at any moment. Poacher Alex McCunning has been luring her sheep to traps he’s made. Fortunately for Hazel, Alex gets spotted and she can now take action. Will she be able to defend her sheep or will Alex steal them away? The fate of the sheep is up to you to decide. Take control of either of the two characters and prepare for a shepherding duel with your opponent.

Wingy Shooters is an endless, multi-directional sky shooter arcade game. Endlessly fly and glide, dodge the bullets, shoot the enemies and stay alive as long as you can! Features easy and intuitive control, huge bosses, and random environment with each play. Get your wings ready!

Star Dream - galaxy adventure & getting stars is a puzzle game with multi-stage levels, multi-game props, challenging puzzles and elegant graphics. Solve the problems you meet and complete the levels to collect stars. The journey won’t be too easy, but some props and tricks will help you.

You play as Ghost, a sad friend who is missing half their heart. In order to find it, Ghost must complete a series of crucial quests around town, which will allow them to complete a sudoku puzzle that will certainly lead to the other half. There’s like, also some hotdogs and belly lint…

Pico Tanks is a cute and energetic 3v3 tank mobile game packed with explosions, crazy weapons and abilities, quirky customisation, and insane online multiplayer mayhem! Nobody will be able to resist these cute little tanks and their cartoonish world. Customise your own unique tank from thousands of possible combinations by selecting a base, a weapon, a number of special abilities, and a diverse selection of cosmetic items. Every battle will feel worthwhile as players gain experience, unlock new game content, and collect new components for their tank.