Casual Connect: 'It was considered the most cardinal sin to make a sequel,' says Molyneux 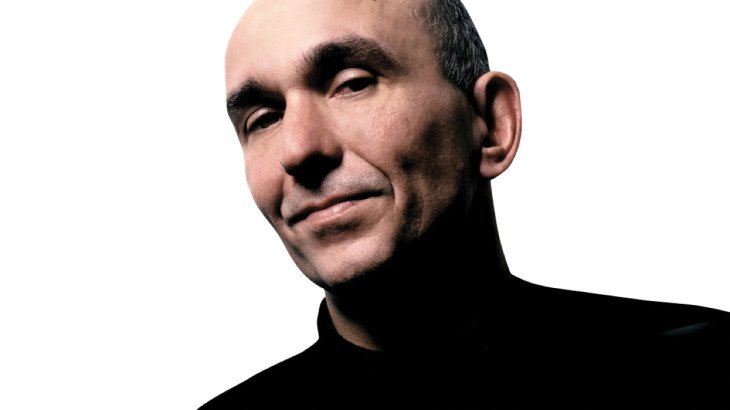 Peter Molyneux, the founder of 22Cans who has created hit games throughout his career like Populous, Theme Park, Dungeon Keeper, and Fable, took the stage at Casual Connect London this morning, accompanied by 22Cans’ designer Milo Bygrave. The talk centered around innovation and what it really means to game designers.

Molyneux, no stranger to controversy in games, made the bold statement that game designers don’t always have to reinvent the wheel and come up with brand-new ideas in order to innovate.

“It’s taken me 30 years of working in this industry to realize that’s wrong,” he said.

Molyneux said he had been obsessed with coming up with one new idea after another earlier in his career, as he shifted from new game to new game and tried to avoid sequels.

“I became obsessed with the titles I was doing through innovation,” he said. “It was considered the most cardinal sin to make a sequel. All the press would say, ‘Oh they’re just cashing in on sequels.’ [But] I could have made so much more money and been so much more successful. I should have done another Populous or Syndicate.”

Editor’s note: There have been a number of different Populous titles over the years.

Molyneux said that the anti-sequel mindset and desire to make something from scratch was something he couldn't’ break until Microsoft acquired Lionhead Studios back in 2006. In conjunction with Microsoft Game Studios, he went on to develop a number of Fable games, but he said, “In my heart, there was this craving to always work on something new and different.” He said he’d been “searching for the Golden Goose that innovation can create.”

It’s unclear if he and his team have found that so-called Golden Goose at 22Cans, which is currently working on its fourth game, an industrialist sim title called Legacy, following the well-received hiking-themed game The Trail. On stage, Molyneux said he’ll have a beta launch ready in August for his next game, although he did not explicitly state it was actually Legacy.

“We feel we’ve got a great idea that we’re working on. In my experience nurturing something that’s never been played by human beings before is likely to take years,” he added, in traditional Molyneux style.

Molyneux said that by examining comments on social media, he feels that many consumers “are getting bored and if they get bored we won’t be at the frontline of entertainment anymore. We owe it to them to give them something they’ve never seen before.”

Molyneux said that with his current studio, 22Cans, he found a team that “has embraced innovation.”

“When you’re working on something new and different, you’ve got to have an element of courage,” he said. “I look at how enthusiastic the team is. Then when we’re confident that we’ve got an idea that works and that’s delightful and then we’ll do a beta launch.”

Molyneux took some time to talk about the television industry as well, making an analogy to the games business, where he believes things tend to evolve in 7-10 year cycles. He said back in the ‘50s the TV industry was all obsessed with I Love Lucy, and the executives thought that’s all people wanted, so you ultimately saw TV shows that were clones of Lucy. Then came Bonanza and Gunsmoke, and so everyone moved on to Westerns. And on and on, until someone makes the next big thing. In the games business, some of the biggest innovations were not radically new ideas, but evolutions of existing IP, he said.

Candy Crush, Molyneux offered, is essentially an evolution of Bejeweled, but the team made it “delightful.” Similarly, Clash of Clans feels like the developers “took a simple version of Command & Conquer and Sim City and asked, ‘How can we offer something that appeals to everyone?’ And with the biggest game of the last year, Fortnite, Epic basically improved on the Battle Royale formula from PUBG and even the buggy Battle Royale mode in Minecraft.

Molyneux’s comments on innovation and iterating or improving on games that are already successful are an interesting juxtaposition to Interactive Gaming Ventures’ Jack Tretton who cautioned against chasing trends when looking to innovate.

Whether the game idea is completely fresh or an evolution of an existing formula, one of the most important factors to consider, Molyneux and Bygrave agreed, is simplicity. How can game designers make games easier to understand and more accessible?

Bygrave said when he’s working on a title at 22Cans and requests feedback from Molyneux, the answer is almost always, “make it simpler.” And then after another iteration, the feedback is “make it even simpler.” Bygrave remarked, “It took me a while to realize the impact of simplicity.”

Molyneux drove home the point with an anecdote about his early days when he was going to pitch Bing Gordon, then chief creative officer at EA, on three distinct game ideas. He accidentally ran into Gordon in an elevator before the meeting and Gordon put Molyneux on the spot. He had to be able to describe his games before they got to their floor (which was only the second floor). Ultimately, “The product has to be charming and it has to be understandable,” Molyneux stressed, noting that’s why he went with ideas like building theme parks or being a god in Populous.

With each iteration of a game’s design, the team may or may not arrive at the ultimate goal, but even if it’s way off base, Bygrave doesn’t see it as failure. The title of the session at Casual Connect was “Sowing the seeds of innovation from failure,” and that’s precisely what Bygrave believes happens during development.

“The common belief is failure is getting something that wasn’t designed. That isn’t a failure [though],” he said. “I see it as a success because we are getting closer and closer to the high quality solution we’re aiming for from the start.”