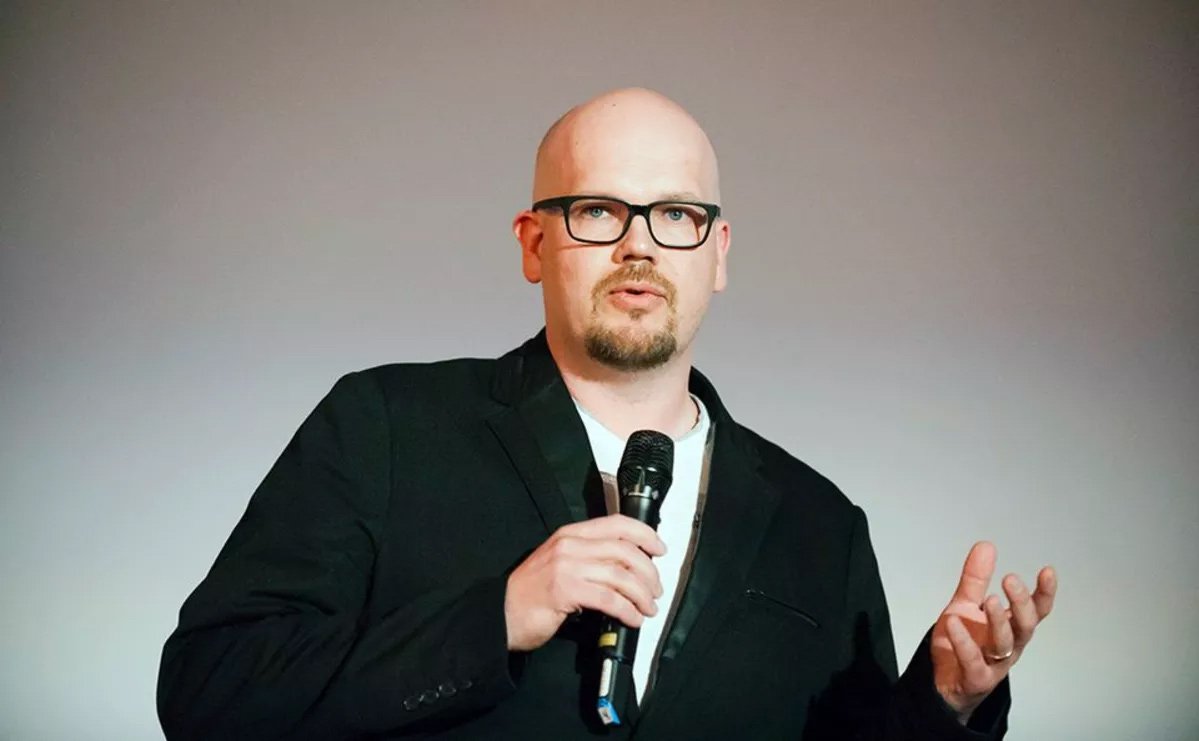 When the former CEO of Remedy Entertainment takes to the stage to talk about character, you’d be forgiven for expecting a discussion about Max Payne, Alan Wake or other protagonists from Remedy's iconic library. But when Matias Myllyrinne took the stage at Casual Connect London today he had a very different kind of definition in mind, as he took attendees on an often amusing journey through corporate culture, and how it impacts studios and games.

This year marks Myllyrinne’s twentieth anniversary in game development. Myllyrinne worked for Remedy from its inception and helped shape the studio from cult favorite to a pioneering AAA blockbuster developer. He then left to spend three years running Wargaming’s global studios. As of November 2018, Myllyrinne moved back in the indie space with the formation of Redhill Games, in order to get back to a more grassroots approach to game development.

Myllyrinne's career has been shaped by the depth and breadth of the positions he's held in the industry. His insights into how company culture takes root and endures are suitably frank, as he opens by explaining how psychology forms early in companies, as well as humans.

“Those of you who have children and have to interact with other kids, you’ll know at age 2 or 4, some kid is really kind, giving, caring, whatever,” he offers as an opening, “And somebody’s a dickhead. Chances are, the one that's a dickhead at 4 will also be a dickhead at 40.”

Myllyrinne went on to divide studios into four groups, separated by axes for Capability and Character. Those with low scores in both areas are functionally irrelevant, unpleasant to work with and unable to deliver. Those with strong character but low skills may be more familiar.

“Unfortunately, there [are] a lot of independent studios who are like this,” Myllyrinne explained. “Young companies whose hearts are in the right place, but they don’t have the capability to deliver. You have a very limited reach.'' Companies that are both attractive in character and offer great competency are the ones he deems “fruitful”, insisting that “there’s no guarantees but the odds are stacked in your favor”.

It’s the fourth group he really wanted to discuss, however.

“What happens if you have great competency but you have a terrible character?” he asked, before comparing companies like this to TV serial killer, Dexter. “If you have somebody who’s only self-interested, and only motivated by their own goals, but has zero internal compass, that’s a very dangerous organization to be dealing with,” Myllyrinne offered. “When you get into that relationship, and you realize they fall into the dangerous quadrant, those red flags go up.”

Myllyrinne went on to explain how Redhill was founded, with the hope of avoiding those pitfalls. “We spent a lot of time thinking about how we want to work, not only what we want to build, what we want the strategy to be and the financing, but also what do we value? What kind of organization do we want to build?”

He even made an announcement that would likely send a chill down the spine of most biz dev executives: “I would rather take a mediocre business idea with some great character, than a great business idea if you have a terrible culture. The chances of succeeding with the wrong character and the wrong culture are very, very low.”

The problem, he explained, is that it’s often hard for a company to be fully aware of its own culture - especially after many years of doing business. “It’s just the way things are done,” Myllyrinne said. “People don’t notice it themselves inside the organization. It’s like fish and water. It’s very difficult to ask the fish about the water.”

Myllyrinne gave an example of how this can manifest in real life.

“About a decade ago, I was in LA,” he recalled. “One of these glorious offices with marble, designer furniture, really nice couches. Famous successful people with LA teeth. Then nature calls, so I have to go to the bathroom and, to my surprise, the toilets looked like the Red Hot Chili Peppers were on tour. Nobody gave a shit apparently. What people do when nobody’s looking tells you a lot about the culture. I’m not saying that the Toilet Test is a scientifically accurate way of assessing organizational health but since that day, for the last decade, even if nature doesn’t call, I want to see the toilets before I make a decision.”

Myllyrinne is keen to tear down the symbols of corporate power that can clog up company culture, recalling the construction of Wargaming’s new offices in Cyprus, where executive insistence on private offices resulted in narrow corridors and people being boxed in. Still new to the company, he remembers being unwilling to challenge the design, but did manage to at least get windows put into the rooms.

“It kind of looked a little like Papers Please,” he explained, “Everyone had their own window. But at least you could see people, are they in, are they on a call, are they busy? Or just to say hello. Those offices had become symbols of power. If you were an executive you had your own office, which resulted in this ridiculous layout.”

For anyone pondering a move to a flat organization just to be trendy: don't.

So how does one address these creeping problems of corporatism? One of Myllyrine's suggestions is to watch out for any disparity between what the company says it values, versus what actually gets rewarded.

“You see this everywhere. A lot of companies talk about teamwork, they talk about collaboration, yet they reward individual performance. ‘Yeah, we talk about this, but when we incentivize you, we’re going to pay you for something completely different’. And then you wonder why the behavior isn’t what you talk about.”

The ability to be honest about your company priorities and stay transparent about how you’re getting is also of paramount import: “Don’t tell everybody that it’s all about the gamers if you’re putting out some piece of shit to meet your quarterly earnings per share target. Don’t tell the team it’s all about them and then fire half of them once the project goes out so you can hire somebody cheaper.”

But over his decades of experience, he’s clearly aware that this sort of mindset shift is not easy to implement if staff are used to a certain culture, even when it’s clearly unhelpful. “Unlearning is really hard. It’s much easier to do a strategy change, it’s easier to do a product change, it’s really a lot easier to do a process change. But changing people’s minds and hearts, even if they intellectually understand something, getting them to actually emotionally commit and see it through is really hard.”

He cites the case study of Procter & Gamble, which succeeded in changing the culture of its manufacturing plants by embarking on a systematic shift that took 15 years. Such luxuries may work for an FMCG (fast moving consumer goods) behemoth, but are less applicable to digital entertainment studios. “We don’t have fifteen years! In most industries today, especially in games, we need to move much quicker and we don’t have time for slow change.”

As for companies that he thinks are getting it right, he says: “I really like Seriously, the company behind Best Fiends. Very open, very hardworking. It’s probably a cliche to say Supercell, they’re very familiar as well with that kind of culture. There’s been some cross pollination with these, I’ve worked with people from both.”

Both of those examples, as well as being fellow Nordics, are also mobile developers rather than coming from the hardcore console and PC markets that Myllyrinne’s previous roles have focused on. “I think AAA console is also changing,” he said. “Previously AAA was very much about building a boxed product and then maybe some DLC, but the very nature of running games as a service means that you have to be more agile and data driven, so in that way AAA is coming closer to what’s seen as the virtues of mobile.”

Setting up Redhill Games has been a chance to put his ideas into practice. “The beauty of it is you can start from scratch. You can take a lot of the things that you liked from the past and you can leave a lot of bad things behind”.

For Myllyrinne, that means switching to Slack to minimise email clutter, doing more ad hoc standup meetings when needed, and baking transparency into the studio culture from the very beginning.