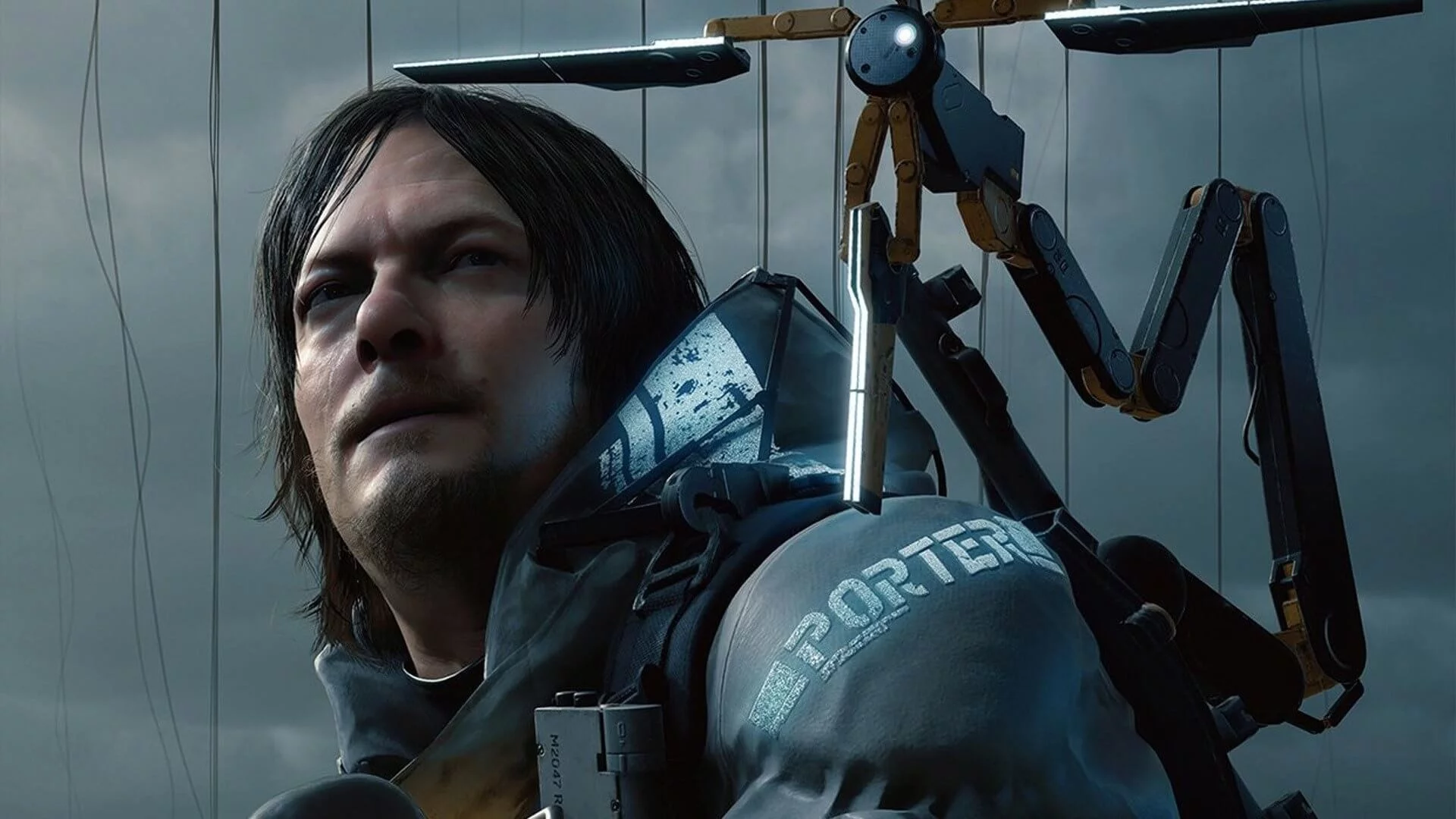 Sony’s big hitter for Christmas for PlayStation 4 will be Hideo Kojima’s, Death Stranding, launching on November 8.

Featuring several tweetteasers by Kojima himself and a near day-long stream running on PlayStation’s Twitch channel, the release date came as part of a nine-minute trailer that had all the hallmarks of what can only be called as ‘Classic Kojima’, as well as what we’d been shown to date in regards to the game’s mysterious story. The trailer also featured our first hard look of what gameplay will be like.

Death Stranding’s 2019 release is a bit of a surprise. It was expected that it’d be a 2020 game, possibly even a cross-gen release on PS4 and PS5, similar to Nintendo’s plan with The Legend of Zelda: Breath of the Wild on Wii U and Nintendo Switch (and as possibly teased by Death Stranding technical producer and PS5 lead architect, Mark Cerny). But with Death Stranding now confirmed for the end of the year, it marks the start of Sony’s farewell to PS4.

GameDaily.biz spoke to several analysts on how the year may play out, and what it might mean for potential enhanced versions for PS5.

Death Stranding is one of Sony’s last big three games for the system, now that games like Sony Bend’s Days Gone and Media Molecule’s Dreams are out in the wild. The final two first-party Sony titles will be Sucker Punch’s Ghost of Tsushima and the much-anticipated The Last of Us: Part II from Naughty Dog.

Based on how Sony handled sunsetting the PlayStation 3, it's looking like Sony’s final year of first-party games should be as much of a blockbuster period as PlayStation 3’s final year first-party output. The PS3's last hurrah saw the release of The Last of Us 1 from Naughty Dog, Beyond: Two Souls from Quantic Dream, quirky Studio Japan games Puppeteer and Rain, and Gran Turismo 6 from Polyphony Digital, which launched after the PS4 came out.

“With some exceptions, Sony has been killing it with their first-party games this generation,” Kantan Games’ analyst Dr. Serkan Toto told GameDaily. “So I think the last lap for the PS4 looks great again and just marks a culmination of the company's great run in recent years.”

But David Cole of DFC Intelligence feels Sony could end up walking a tight rope as it transitions hardware, noting the need to satisfy both investors and consumers.

“The PS4 is much more successful than the PS3 so it should have a longer downcycle,” said Cole. “It will be their major earner for several years. The reality of the PlayStation 5 is that it will face an uphill battle. Sony is walking a thin line between keeping investors feeling the company is relevant and satisfying consumers. They really need an active PS4 base to migrate over to PS5. Otherwise, the PS4 customers will start going to alternative platforms like PC, Switch, Xbox.”

Although The Last of Us: Part II and Ghost of Tsushima still without concrete release dates, PlayStation 4 is going out all cylinders blazing.Toto noted that TLOU II’s internal delay, which was rumored to have been set for an October launch, was a smart decision.

“Generally, we see the best-looking games towards the end of the generation, and it's clear the PlayStation is no exception,” Toto remarked. “There are still some big games coming, but I think Sony was clever in letting Death Stranding end 2018 before starting into the PS4's final year with The Last Of Us: Part II.”

But Cole is of the belief that TLOU II’s internal delay into next year wasn’t “intentional”, adding he doesn’t get why Sony decided to push the thought that it’s starting to kill off the PS4.” He added: “One thing [The] Last of Us 2 can do in 2020 is hopefully stop that perception. The PlayStation 4 has a lot of life left.”

Despite Death Stranding now coming out this year for PlayStation 4, could the game - as well as The Last of Us: Part II, Ghost of Tsushima and other major PS4 games like God of War, Spider-Man, and Horizon Zero Dawn - get enhanced editions in the same way The Last of Us 1 got similar treatment from PS3 to PS4 a little over a year after it came out? Or will PS5’s Backwards Compatibility program that has been batted about by Sony do the trick?

Cole believes that the enhanced editions are likely going to be Sony's answer to the cross-generational release. “I think you should start to see a period when titles come out for both systems," he said. "Enhanced versions can do extremely well. Just look at Grand Theft Auto V. Or for that matter, The Last of Us, which was remastered for PS4.”

“I think that Sony will offer remasters of the big titles eventually," Toto added. "Everybody remembers The Last Of Us looking amazing on the PS3, for example, but the PS4 version just looks a lot better. I personally am very pleased that Sony made the effort to include backward compatibility into their new system.”

Death Stranding, much like Spider-Man, God of War, and Horizon Zero Dawn, will encourage healthy hardware sales for PS4, despite it nearing the end of its lifecycle. It's clear that the PlayStation 4 is going out with a bang.