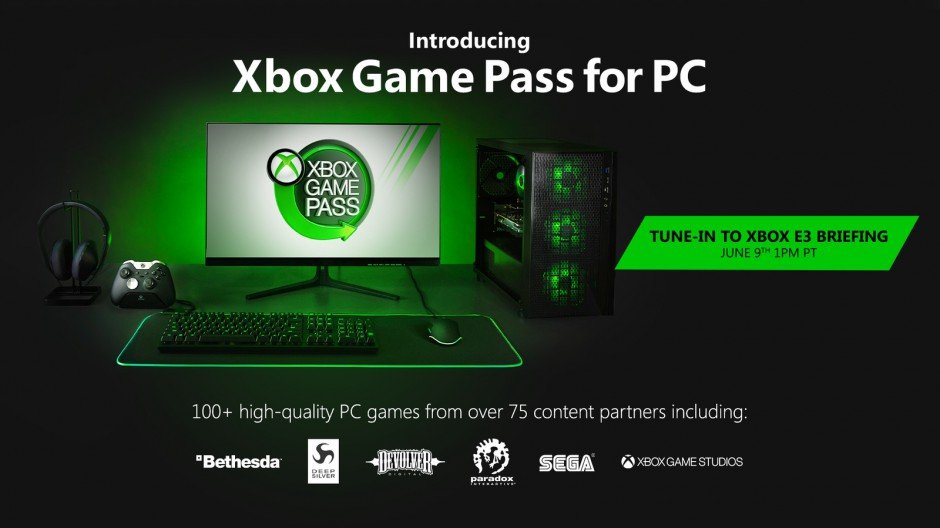 Microsoft has announced plans to bring Xbox Game Pass to Windows PCs. In a blog post on Xbox Wire, Phil Spencer, head of the Xbox brand, detailed the decision.

“We believe the player should be at the center of their gaming experience and be able to harness the unique benefits of the devices they choose to play on,” Spencer wrote. “Nowhere is that belief more important than on the PC.”

Xbox Game Pass is a subscription-based service that gives players access to a backlog of Xbox titles from throughout the brand’s history. Until now, the service, which costs $11 a month, has only been available on Xbox One consoles. Microsoft has seen positive returns through Game Pass, including players playing for longer periods of time, and playing a larger variety of games. Now, the company is looking to tap into the enormous potential of the PC market to keep the returns coming.

“As the creators of Windows, we have a unique responsibility to ensure we’re investing in experiences that benefit players everywhere, while respecting the PC community’s preference for an open, highly customizable platform,” Spencer said.

The decision isn’t all that surprising given Microsoft’s recent efforts to evolve the Xbox brand beyond simply a hardware platform. The company’s announcement that it is working together with Sony a cloud gaming project also illustrates a continued dedication to cloud-based services, which has accounted for a large majority of Microsoft’s profits over the last few years.

Offering the Game Pass service to PC players--a relatively untapped market for the Xbox brand--seems like an easy layup, but analyst Piers Harding-Rolls of IHS Markit has concerns about the move.

“The concept of an aggregated PC game subscription service is relatively untested,” Harding-Rolls said. “IHS Markit does not believe that enthusiast PC gamers...that are used to buying large amounts of games through Valve’s Steam platform at low prices will be that interested in this sort of aggregated subscription offer.” Instead, Harding-Rolls predicts that Game Pass for PC may attract subscribers only for short cycles when a new game is released.

Still, Harding-Rolls believes the decision is an organic one, and makes sense given the current service-based gaming landscape. “[This announcement] has been expected, but has taken on more significance in recent months following the collection of announcements centred on cloud gaming,” Harding-Rolls explained, citing EA’s Origin Access as an example.

Also of note is that, until now, the synergy between Xbox Live and the Windows platform has gone largely unexplored. Offering Game Pass on PC bridges two of Microsoft’s most important platforms. It also serves as a sort of testing bed for the future of cloud-based gaming.

“A download service such as Xbox Game Pass provides Microsoft with distribution flexibility as it, alongside a collection of other companies, gear up their cloud gaming services,” Harding-Rolls said. “Microsoft’s ambition is to extend its Xbox Live platform, content and services to all major types of connected device with cloud gaming technology, but there will continue to be demand for downloads during this transitional phase over the next five to ten years. Eventually, Microsoft will be able to drive more value into Xbox Game Pass by enabling access to console and PC games from any suitable connected device through streaming.”

For more news on Xbox Game Pass for PC, keep an eye on Microsoft during E3 starting June 11th.