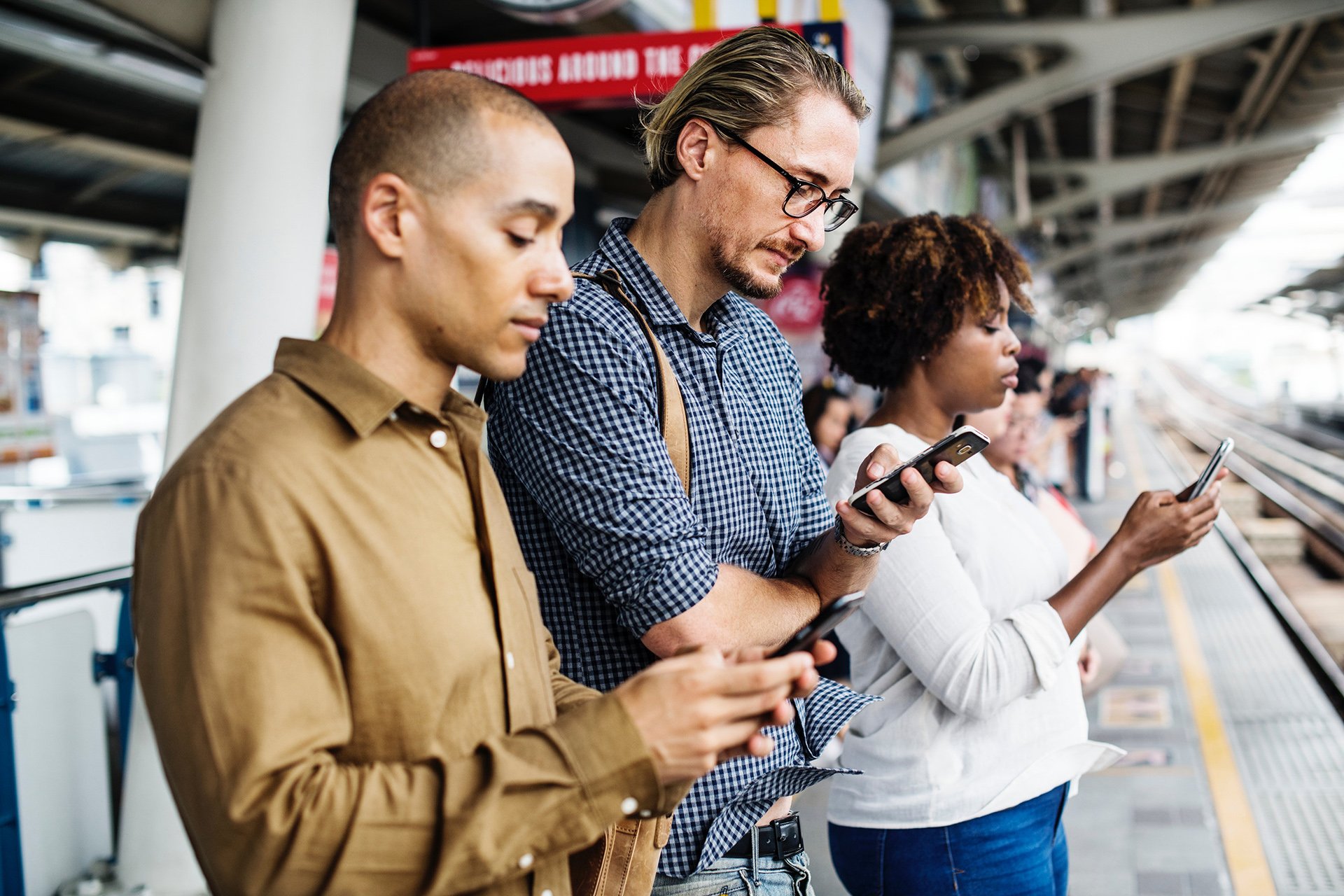 The gaming ecosystem is a huge and vital part of the broader world of digital commerce. And whether it’s through advertising or affiliates, monetization plays a key part in how that ecosystem thrives.

In the gaming economy, integrating payments seamlessly into various touchpoints is the key to its monetization. This includes game companies paying freelancers, coders, designers, and testers, enabling payments for game advertisers, and paying live streamers, in addition to supporting the growing medium of live streaming financially.

While monetizing games keeps the ecosystem thriving, how can it be done in a way that’s effective while keeping the best interest of its game players top of mind?

Laying the groundwork for healthy monetization

First things first: the game has to be created and developed. Developing and bringing a game to life means working with a large group of somewhat disparate people—from the programmers who code the game and the people who test it, to the artists, musicians, animators, and voice actors who create the game’s look and feel.

Many of these contributors might be freelance contractors. Getting all of them efficiently working together is critical to having the game released on time. These contributors depend on the game studio to pay them quickly, conveniently, and correctly for the work they do. If the game studio is using outside music and images, they will likely need to pay licensing fees and royalties, including disbursement payments to various artists. Translators may also need to be hired and paid to localize content in the game.

Another layer of complexity is added when game design contributors are located outside the country that the studio is located in. For game companies, paying them is a bit more complicated than just sending a check. Due to tax reporting implications with the IRS, varying banking regulations among different countries, and transaction fees, wiring funds is often the least cost-efficient choice. Just like in the film industry, game design teams are often dispersed throughout the world and require various payment methods and the ability to be paid in local currencies. In most cases, payment issues can arise when the game studio doesn’t communicate payment execution and status effectively with their freelance talent across the globe. Once these complexities are dealt with and the game is built, game companies can move on to the next step—promoting their game.

The game has been created and is now out in the wild—it’s time to promote it. A popular way to do this is to share games with well-known influencers, who then review and promote it on their YouTube, Twitch, and other social media channels. With millions of devoted viewers, this is a great way for a game to get attention.

But issues can occur in the form of lurking payment problems. An influencer who isn’t paid as they were promised could create negative word-of-mouth that impacts the game company; this also damages the relationship between the company and the influencer, hindering future collaborations. In order to get the most out of an influencer partnership, companies must pay the influencer on time and as promised.

Beyond influencers, another way to promote the game is through other, similar games. This is a strategy that smaller developers often deploy. Oftentimes, this strategy is used in mobile games because of the immediacy of downloads as a conversion point, in addition to the relatively low cost.

Developers may also have room within their game experience to include outside advertising. The simplest way to monetize is through a network or a system that pays a developer for placing advertising within its content. Types of systems that offer this service include Chartboost, Tapjoy, ironSource, StartApp, Vungle, and many others.

A different kind of “pay for play”

With the rise of Twitch, gaming is no longer something that people do alone. It has become a virtual community of entertainers and fans. Live streamers can be tipped by their fans with “Bits,” which are exchangeable for real money, in return for providing entertainment through commentary and teaching their viewers new skills for the games. The more subscribers the gamers have, the more money and ad revenue they can earn from Twitch.

GawkBox takes streamer revenue one step further by working with game companies to advertise on the feeds of streamers—providing viewers with free “Bits,” which they can then send to their favorite streamers. The streamer gets paid, the brands gain exposure from both the streamer and the viewer, and the viewer is now aware of the brand and is excited to participate in the community—all without having to provide their own money upfront.

There are many different points in a game’s lifecycle when getting payments right is critical, including while the game is being developed, when it’s marketed, and when live streamers share their gameplay with fans. But knowing how to monetize games effectively is only the beginning. It’s important to look at how that monetization is happening from the perspective of the game player.

Once games are in players’ hands, it’s not the end of their monetization potential. DLC can deliver an enhanced and extended gaming experience. However, it can be difficult for game companies to know where to draw the line between offering in-game purchases that augment the game and asking for too many purchases—thus harming the game playing experience.

Most people who have played a game have probably been asked to pay for an add-on at some point. Buying content can improve the game experience and help players get ahead. And creating and selling downloadable content is often necessary to keep the game company profitable. But, at times, game companies have been accused of taking this too far—taking out too much content from the game at the outset and making the game feel incomplete, only to sell that content back to players later as DLC. They’ve also been accused of making players pay for items that aren’t perceived to add value to the game. If the player’s expectations of what they should have to pay for do not match up with what the companies are asking them to purchase, problems will inevitably creep in.

The balance lies in creating DLC that players actually want to buy—making their experience more enjoyable. If game companies can walk the line of monetizing their games while still making the gameplay experience enjoyable for players, they will be successful.

The gaming payments ecosystem, just like an ecosystem in nature, is vast and varied. It has many different components that all need to work together in harmony. Game developers and artists (who are often freelancers) need to be paid on time and accurately, even if they’re in different countries. Influencers who market the game need to be paid as-promised. And paying networks and affiliates correctly needs to be a priority to maintain strong partnerships. In addition, making payments seamless to live streamers is crucial as the industry moves increasingly towards the community-driven, spectator aspect of games. Even after getting all of these payment touchpoints right, game companies then need to consider the best ways to monetize their games in a way that does not negatively impact the players’ experiences.

Payments and games are deeply connected and share a symbiotic relationship. Players wouldn’t be able to continue enjoying new games if they didn’t make money, and understanding how to monetize games at different touchpoints, while still protecting players’ experiences, is the key to ensuring this ecosystem continues to grow and flourish. 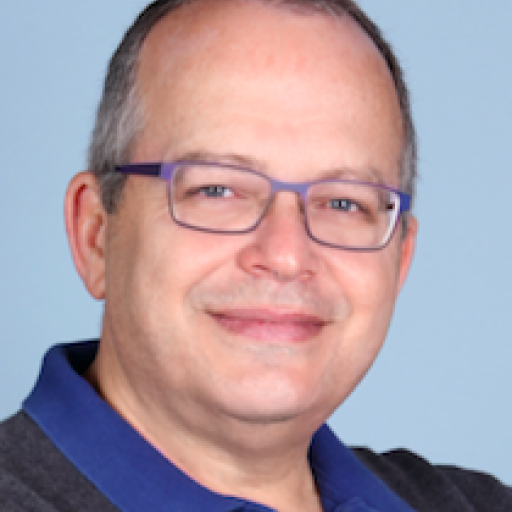 Chen Amit is a veteran tech executive, repeat entrepreneur, and the co-founder and CEO at Tipalti, the global payables automation platform provider. Prior to Tipalti, Chen was CEO of Atrica, a Carrier Ethernet company that Nokia-Siemens acquired. Before Atrica, Chen was co-founder and CEO of Verix, a provider of business intelligence software. At ECI Telecom, Chen founded their ADSL business unit and led it from inception to $100 million in annual sales. He earned a BSc from the Technion, Israel Institute of Technology and an MBA from INSEAD.