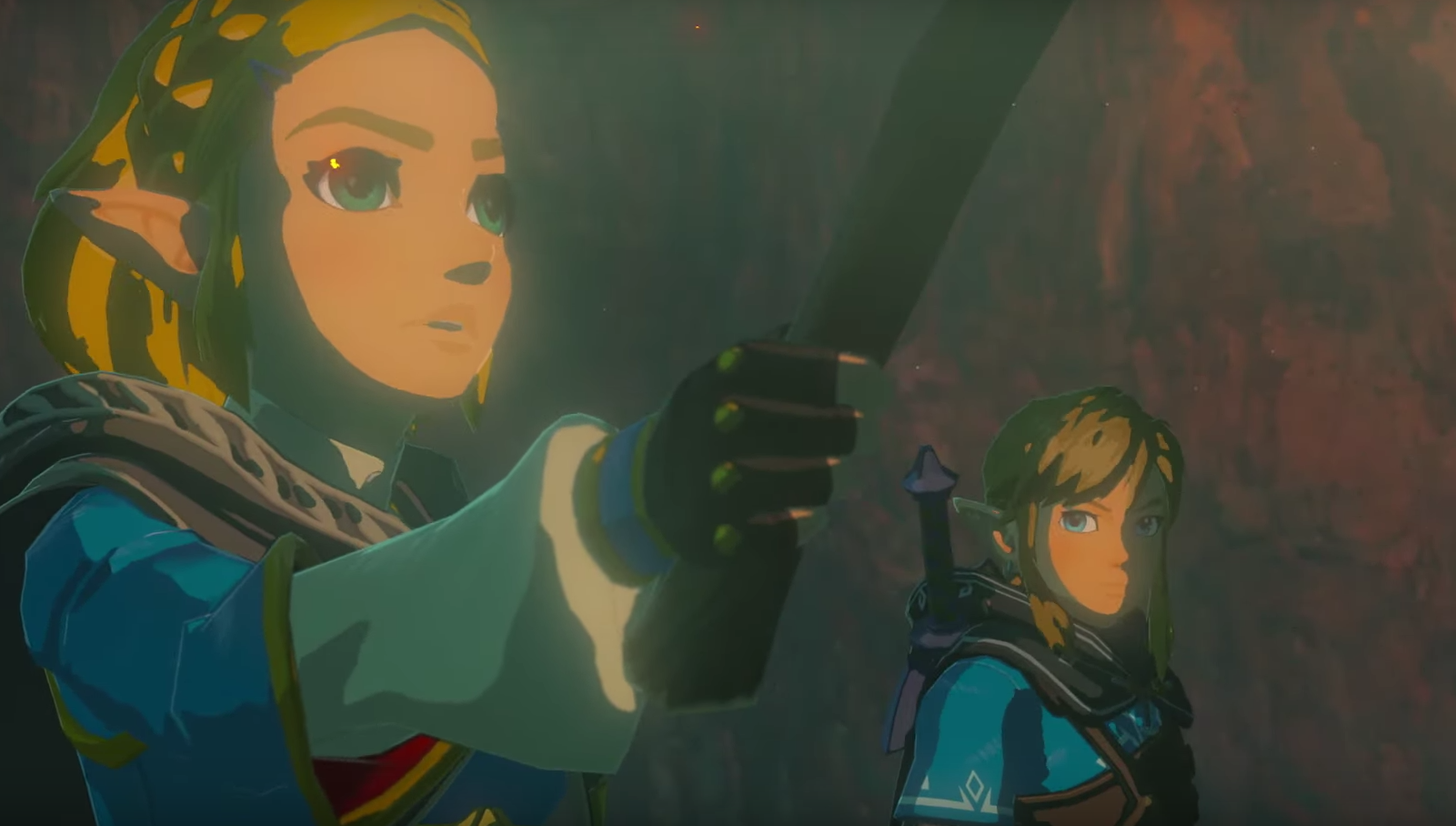 Nintendo came out guns blazing for its E3 Nintendo Direct, but no one suspected the bombshell it would drop to finish a broadcast that already confirmed release dates for several anticipated games, including the official unveiling of Animal Crossing Switch, and a big DLC character inclusion for Super Smash Bros Ultimate.

At the end of the presentation, Nintendo gave us our first look at the sequel to 2017’s The Legend of Zelda: Breath of the Wild. The trailer showed the same art style and the same Hyrule that was in the original game, but no title or release timeline was provided. All Nintendo would confirm is that a sequel is "now in development,” with Nintendo of America’s Bill Trinen noting at the start of the company’s Treehouse Live broadcast that this was not DLC to Breath of the Wild, but indeed a full new game. Breath of the Wild has been the best-selling Zelda title to date for Nintendo, selling almost 13 million units on the Switch (not counting the Wii version) as of this March.

Given the scope of these massive adventures it's easy to assume that a release date could be as far out as 2021, but considering it’s reusing assets from Breath of the Wild, and that Nintendo needs something of its own to combat the launches next Holiday of the next-gen Xbox, codenamed Project Scarlett, and PlayStation 5, there is a case that could be made for a Holiday 2020 launch. There's precedent, too, as Nintendo did release The Legend of Zelda: Majora’s Mask on Nintendo 64 only a year after Ocarina of Time thanks in part to reusing assets from that game. Serkan Toto, analyst with Kantan Games, seems to align with this line of thinking.

“I believe it will be released during the holiday 2020 at the earliest: if Nintendo can pull it off, it would indeed be a good way to counter the next-generation launches from Sony and Microsoft,” Toto told GameDaily.biz in the aftermath of the Direct presentation. But other analysts we spoke to felt it wasn’t going to launch in 2020 nor have any effect on the release of Sony or Microsoft’s next machines.

“I can see it slipping past 2020,” DFC Intelligence’s David Cole added, with IHS Markit’s Piers Harding-Rolls commenting that he doesn’t think the game “will impact [the] adoption of next-gen consoles.”

Nintendo had a great presentation outside of the next Zelda game, an improvement over "the disappointing 2018 one,” according to Toto and “quite strong on the content front,” said Harding-Rolls, although Cole added Nintendo’s aim “is on international expansion, which is what investors are really looking for. To that end, Nintendo Direct was not addressing those issues.”

Nearly a year after the game was first teased, Animal Crossing for Switch was officially unveiled as Animal Crossing: New Horizons. Brought to the island to start your villager’s new life there courtesy of the Nooks, the game will launch March 20, 2020, a delay from its previously advertised 2019 launch, but still within Nintendo’s FY2020.

“Animal Crossing being delayed should not hurt Switch sales,” noted Cole. “I think most Animal Crossing fans are on board with the Switch and for others, it is not a make or break title.” Meanwhile, Toto still sees the game “adding a significant contribution” to the company’s financial year, with Harding-Rolls adding it shouldn’t expect a massive impact on it.

“There is a lot of interesting content coming to the Switch still in 2019 even without Animal Crossing,” he said. “A later launch date for AC will shift sales a little bit, but overall I think the impact won’t be significant on fiscal year performance.”

And in another move that signals continued openness from Microsoft, which purchased studio Rare in 2002, Nintendo is bringing Banjo-Kazooie back into a Nintendo-published game for the first time in nearly 20 years, announcing it as one of two new DLC fighters for Super Smash Bros. Ultimate (the other being the summer release of the main hero for Dragon Quest XI). They’ll arrive for the game this fall.

Speaking to Kotaku, Xbox boss Phil Spencer talked about how this came about.

“The ‘how’ is not actually that interesting,” he said. “Obviously we’re one of the biggest third-party publishers on Switch, so we have great relationships with their third-party team. And you’ve seen the ambition they’ve had with every character that’s ever been in Smash and even more. So it was just kind of part of the partnership relationship we have with them.”

He added, “There wasn’t anything kind of CEO-to-CEO that had to happen. People have asked me on social [media] over many years: ‘Would I welcome having Banjo in Smash?’ and I’ve always been open to that.”

With cloud gaming being one of the big trends out of this year’s E3, and with the other platform holders ramping up their commitments to cloud services, could Nintendo possibly be investigating its own cloud gaming offering, especially with its existing partnership with Taiwan-based cloud company Ubitus? After all, cloud streaming versions of Resident Evil 7 and Assassin’s Creed: Odyssey are available for Switch players in Japan.

“Ubitus is developing an international cloud gaming service delivery capability. It’s possible that Nintendo will extend its streaming proposition to markets outside of Japan as a result,” said Harding-Rolls. But Cole doesn’t see Nintendo jumping on the bandwagon, so to speak. “Nintendo exists in its own universe. I really don’t think they are focused on a cloud game solution and I don’t see them jumping on a global game service,” he said.

He continued: “Nintendo would need a lot of help with a big cloud service. Nintendo Switch Online has some cloud features. However, Nintendo online services tend to be a messy proposition, Switch Online included (even if it is really cheap). I just don’t think that type of service is currently something Nintendo could do outside its home market.”

Added Toto: “So far, Nintendo clearly seems to have adopted a wait-and-see approach with regards to cloud gaming. The handful of cloud games that are available on the Switch in Japan do work very well, but in my eyes, they are more experimental than anything else. I am not worried at all about Nintendo even in a cloud gaming future, however. In the worst case, Nintendo would partner up with another company, at least initially.”

Regardless of its aspirations with cloud gaming, Nintendo seems to have a great spread of games coming across a majority of the year, between the upcoming Super Mario Maker 2 in a couple of weeks on June 29 through to Animal Crossing: New Horizons on March 20, and hotly anticipated games such as the Zelda: Link’s Awakening remake, Luigi’s Mansion 3, and Pokemon Sword/Shield all in time for Christmas.