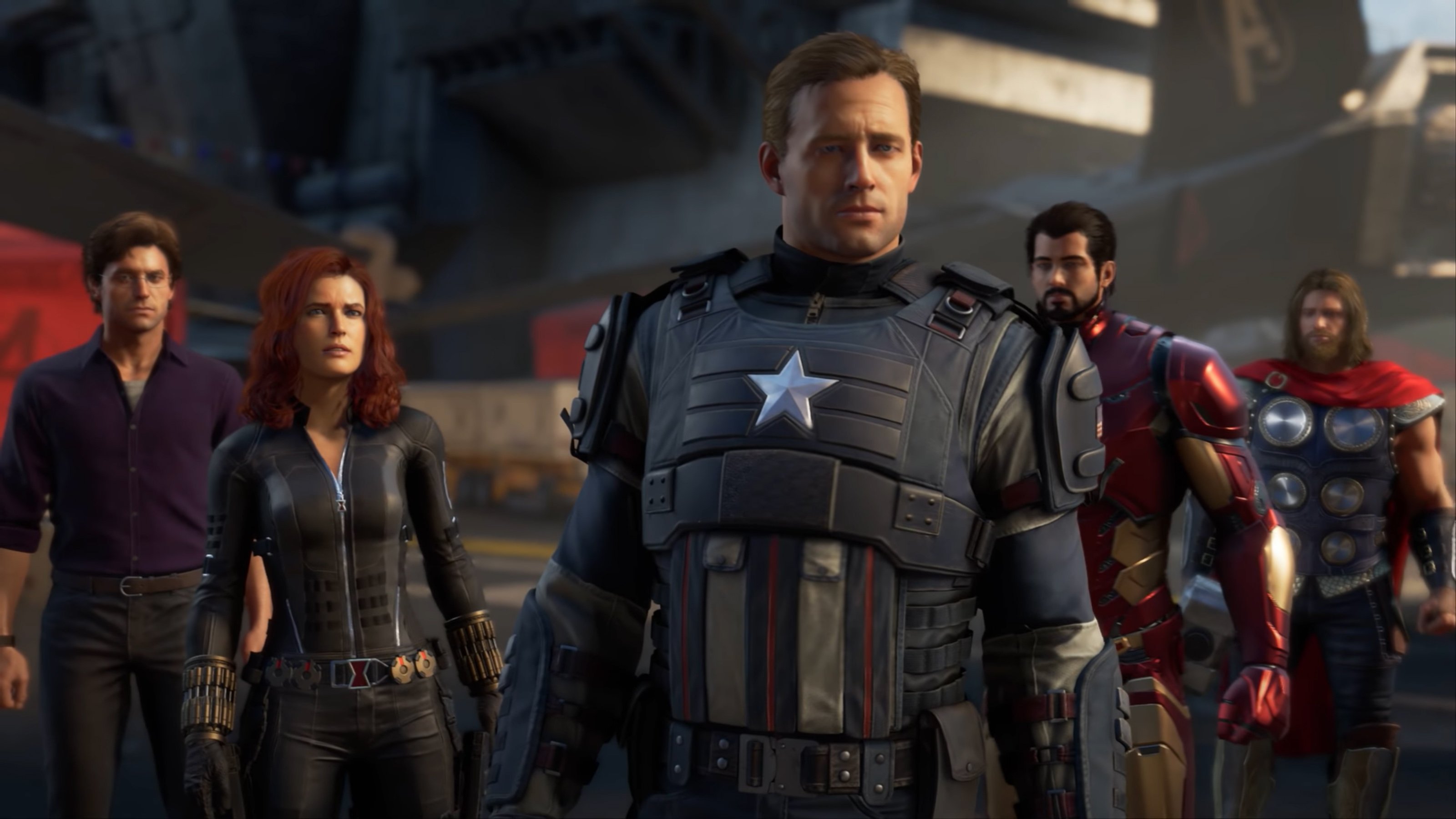 Marvel has every reason to be careful about its most popular characters, even those that have exited its cinematic universe. But Crystal Dynamics and Eidos Montreal are being given a long leash for Square Enix’s Marvel’s Avengers. As long as their game fits the “Marvel DNA,” the team is free to tell their own story.

But what is the “Marvel DNA”? Lead designer Philippe Thieren describes it in terms of how Marvel works with its partners rather than the content of the game.

“Marvel wanted us to tell our own story,” he told GameDaily. “We've enjoyed getting input from them. The way that this works is we'll say, 'We want to do a certain thing or tell a certain story.' Then someone like Bill [Rosemann, Marvel Games vice president and creative director] will tell us about things from comic books 50 years ago that we may or may not know.”

Just as Insomniac was given room to create a unique version of Spider-Man for its wall-crawling adventure, Square Enix’s studios are able to build their own vision for the Marvel universe. And while the team is mum on their branch of the multiverse’s numerical designation (the core comics take place in universe 616, while the Marvel Cinematic Universe is 199999), this does appear to be a new crop of Earth’s Mightiest Heroes (even if their costumes strongly evoke the MCU’s aesthetic).

That also means that the cast is completely up to the developers. Every villain is hand-selected. So is each hero.

“The important thing to keep in mind is that this is our own thing, so who gets recruited into the Avengers is up to us,” Thieren said. That means that there is no restriction on which of Marvel’s colorful characters can be added to the game, even those that have never been part of the comics Avengers team.

Even though Marvel’s Avengers is a wholly new game, it begins with a major story beat similar to Avengers: Endgame. The Avengers suffer a catastrophic blow, with the destruction of their new helicarrier (The Chimaera) and the subsequent annihilation of San Francisco.

Captain America is presumed dead. The remaining Avengers (Thor, Hulk, Iron Man, and Black Widow) are outlawed and disbanded. The world has been upended, and heroes are now seen as villains.

It’s a potent narrative thread, even if it emotionally echoes Endgame. All of that is backed up by a pre-alpha demo that showed off each of the five core heroes’ abilities. Thor summons lightning and bashes enemies with Mjolnir. Captain America has a variety of shield moves close up and at range. Iron Man sports unmatched firepower. Black Widow uses guns, martial arts, and her electrical sting. And Hulk? He just smashes.

It all comes together in combat that is reminiscent of Sony Santa Monica’s award-winning God of War combined with the fluidity of Insomniac’s Spider-Man. How that might change between now and release is anyone’s guess, as there’s almost a year remaining. Regardless of how the combat shakes out, these are big acts to follow.

Each hero appears to have a number of cooldown-based special moves with an iconic ultimate like Iron Man’s unibeam or Thor calling down a lightning storm. According to Thieren and lead producer Rose Hunt, Avengers features linear moments that locks you into specific heroes and moments in which you can choose your favorite.

While Avengers can be played solo, it’s designed as a cooperative, service-based game. Square Enix has promised no randomized loot boxes, no pay-to-win monetization, free additional heroes, and more story content at no charge. That draws a line around how the publisher is going to pay for ongoing service development.

Hunt says that Avengers will feature extensive cosmetic customization, which makes sense based on Marvel’s storied history. Square Enix isn’t talking about how it will be financing its post-launch aspirations, but cosmetic microtransactions seem most likely.

Players can also tune the heroes to their own play style, focusing on different skills. That wasn’t shown off in the demo, but Crystal Dynamics seems to be targeting a game flow similar to Destiny. That means building out your Captain America as either a brawler or a ranged threat with shield throws or focusing on hammer attacks or lightning with Thor.

Once you’ve reassembled the avengers five years after the tragic events of “A-Day,” you’ll gain access to a base of operations. From there, you can tackle narrative missions with friends. There are also hints that there will be other, more freeform activities to tackle with your friends.

For now, Crystal Dynamics and Eidos Montreal are focused on high-level, original narrative and being faithful to the ephemeral concept of “Marvel DNA.” At first glance, this version of Captain America and company is aspirational and ambitious.

E3 demos for newly revealed games aren’t always the meatiest looks at gameplay. Publishers sometimes opt to kick off a long marketing campaign by setting the tone, introducing the vision, and leaving more questions than answers. There was enough on display to demonstrate the potential in Marvel’s Avengers.

There are big questions left unanswered, though. How will cooperative play work? What kinds of content will pull players back in over time (and inspire them to spend money on whatever in-game monetization options are on offer)? Will Crystal Dynamics and Eidos Montreal live in the MCU’s shadow, or will it soar on its own thrusters?

There isn’t nearly enough to predict how this game will shake out, but the first look leaves us eager to know more.