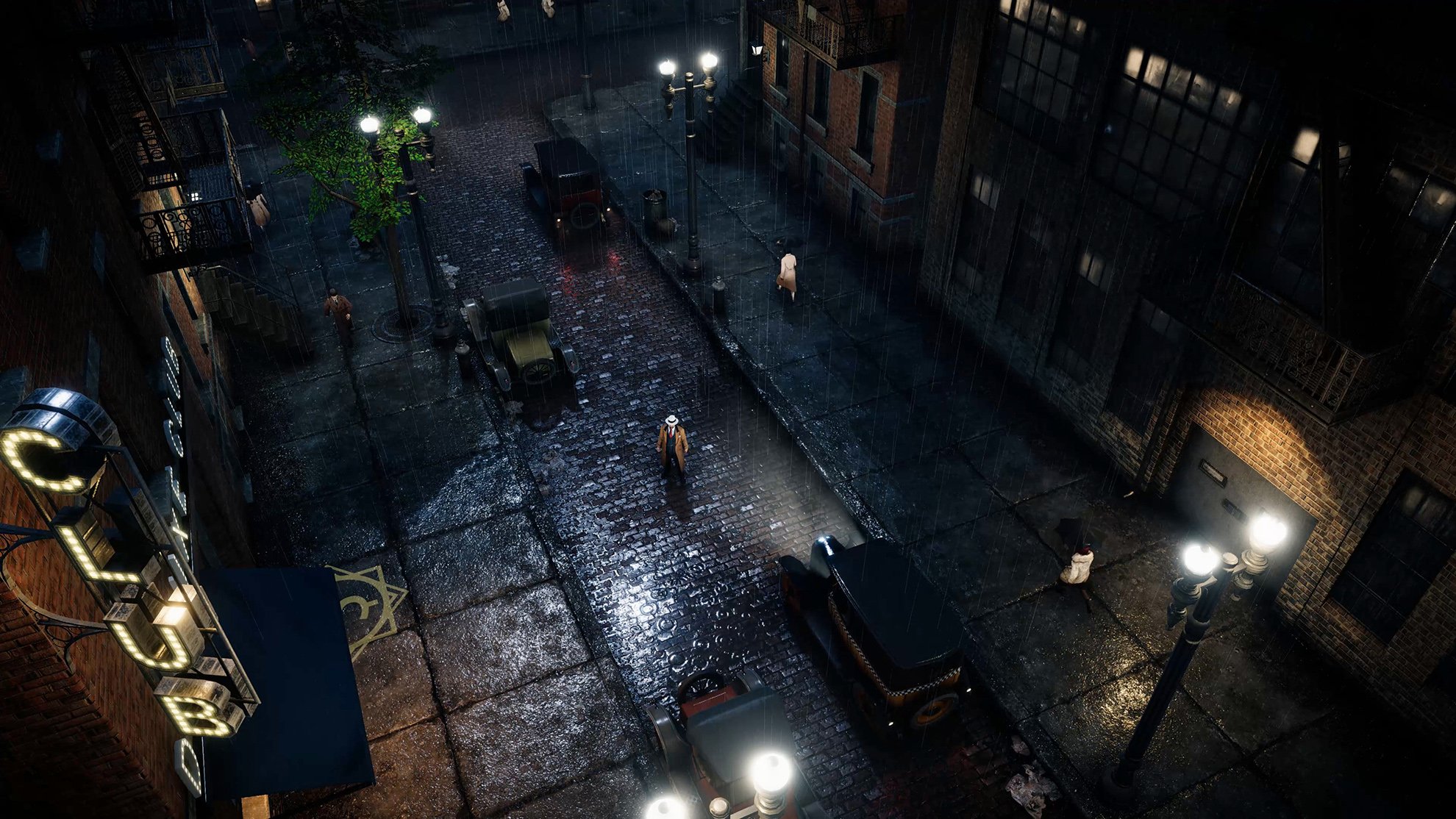 Brenda Romero has wanted to make Empire of Sin for a long time. In fact, this idea has been brewing for the better part of her career, which began with 1981’s Wizardry. She has been part of a number of groundbreaking projects, including 1994's Jagged Alliance. The Sopranos is her favorite show, and she adores Chicago in the 1920s.

“We pitched this game to Paradox,” co-creator John Romero told GameDaily. This game is Brenda’s design. She’s the lead game designer. She’s wanted to make this game for 20 years. When we moved to Ireland to start a new game company after we shut down our social game company, she said, ‘I’m doing this pitch. I have to make this game now. It’s historical and it’s a strategy game, so Paradox was the perfect company to pitch it to.”

On Twitter, Brenda Romero pointed out that Empire of Sin is particularly notable due to the combination of being a product of woman-led development and woman-led publishing.

And if you’ve been paying attention to her work, you’ll see elements of Jagged Alliance’s character personalities and other aspects of games she’s worked on come through in Romero Games’ latest. While she wasn’t on hand to discuss the project with GameDaily, her development partner, Doom co-creator John Romero, showed off what players can expect from the strategy game.

Empire of Sin takes elements from Firaxis’ Civilization and XCOM franchises while mixing in an engaging social layer with elements seen in The Sims. Players take on the role of one of 14 bosses, with a mix of historical figures like Al Capone and original mobsters.

Players start as a new gangster in Chicago, with nothing but a safehouse to call their own. The neighborhood already has an organized crime presence.

In order to start making money and pursuing the singular goal of total domination, players will need to ruffle some feathers right off the bat. In the E3 demo, that meant sending Al Capone into a rival boss’ speakeasy and shooting up the place to take it over.

There are multiple layers in Empire of Sin. The strategic play allows you to manage your empire, target opposing crews’ operations to takeover, and purchase empty buildings to turn into a brewery, casino, brothel, or speakeasy. This is also where you can manage your crew, name someone an underboss, and promote lieutenants.

There’s also turn-based tactical combat. Each combat encounter plays out round-by-round, similar to XCOM. You’ll grab cover, take aim at foes, and use special attacks like the Tommy Gun sweep to control the fight. The speakeasy fight at The Berghoff ended quickly, and the establishment fell under Capone’s control.

In order to start earning money from the illicit bar, players need to provide it with alcohol. The safehouse has a small brewery in the basement, but you’ll want to acquire standalone breweries through purchase or theft. You can craft your own brews, tuning the quality and even adding poison to backstab another boss foolish enough to purchase from you.

In a pinch, you can also hire friends north of the border to bring you some Canadian Whiskey. There’s always a risk that the feds will intercept the shipment or that it will get hijacked by a rival gang, though.

After making his mark, Capone finds he’s drawn the attention of some of Empire of Sin’s “recruitable playable characters” or “RPCs.” Each of these has their own name, backstory, and relationships. You might find it easy to recruit your hired gun’s friends, but you could also be in a situation in which friends are on opposite sides of a turf war. They may choose not to follow orders to shoot at their friends.

Things get even more complicated if you’re dealing with two characters who are in love. If they end up on opposite sides, they may simply escape the battle together. There are also love triangles, which can even further confuse the situation. Lovers can also be vengeful. Hell hath no fury like a (wo)man scorned by your carelessness. If you happen to let someone die in a shootout, their partner may very well decide to seek revenge. The last thing you need is another enemy on the streets of Chicago.

One of the interesting interplays between the tactical and the strategic levels is how combat choices impact RPC personalities. Once an enemy is down and bleeding out, you can choose to execute them so they can’t rejoin the fight. Do that enough times with the same character, and they’ll gain the “cruel” trait. This makes them tougher in a fight, but your other hired guns and thugs might not want to work with them. Even more executions might trigger the “serial killer” trait, which makes them one of the most formidable foes in a fight and wildly unpredictable. You never know when they’ll defy orders.

Other traits, like “bodyguard”, don’t have a downside. RPCs with that characteristic move to protect the boss. If you have both a bodyguard and your leader in a fight, the former will always act first.

If you make enough noise and tread on another boss’ turf, you might be invited to a sit-down. Whomever does the inviting gets to set the location, which means you could find yourself at a disadvantage if relations deteriorate. You can always choose to start a fight, but you might decide it’s better to smooth things over. In the E3 demo, Capone could have opted to perform a hit for the opposing boss to even the score. Instead, he declined and a shootout started.

Depending on how long fights go on, the police, the Bureau of Investigation, or the Bureau of Prohibition may get involved. These “good guy” factions exist to confound both the player and the opposing bosses. When the dust settles, survivors can loot the fallen. Empire of Sin features a variety of different weapons and explosives with an RPG-style loot grading system.

When Empire of Sin launches in spring 2020 for PC and Mac (culminating nearly three years of development), it will be fully moddable. While you won’t see any bosses in the game from The Sopranosor Boardwalk Empire at launch, these are ripe targets for community content creators to add on their own.

Romero Games’ latest is one of the most intriguing surprises from E3 2019, taking the best from three different game styles. In our first look, the blend feels great, scratching the itch for high-level strategy and micro-level tactics while serving up a social layer that brings the roaring ‘20s to life.