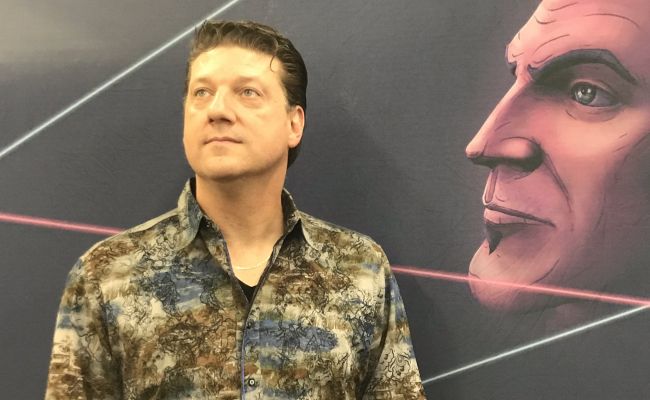 A new filing in the ongoing legal struggle between former Gearbox corporate counsel Wade Callender and studio president Randy Pitchford provides evidence for one of the suit’s most damning accusations.

In late 2018, Pitchford sued Callender over a series of financial matters that include allegations that Callender misused company credit cards for personal expenses and destroyed evidence related to a home loan funded by the studio. Callender countersued a month later, in December 2018, presenting a salacious account of a USB drive full of pornography and sensitive corporate documents left by Pitchford at a Medieval Times restaurant.

One of many allegations included in the suit indicates that Pitchford syphoned $12 million in Borderlands bonuses intended for the studio. At the time this came to light, in January 2019, Gearbox vehemently denied the entirety of Callender’s accusations.

“The allegations made by a disgruntled former employee are absurd, with no basis in reality or law,” the studio told Kotaku. “We look forward to addressing this meritless lawsuit in court and have no further comment at this time.”

On June 12, 2019, Callender’s attorneys submitted a new 76-page filing that includes an amendment to the Borderlands 3 contract between Gearbox and 2K (originally dated November 29, 2016) that references the $12 million (plus another $3 million for remaining Gearbox co-founder and chief financial officer Stephen Bahl). This contract amendment includes a clause titled “Bonus for satisfaction of dedicated executive requirement.” This clause states that the Developer (Gearbox Software, LLC, as defined by the contract) is eligible for a “recoupable” $15 million bonus.

In other words, upon satisfaction of the terms, publisher 2K Games would pay out $15 million to Gearbox split into three payments of $5 million each. These are funds earned by Pitchford and Bahl in their roles as Gearbox employees. 2K Games very much wanted Pitchford and Bahl involved in the project, and the clause ties the $15 million to three key development milestones (including “release to master” or what is commonly called “going gold”), their “attentions toward the development and success of” Borderlands 3, and their personal engagement for 30 hours per week. The word “recoupable” is important, because it indicates that the bonus was part of 2K’s funding of Borderlands 3’s development and, like most publisher expenses, must be paid back by way of royalties after the game ships.

In Callender’s original complaint, he alleged the misappropriation of funds. In his most recent amended petition, he and his attorneys have provided both the original contract clause and an amendment to the “Bonus for satisfaction of dedicated executive requirement” clause. The March 1, 2017 amendment authorizes 2K Games to divert Pitchford’s $12 million recoupable bonus to his personal company, Pitchford Entertainment, Media, and Magic. The document, which is redacted, does clearly bear signatures for both Gearbox and 2K representatives.

In addition, the latest amendment specifically points to Gearbox’s repeated insistence that “Callender was lying so egregiously” that the studio threatened to take action against Callender by filing a grievance against him with the State Bar of Texas. Gearbox has not followed through on this threat.

While we now have proof that funds were originally intended to be paid to Gearbox have since been diverted to Pitchford’s company, there are factors that we still don’t fully understand. Pitchford is a 50% owner of Gearbox Software LLC and has 51% operational control (with Bahl controlling the rest). According to attorney Richard Hoeg of The Hoeg Law Firm, the ownership situation could confound the matter.

“If the royalty were just owed to Gearbox on the whole and then Randy diverted it, it would look very much like stealing,” Hoeg told GameDaily via email. “As an officer or director you owe a duty to protect the assets of the company. That’s usually divided into a duty of loyalty and a duty of care. Here the duty of loyalty is very much implicated, as one could argue—as they are in fact arguing—that Randy took a business opportunity directly out of the hands of the company he owes this duty towards."

However, because the clause is written to specifically name Pitchford and Bahl, a case could be made that he earned those funds directly.

“It was likely Randy negotiating the agreement directly, so that brings up its own concerns, especially if the plan was always for Randy to receive this $12 million,” Hoeg continued. “In fact, if he weren’t in functional control of the company, I wouldn’t doubt that if such a provision were in an agreement of this type, that he could go to his board and CEO and say, I deserve a portion—or perhaps even all—of such bonus amount. The issue is that he is in control of the company, and I’m not sure they went through the proper corporate processes to ‘cleanse’ any such decision to divert the funds to his magic company. Such a cleansing action would ordinarily take place through the approval of “disinterested” directors and/or stockholders. In other words, if the folks that are not directly benefiting from the contract or payment approve of it, generally, the law is going to be okay with it. It’s the kind of thing a general counsel would recommend.”

With the new documents coming to light, Pitchford’s attorneys filed a motion to enforce a protective order the parties previously agreed upon to protect confidential documents between Gearbox and 2K Games. That motion was denied, as Callender’s counsel pointed out that these documents were not part of discovery and, therefore, could not be included in the protective order.

We reached out to Gearbox to offer the studio a chance to update its categorical denial of Callender’s allegations. The studio declined.

However, publisher 2K did share a statement on the matter.

“We don’t publicly discuss the details of confidential business terms between 2K and our partners,” a company representative told GameDaily via email. “In addition, it is our practice not to comment on our business partners’ legal matters.”

A jury trial is currently set for January 7, 2020. However, a settlement may preclude the need for a public brawl. This is an emotionally charged feud between two childhood friends and former business partners amid an enormous marketing rollout for one of this fall’s most anticipated games.

No matter who wins in front of a judge, Gearbox is losing in the court of public opinion. Each new element of this story that comes to light overshadows the work of the studio’s developers and the long-awaited Borderlands 3.